The charity is asking people to stop donating goods, and more importantly, to stop dumping. 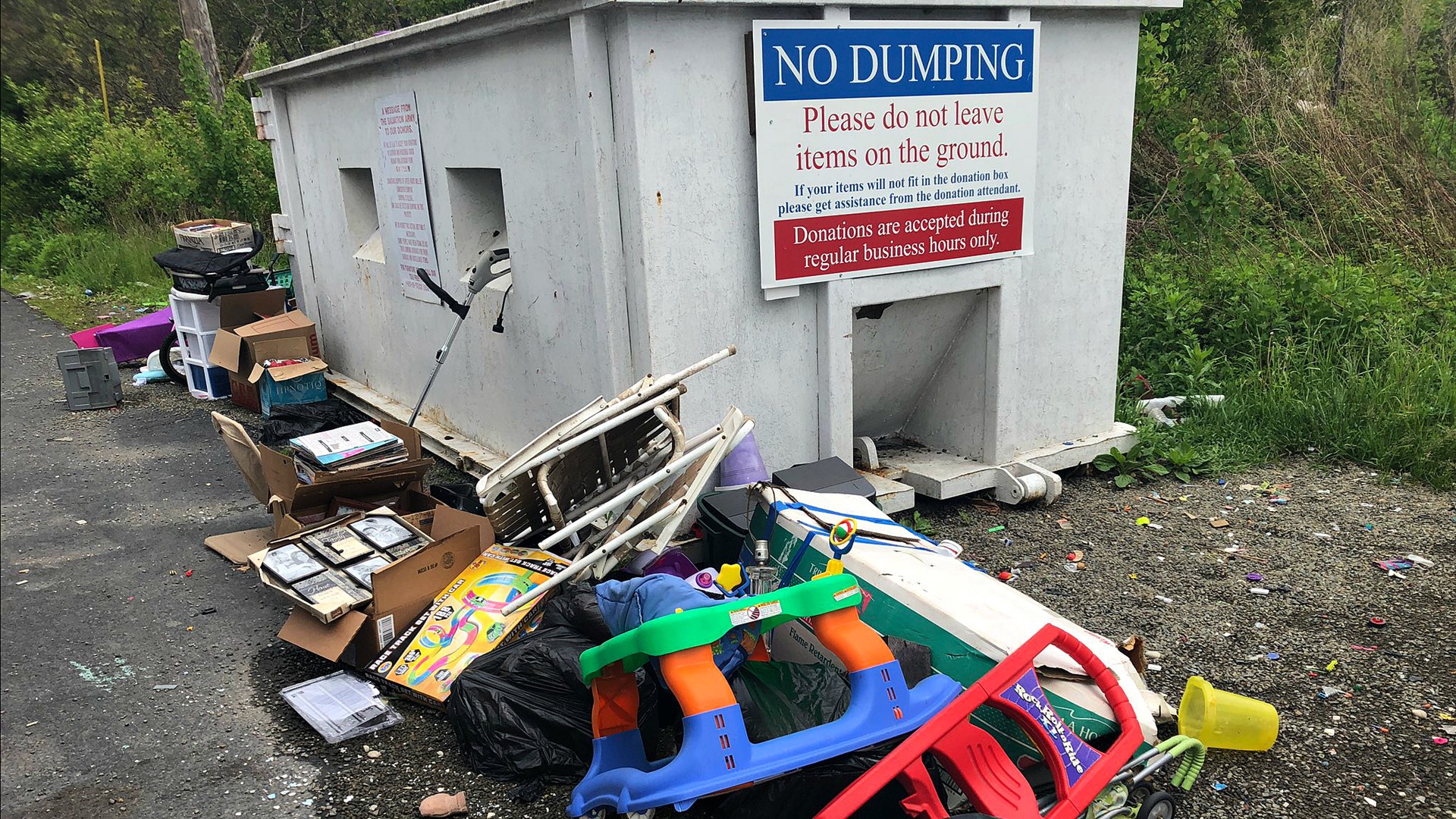 MOUNT POCONO, Pa. — Charles Grady showed us one of the many broken, dirty, unusable items that have been dumped outside the Salvation Army Thrift Store in Mount Pocono.

Grady is a truck driver for the organization, a job he takes great pride in. But he's been spending his days hauling garbage to a landfill instead of picking up donations.

Grady tells us people come here at night, when the cameras can't catch them, to dump their trash or items they just don't want anymore. Some of it could be salvageable if it was donated properly.

"Nice sneakers here, nice clothes here, but all this stuff is soaking wet because they didn't throw it in the bin," said Grady.

Grady and his coworkers spent the morning cleaning up.

The Salvation Army drivers say this is actually a light trash day. Usually, the garbage is piled up all the way to the top of the truck.

The drivers say this has been going on for a long time, at several Salvation Army locations, but adding to the problem is the fact that the warehouse is full to the brim. The thrift store here is having to turn away donations.

"We're asking people to hold on to them and just bring them when things get back to whatever we call the 'new normal,'" said store manager Debra Ault.

Chris Huggard brought several bags to the store, hoping to donate. He was told to try again tomorrow.

"You shouldn't dump, you should just take it back home. There's a lot of people that need this stuff," Huggard said.

It's a message Charles Grady wants his neighbors to hear loud and clear.

"This is not a dumping site. This is not a garbage business. We're in the business of 'doing the most good' and helping folks and children out," he said. "We cannot do that if you folks don't help us out."