SMITHFIELD TOWNSHIP, Pa. — Ice flew off a tractor-trailer on Interstate 80 in Monroe County on Tuesday, hitting a car and sending a passenger to the hospi... 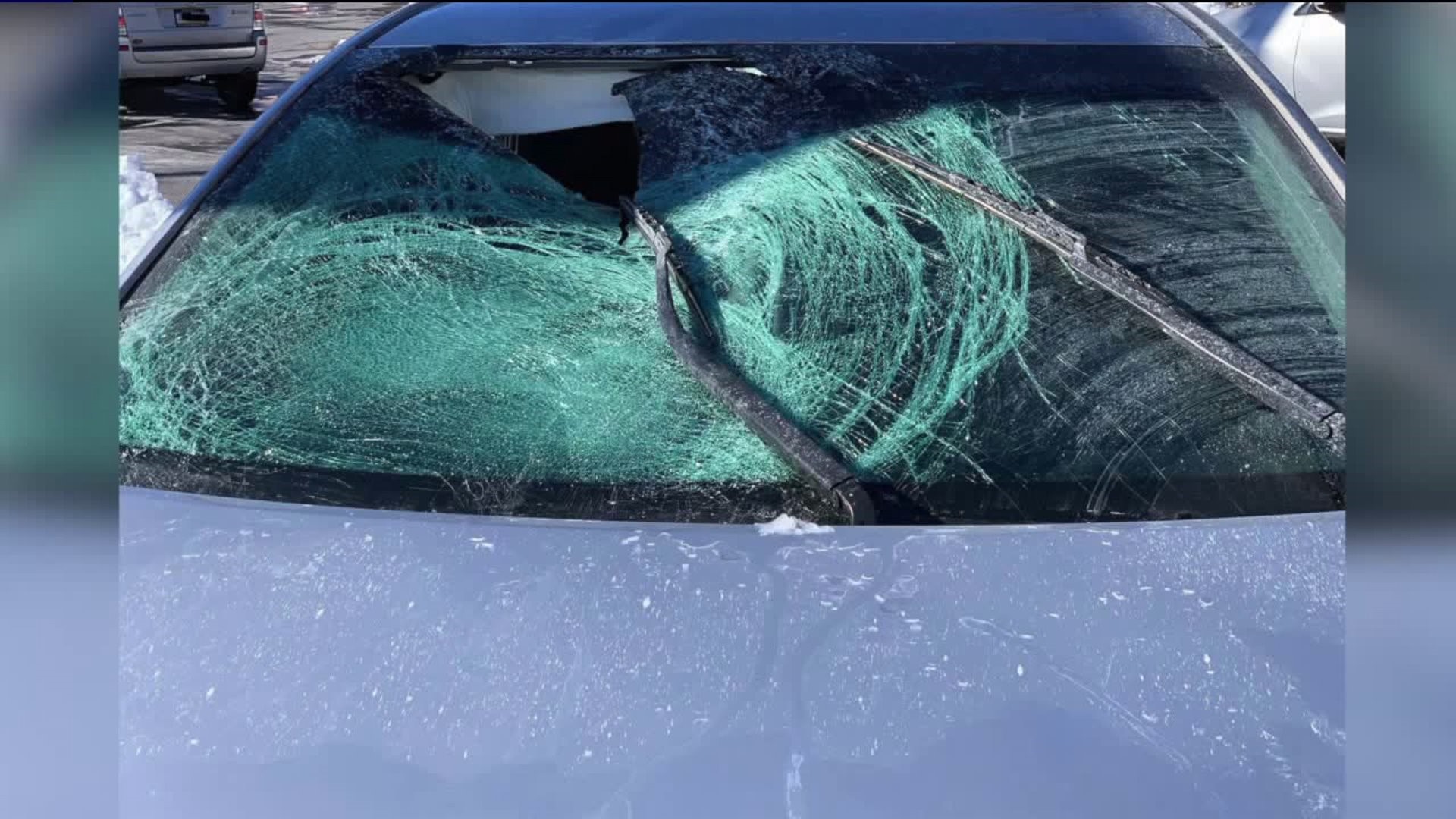 SMITHFIELD TOWNSHIP, Pa. -- Ice flew off a tractor-trailer on Interstate 80 in Monroe County on Tuesday, hitting a car and sending a passenger to the hospital.

State police are calling it a hit and run.

State police tell Newswatch 16 a car was traveling along Interstate 80 east in the Poconos, when ice flew off a tractor-trailer traveling westbound and landed on a car's windshield, injuring a passenger.

A Facebook picture from the Marshalls Creek Fire Company shows the damage.

Emergency crews say the crash happened around noon on Interstate 80 near mile marker 308 in the area of Marshalls Creek.

Troopers say a man from New York had to be taken to a hospital for his injuries.

"It is one of those things where if you take an extra couple of steps, it could really end up saving a life. It could really turn into a big deal by not cleaning off your car," said Bryce Williams of East Stroudsburg.

"I watched ice fall off a car earlier and off a truck, and it's dangerous. You're swerving all over the road. It can hit the windshield. It can hurt people. It's dangerous. It's scary," said Gage Hayford of Cicero, New York.

State police say it is the law that you have to clear off your car before hitting the road or you could be fined up to $1,000.

"We always clean the car. It's the policy, right? I would say you have to do it every single time, 100 percent of the time," said Evan Paradiso of North Haledon, New Jersey.

Even still, tractor trailer drivers say their best travel safety tip in icy weather is to stay back.

"Please everyone, keep at least 50 to 100 feet back so that if anything flying off the back of that truck won't hit your vehicle," said Donald Eldridge, a tractor trailer driver.

Tractor trailer drivers say it is difficult to get all of the ice off the roof of their vehicles, but they say it's worth it because it could save a life.

"It's just difficult because it's really dangerous when you're that high up and trying to shovel, so a lot of slip and falls happen. It's difficult for dry vans to get all that snow off," said Jeremy Short, a tractor trailer driver.

"I do everything that's required by law and then some," Eldridge said.

More icy weather is in the forecast for Wednesday, so state police remind drivers to clear off the roof of your car before you hit the road.

State police say this crash is still under investigation.

As for the injured passenger in that car that was hit by ice earlier, there is no word on his condition. 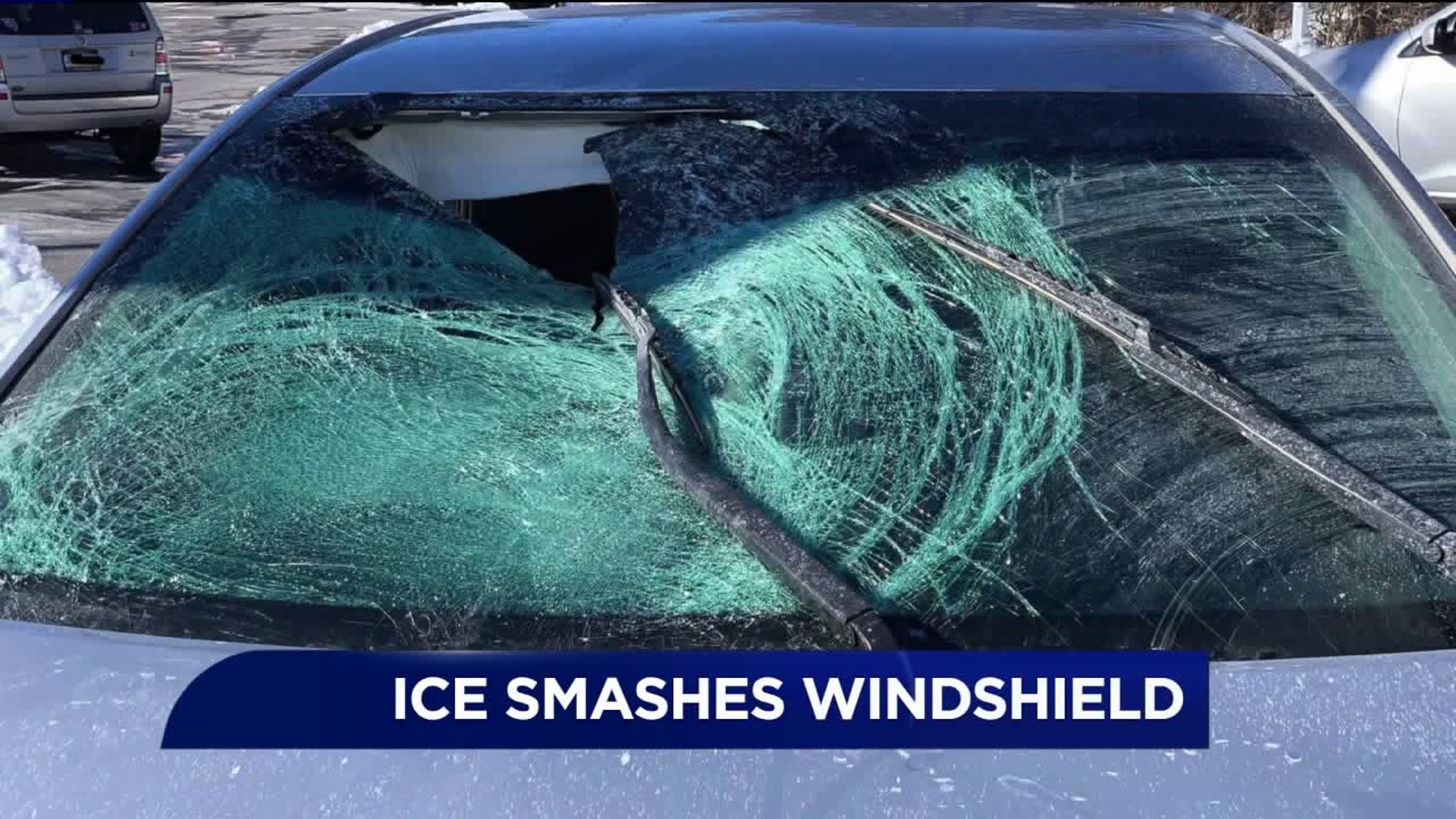