The manhunt for Eric Frein is now affecting hunters. The Pennsylvania Game Commission announced it is temporarily banning hunting and trapping in several townsh... 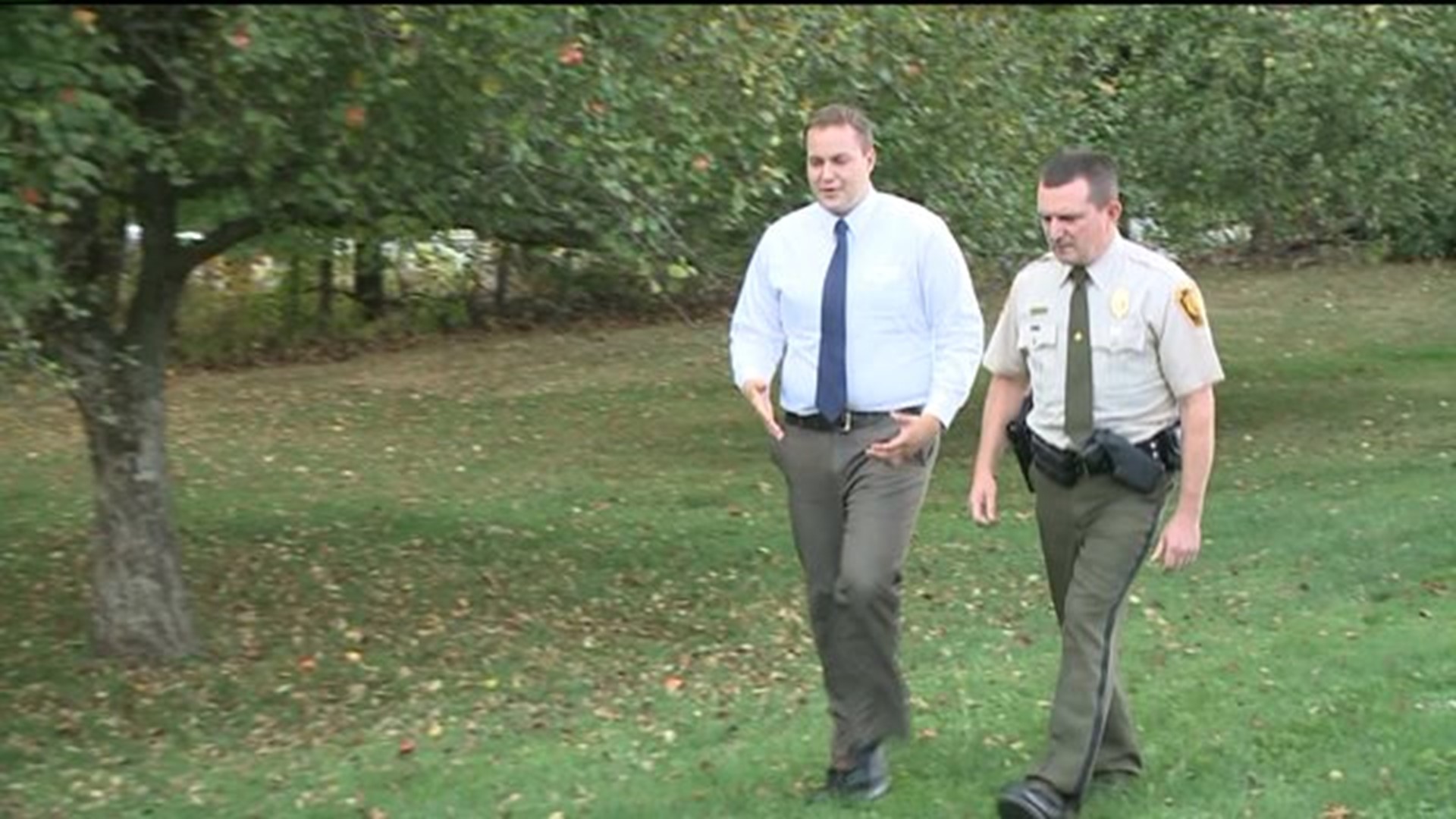 The manhunt for Eric Frein is now affecting hunters.

The Pennsylvania Game Commission announced it is temporarily banning hunting and trapping in several townships in and around the search area.

The game commission issued an executive order to close temporarily the hunting and trapping seasons within seven townships:

The game commission made the decision after Tuesday's announcement by state police that they had found explosive devices believed to have been left in the woods by Frein.

But this year, they're telling sportsmen and women that they cannot hunt on public or private land in seven townships of the Poconos as police continue their search for an alleged cop killer.

"It may not be specifically where they are searching today, but they have the potential of being searched again," said game commission officer Bill Williams.

Williams says the boundaries were set by recommendations from state troopers after pipe bombs were discovered in the search area.

"They may have hazardous areas there that are a concern to public safety, especially considering what was found yesterday, those explosive devices."

If a hunter is in the banned townships, they could get a verbal or written warning if they were there by accident, but game commission officers tell us that anyone found blatantly ignoring the hunting order could be hit with a citation for hunting out of season. That could mean hundreds or possibly thousands of dollars in fines.

"The individual that they're looking for, Mr. Frein, probably has no regard for public or private land. I'll assume that he'll use any land available."

Williams says an executive order like this is rare but it is needed to keep hunters safe and the ban could change as the manhunt for Frein continues.