More than 800 Monroe County families in need will still be able to have a Thanksgiving meal, thanks to the Salvation Army in East Stroudsburg. 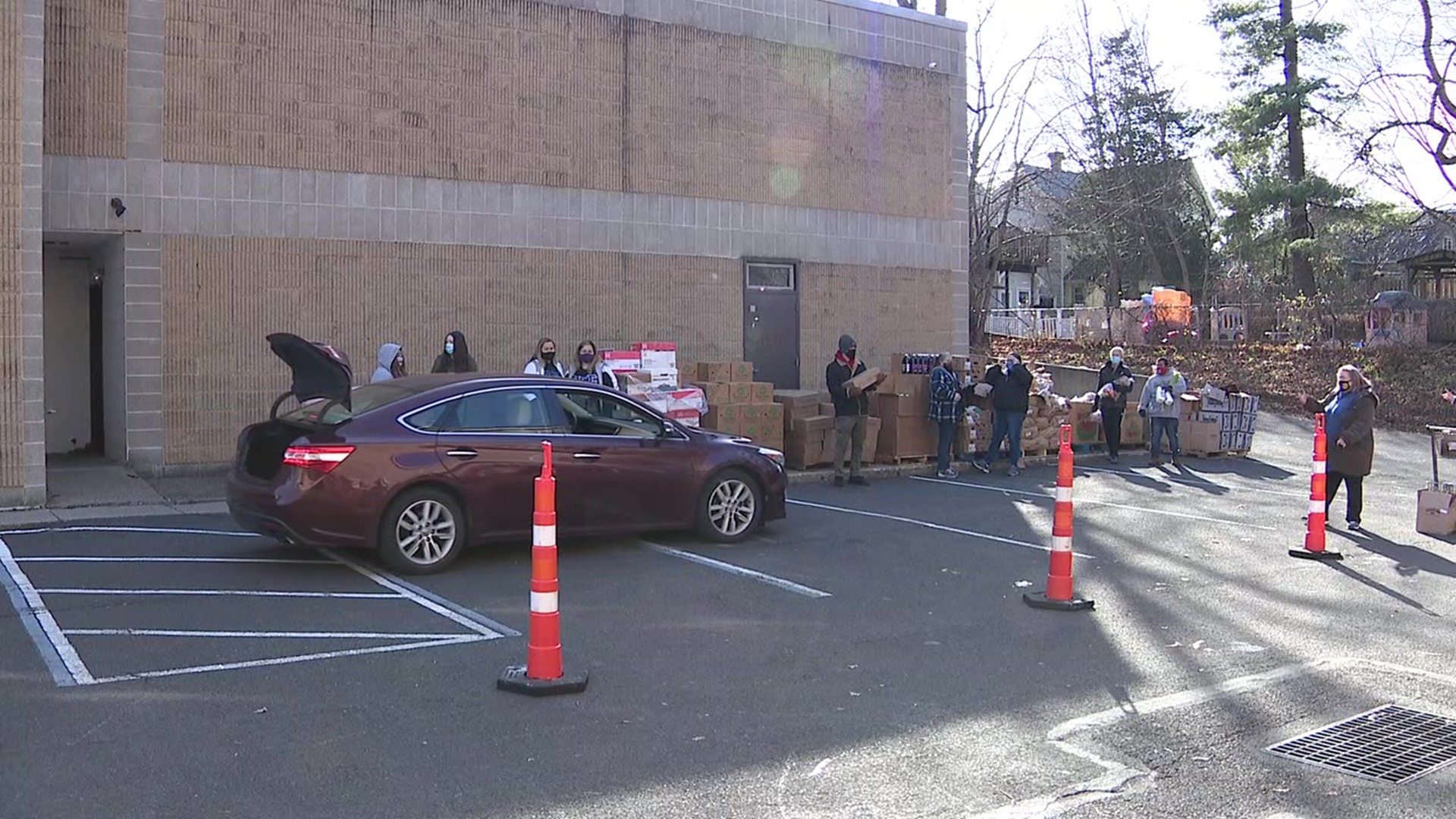 EAST STROUDSBURG, Pa. — Outside the East Stroudsburg Salvation Army on Thursday, teams of volunteers loaded up the trunks of cars with all the fixings for a perfect Thanksgiving feast.

The organization held its annual Thanksgiving food drive to help those in need this holiday. But like many events this year, there was a worry that the annual distribution wouldn't happen.

"Our concern was with COVID and all the restrictions. Are we going to be limited? Are we going to have to cut back? You know, the financial end of it has gone because we had to cancel a lot of our events," said Maj. Gilbert Parkhurst, from the East Stroudsburg Salvation Army.

But with the help of the community, the drive was able to go on with some changes brought on by the pandemic.

During a normal year, the line to pick up wraps around Washington Street in East Stroudsburg. But this year, there were no long lines as folks were given a designated pick up time to follow social distancing guidelines.

Finding volunteers was another struggle. Usually, students from area schools would help, but with many districts going remote, that left volunteering slots wide open.

However, East Stroudsburg University's Greek Life stepped in to lend a helping hand.

"We wanted to just give back to the community as much as possible. I know we're virtual, but a lot of us are still up on campus, and this community has given so much to us, so we want to give back to them," said Colette Williams from East Stroudsburg University Greek Life.

More than 100 meals were donated by the staff at Lehigh Valley hospital Pocono.

This year, more than 800 families benefitted from the distribution. Maj. Parkhurst says that's nearly double the number of meals from last year.

Many families tell Newswatch 16 they don't know what the holidays would look like without the help.

"It would be horrible. I'd been homeless, and it's been tough. But we're getting through, and I really appreciate the Salvation Army. They've helped me out a lot," said Sherry Bleskachek from East Stroudsburg.

While this Thanksgiving will look different than in years past, volunteers only hope that next year, things will be better.