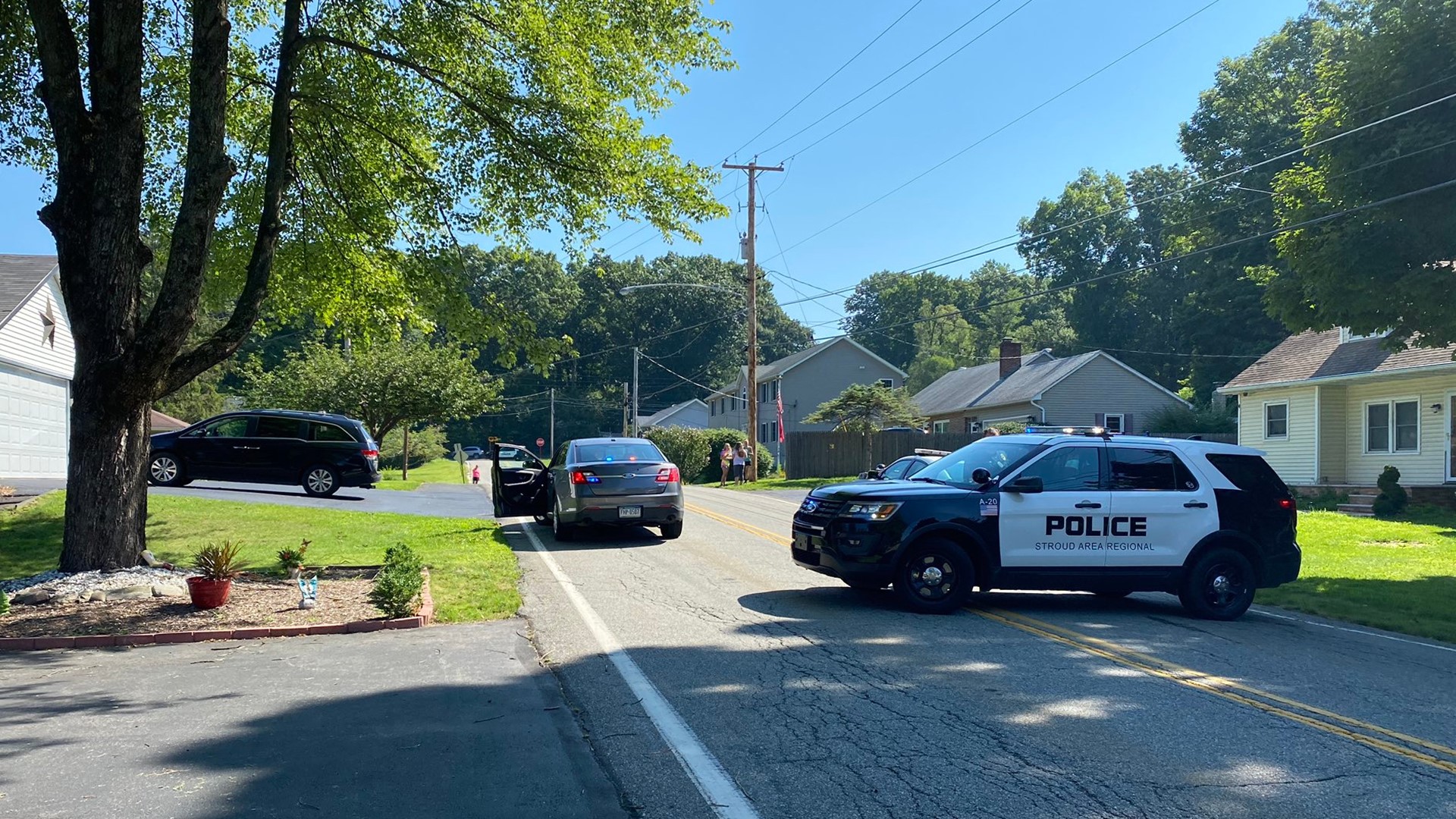 EAST STROUDSBURG, Pa. — Police are investigating reports of gunfire in the Poconos.

One neighbor we spoke to said he saw two people in his driveway, and they took off on foot.

A home was hit with bullets. The homeowner noticed the broken window and shell casings outside and called the police.

Greg Amundsen lives on this block. He heard shots early in the morning.

I was awake and then suddenly heard obvious gunshots, not fireworks, and here we are."

People who live inside the home called 911 after finding the damage. No one was hurt inside.

Police have not said what led to the gunfire. Detectives are looking at home surveillance videos to see if they can figure out who is responsible and why.

Amundsen says he saw two people in his driveway around 5:30 a.m. They took off on foot.

"They shot from my driveway, which is rather scary. We live in a great neighborhood, and everyone is friendly. We take care our houses and something like this. I think something has to change," said Amundsen.

People who Live on this block were surprised to see all the police activity. They tell Newswatch 16 this is typically a quiet neighborhood.

A woman who lives on this street did not want to show her face or give her name. She says she heard a noise early this morning but didn't think it was gunfire.

"I thought I heard maybe five or six kind of popping sounds, and I was thinking, it wasn't a car backfiring, but I wasn't sure if it was gunfire. We don't have that kind of thing in this neighborhood usually."

A section of W Broad St. in East Stroudsburg is blocked off. Police are investigating early AM gunfire. A house on the street has some bullet holes on the siding. Neighbors heard shots around 5:30 a.m.. A neighbor says he saw 2 people in his driveway. They took off on foot. @WNEP pic.twitter.com/g5OibmHK1P