MIDDLE SMITHFIELD TOWNSHIP, Pa. — A gas station owner in the Poconos found a skimming device in one of his gas pumps. The owner of Quick Stop Sunoco near ... 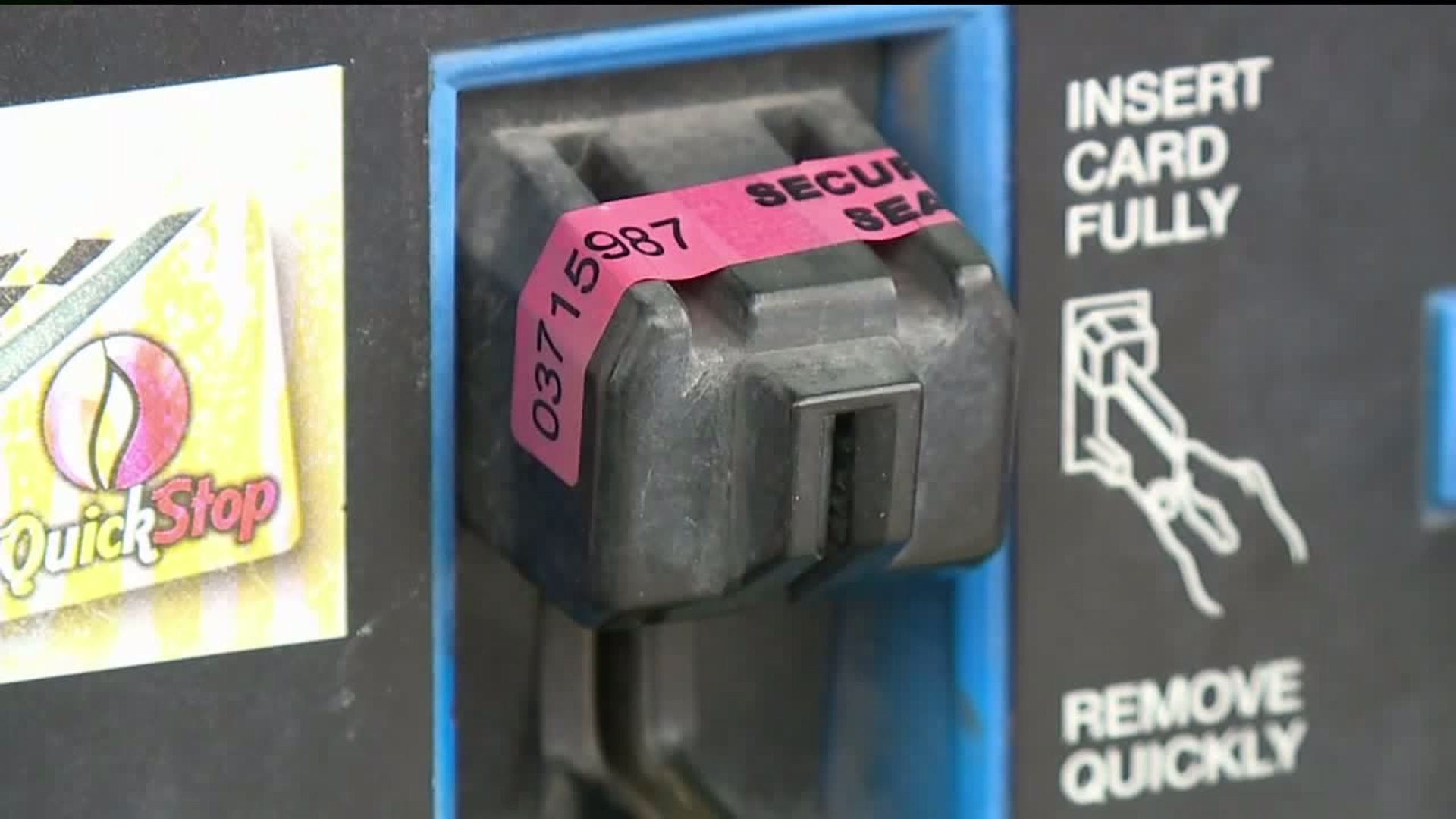 MIDDLE SMITHFIELD TOWNSHIP, Pa. -- A gas station owner in the Poconos found a skimming device in one of his gas pumps.

The owner of Quick Stop Sunoco near Marshalls Creek says that device was discovered after a few of his customers reported their cards were skimmed at the station.

The owner says he started getting reports from customers last week and it took a few different resources to find the skimming device. The owner has now installed new safety devices to ensure the crooks don't hit his business again.

After members of the dispenser service company found the device, Strunk took to Facebook to warn his customers.

Johnny Bradford lives in the township and often uses his card at the gas station. He was grateful for the heads up.

Each piece of tamper tape has a special number and if any crooks try to replace it, the owner will be able to figure it out.

"I care about my customers. I see a lot of them every day. I thought I needed to step up and do what I could to protect them. That's why we put the tamper tape on and we check it twice daily," Strunk said.

He's also encouraging people to alert employees if you think any of the tamper tape has been disrupted.