POCONO TOWNSHIP, Pa. — About a mile stretch of Route 611 in Pocono Township was closed in both directions Monday morning. Fire and police officials said a... 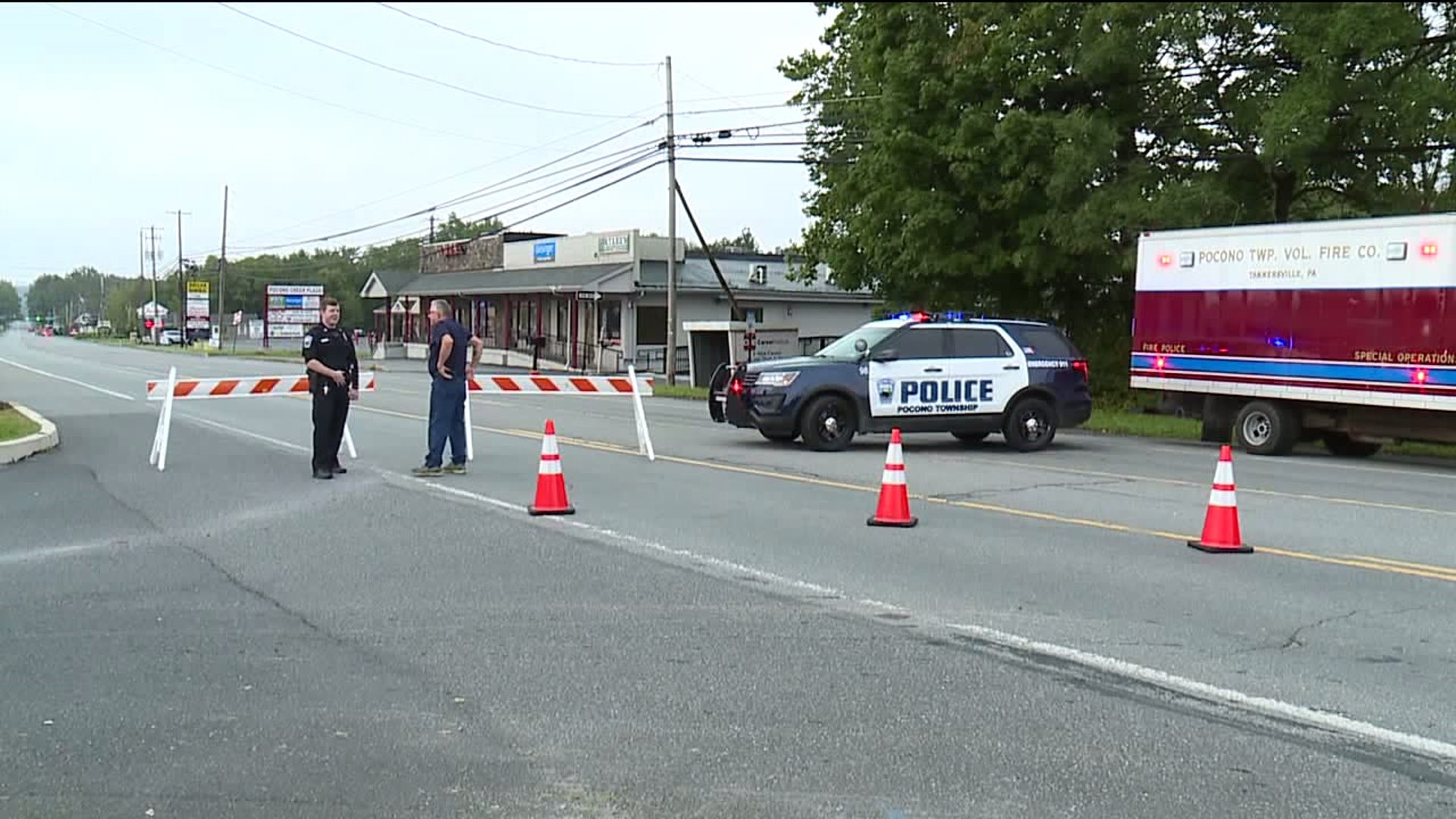 POCONO TOWNSHIP, Pa. -- About a mile stretch of Route 611 in Pocono Township was closed in both directions Monday morning.

Fire and police officials said a garbage truck was leaking natural gas in the area, prompting the road to be closed.

School buses were forced to take detours, other vehicles turned around. People were confused.

"I noticed they had the whole road closed off here, so I had to turn around and went down toward Bartonsville, and they had it closed off down there, so I made my way back here,” said Sheila Nauta of Tobyhanna Township.

"My morning this morning has been very hectic since I reached 611, and I found out there's a gas leak somewhere in the vicinity of Smuggler's Cove, and we're just, I called my staff,” said Nancy DeHaven of Scotrun.

Nearby businesses were affected, a private school as well. CDE Career Institute in Tannersville delayed the start of classes until 11 a.m., officials with the school said.

"It's a little scary. You hear all the gas leaks they had up in Massachusetts lately, you hear about all the explosions, so it's a little unnerving,” said Lynn Palmer of Swiftwater.

"It's pretty scary, yeah, especially that we're right down the road from it,” said Agata Bizub of Reeders.

"It's not expected, but things do happen. We just have to cope with it,” said DeHaven.

Fire crews say no one was injured because of the gas leak.

The road reopened after an hour and a half.