EAST STROUDSBURG — 3D printing sounds like something from the future but students at East Stroudsburg University are doing just that in a new G3 design la... 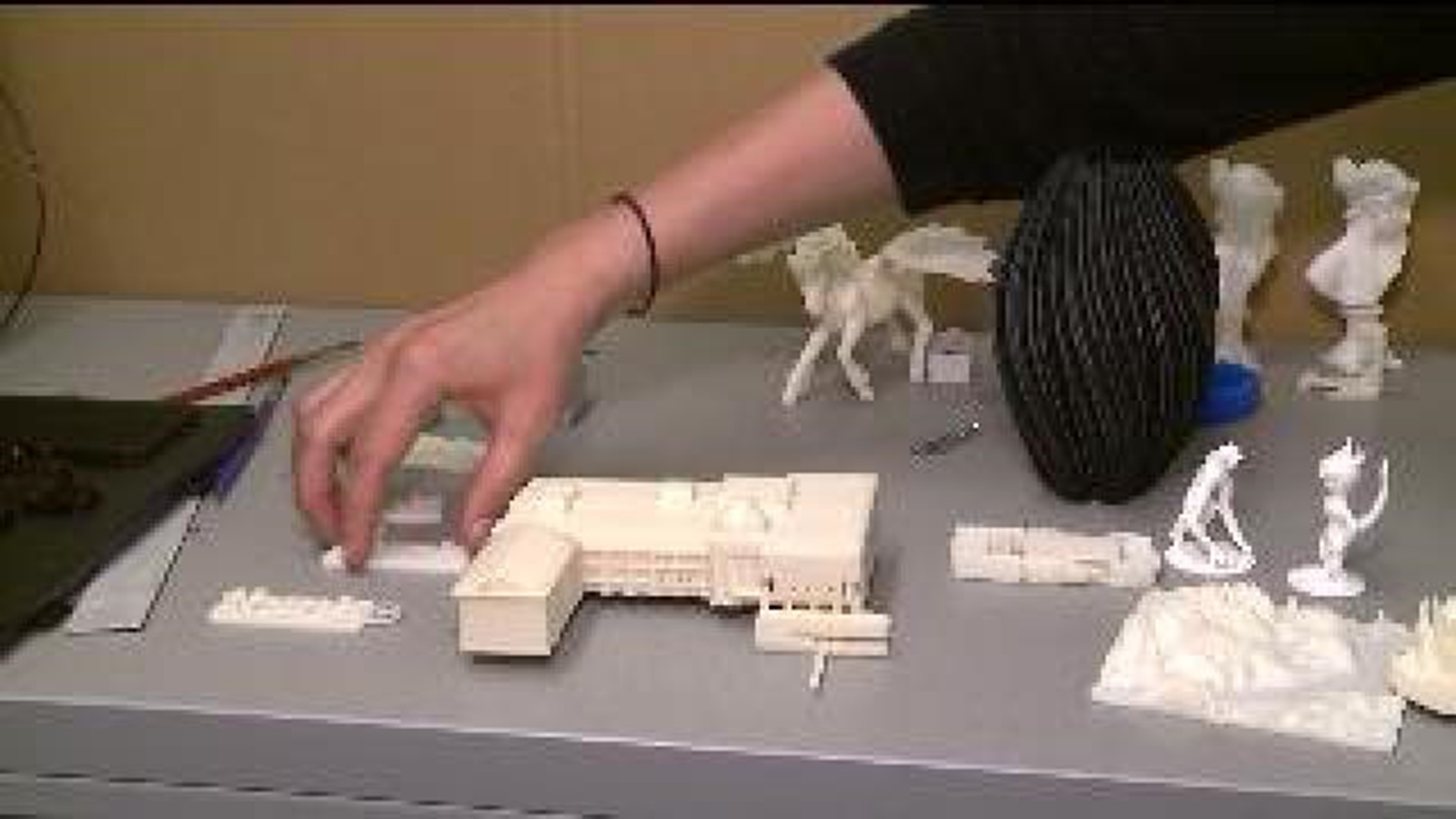 EAST STROUDSBURG -- 3D printing sounds like something from the future but students at East Stroudsburg University are doing just that in a new G3 design lab.

It sounds almost like science fiction but this printer is very real.

Students at East Stroudsburg University are putting their creative juices to the test in a new 3D printing and design lab.

"We've made things that are very practical, from cell phone cases, to necklaces, to even things that are more abstract like sculptures, to creatures," said senior Art and design major Henry Becker.

Here's how it works: plastic and filament are taken through a machine and melted and then the printer builds whatever item was designed or scanned, layer by layer.

"It's so new. It's like my generation's version of computers.  We don't even know the applications yet.  So it's just fun to be able to play around with this," said sophomore Biology student Evelyn Barone.

Students have been experimenting with this 3D printer for about the past two years and have designed things as simple as a duck figure to as complex as a building on campus.

Junior Art and Design student Christy Flynn is using the technology to help her make figures for her stop motion animation projects.

"It's amazing because I can take it the next step and create something in a 3D form, print it out, and make little adjustments, and have a complete character in less than a couple of days."

Students have also printed a heart and are working to make an entire 3D model of campus printed in their design lab.

Art professor Darlene Farris-LaBar says the possibilities are endless for the university and the community.

"It really is and it's just only the beginning.  There's also 3D printing in food, there's 3D printing with cells to make body parts, so very cool stuff."

You can get an up close look at the G3 design lab in the Fine Arts building on campus Wednesday at 4 p.m.