EAST STROUDSBURG, Pa. — Often, veterans who pass away with no family to put together a traditional funeral are laid to rest at a military cemetery near Ha... 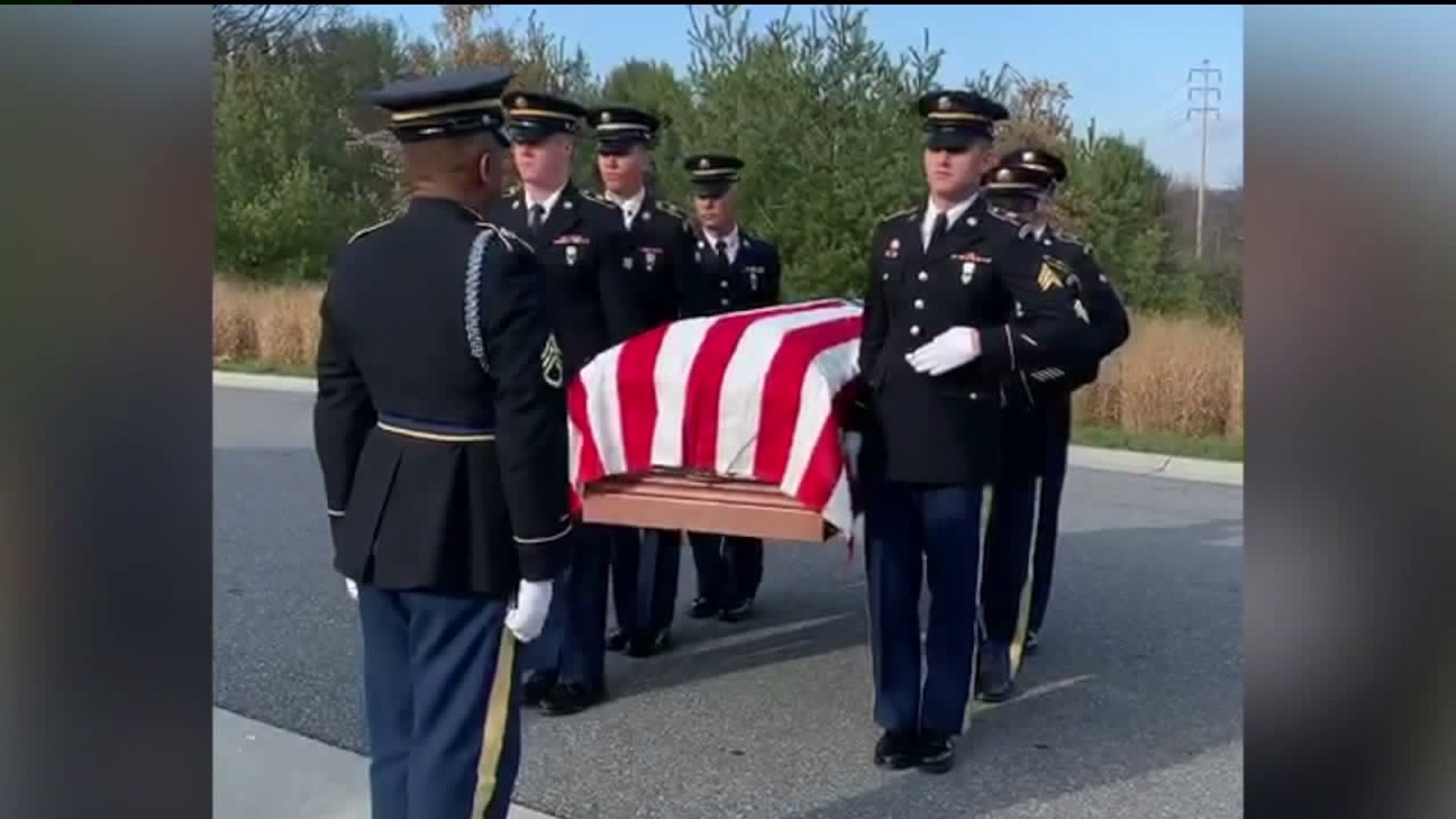 EAST STROUDSBURG, Pa. -- Often, veterans who pass away with no family to put together a traditional funeral are laid to rest at a military cemetery near Harrisburg.

But on Tuesday in the Poconos, a high school senior wanted to make sure an Air Force veteran from Stroudsburg who passed away last month had a church service.

Dozens of people -- some strangers, some classmates from Notre Dame High School in East Stroudsburg -- walked behind a casket into St. Matthew's Catholic Church.

The funeral was for 68-year-old Edwin Hughes from Stroudsburg who passed away last month.

Hughes was an Air Force veteran and the last surviving member of his immediate family.

When senior Heidi Martens learned Hughes had no one to organize a proper funeral for him, she stepped in and turned his funeral service into her senior project.

"It just saddened me," Martens said. "How can someone be alone while they are dying? Their last seconds. I just wanted to be there for him. Maybe he doesn't know we are here, maybe he is looking down like, 'oh, look at this community coming together.'"

Martens worked with the Monroe County coroner's office and the church to make the funeral happen.

Thomas Yanac is the coroner and also runs Yanac Funeral in Mount Pocono. This is the first time he's ever been part of a service like this.

"This is very unique. Generally, when we have an indigent case here in Monroe County, we go forward with a burial, but not to this magnitude," Yanac said. "Edwin Hughes was a veteran so we are going forward to make sure he is buried with the proper honors."

Members of the Monroe County Joint Veterans Honor Guard were there to give a proper sendoff to the Air Force veteran.

Albert Compoly was in awe seeing an entire service organized by a teenager.

"I think it's very important for kids to get involved and know what the military does, the service for our country," Compoly said.

Lori Jean from Mount Pocono did not know Hughes but she thought it was important to pay her respects.

"This was really something. It was amazing what they did," said Jean.

Hughes was laid to rest at Indiantown Gap National Cemetery near Harrisburg.