Friends Stunned by Death of Teens in Fiery Crash

COOLBAUGH TOWNSHIP — Two teens died in a fiery wreck early Tuesday when their car was hit from behind by a tractor-trailer, according to state troopers. I... 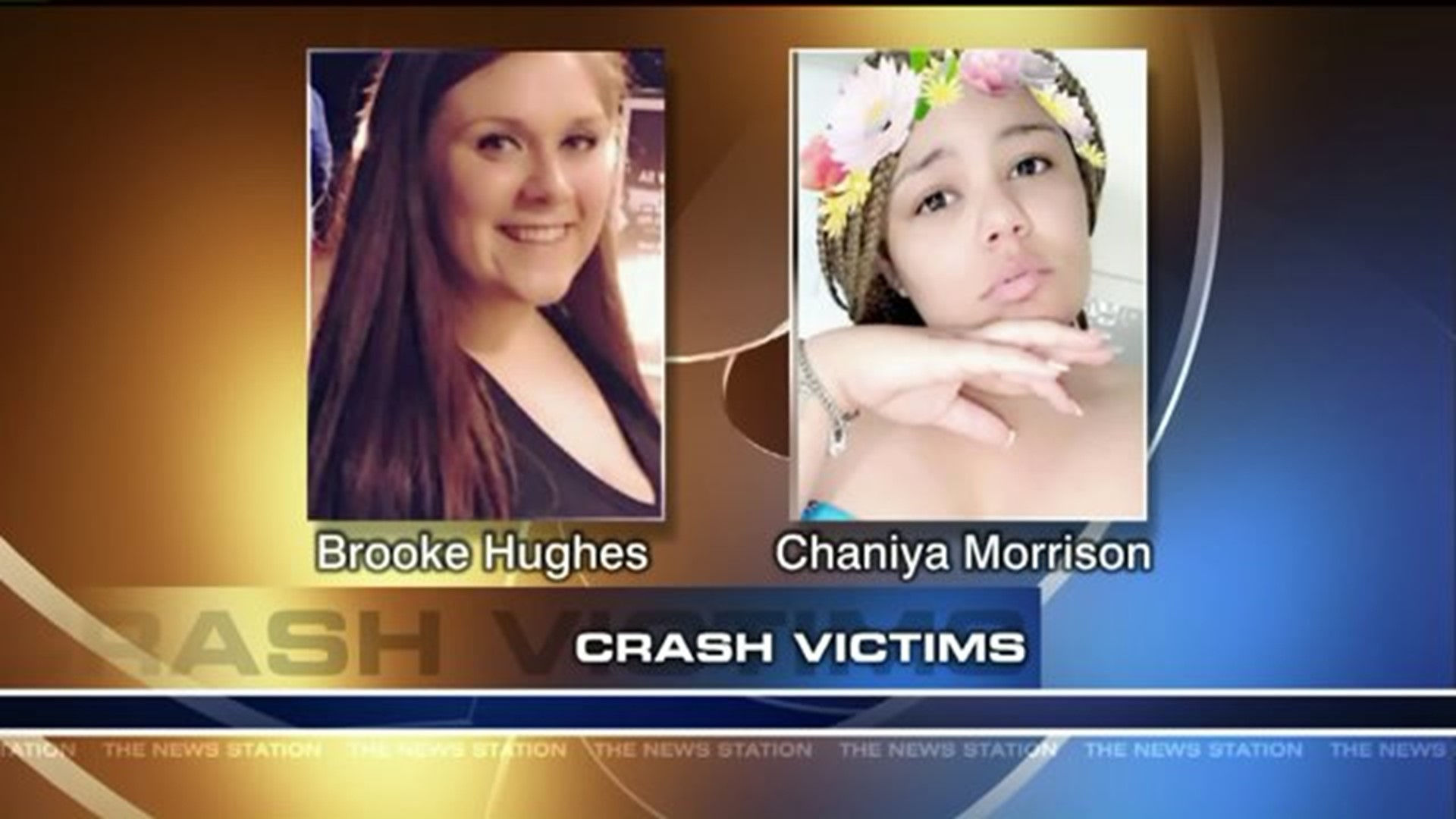 COOLBAUGH TOWNSHIP -- Two teens died in a fiery wreck early Tuesday when their car was hit from behind by a tractor-trailer, according to state troopers.

It happened on Interstate 380 in Monroe County. Troopers say the two teens were traveling slowly when a tractor-trailer hit them.

Many of us have been in the position these girls were early Tuesday. They were driving slowly, troopers believe, because they had a donut spare tire on the car. A tractor trailer driver was unable to stop and hit the vehicle, killing Brooke Hughes, 18, of Scranton and Chaniya Morrison, 19, of Dunmore.

State troopers are using the charred remains of the Suzuki Forenza to try to piece together just what caused a tractor-trailer to collide with the car carrying the two teens.

Troopers say the car had a donut spare tire on it leading them to believe the girls had a flat earlier in the night. Witnesses also told investigators there may have been something wrong with the Suzuki's tail lights.

We also don't know why Hughes, the driver, and Morrison, her passenger, were heading south almost an hour away from their homes in Lackawanna County.

"They were best friends. They were real close. They had known each other for a while," said Samantha Piasecki.

Piasecki was with the two teenagers earlier that night the three spent a lot of time together.

"I'm hurt. I was right in the car with them before it happened."

Piasecki left them in Scranton only a few hours before the crash in Monroe County, a fact that now causes her a lot of pain.

"Monroe County is kind of towards Tobyhanna where she got her car. I don't know if she was going up there to figure something out with her car. She didn't tell me where she was going," Piasecki said.

Piasecki says Hughes' car was in good shape when she left them in Scranton a few hours before the crash in Monroe County.

Troopers say they have a long investigation ahead to piece together just what led up to the crash and whether the tractor trailer driver should face any charges.

With victims so young, Piasecki says she and their circle of friends are just in shock.

"I didn't know any of that was going to happen. I didn't think it at all. Because they asked me to go with them, but I told them I had to go to my mom's house, and I'm just thankful," Piasecki said.

State troopers in Monroe County did their reconstruction of the crash early Tuesday, but investigators say they still need more information, hopefully from witnesses, that can help them figure out what kind of condition Brooke Hughes' car was in when it was hit and what could have caused the crash.