POCONO SUMMIT — The Pocono Mountain School District is looking into the possibility of adding a football stadium at its west campus, a stadium with lights... 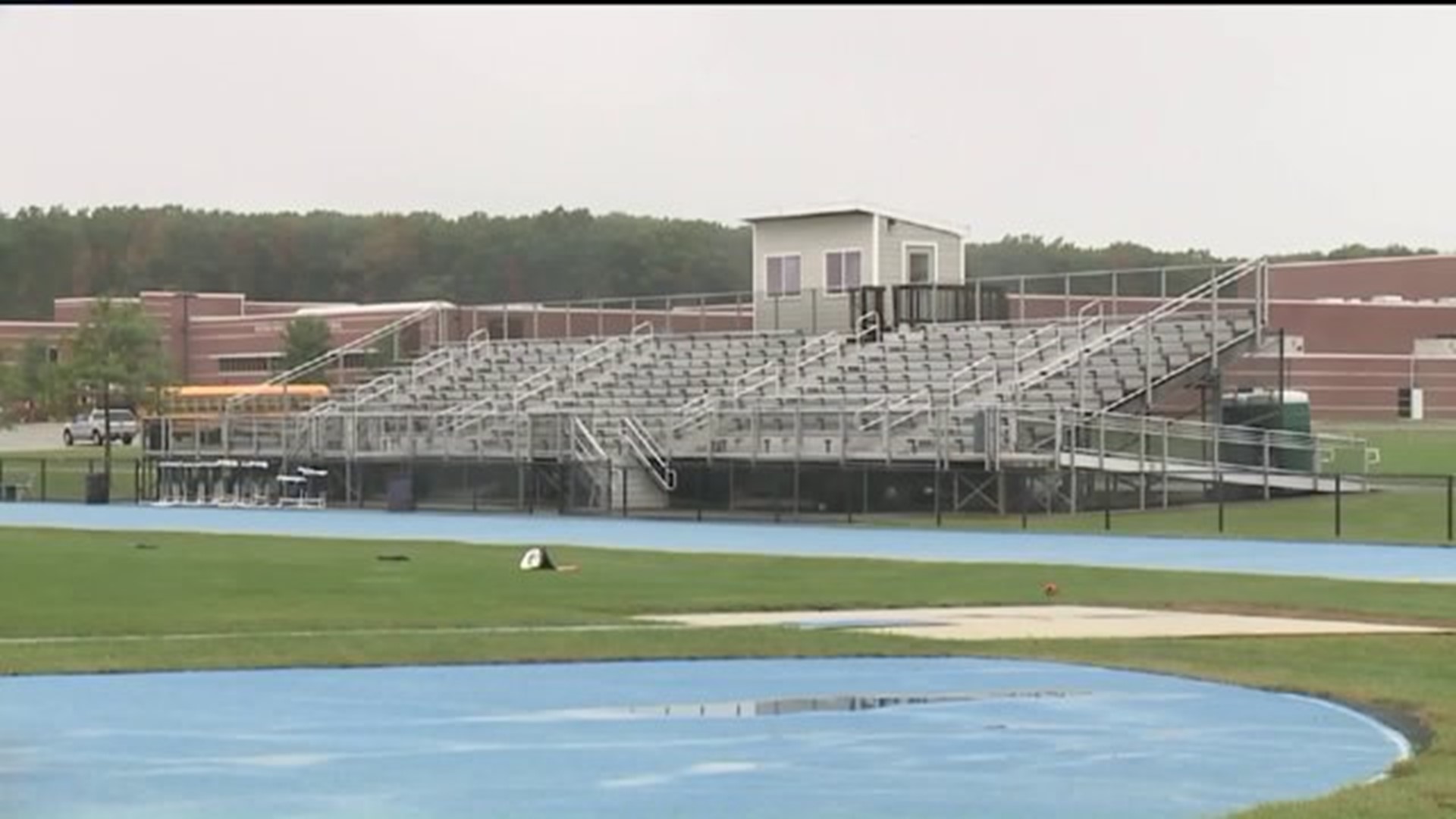 POCONO SUMMIT -- The Pocono Mountain School District is looking into the possibility of adding a football stadium at its west campus, a stadium with lights, concessions, and all of the works.

Friday night football action for the Pocono Mountain West Panthers is always an away game because their own home field doesn't have lights.

"It was kind of upsetting sometimes because we didn't have lights, so we would have to go to a different school like east stadium," said Malcolm Tullies, a Pocono Mountain West football alumnus.

Pocono Mountain West has a grass field near Mount Pocono with one set of stands and a score board.

District officials are looking to change that, and will be reviewing three proposals for a new stadium that would include a turf field, home and away bleachers, a ticket booth, locker rooms, concession stands, and lighting.

They're also looking to get turf for the field at Pocono Mountain East.

Bill Vangilder can hear the athletes from west in his backyard and looks forward to seeing the plans.

"I think it's exciting that a team has a true home field. Not having a home field, having to travel away for your home games that are at night or under the lights, it's got to be a little bit difficult as a team."

If the Pocono Mountain School Board decides to build a stadium on the west campus, the game plan isn't to use the current location or taxpayer money. The district would likely build on the soccer fields due to drainage issues. The money would come from the recent sales of the Barrett Learning Center and Coolbaugh Elementary Center.

Some, including a former teacher with the district, aren't sold on the new stadium idea.

"They've managed for some years with playing, alternating with Pocono Mountain East at that stadium. I think it's a waste," said retired teacher Frederica Kaltenthaler.

The Pocono Mountain School board plans to review the three proposals Wednesday night during a special meeting at 6 p.m. at the east campus in Swiftwater.