STROUDSBURG — We’re learning new details about a fraternity hazing death that happened in the Poconos and that new information came from Pi Delta Psi Pres... 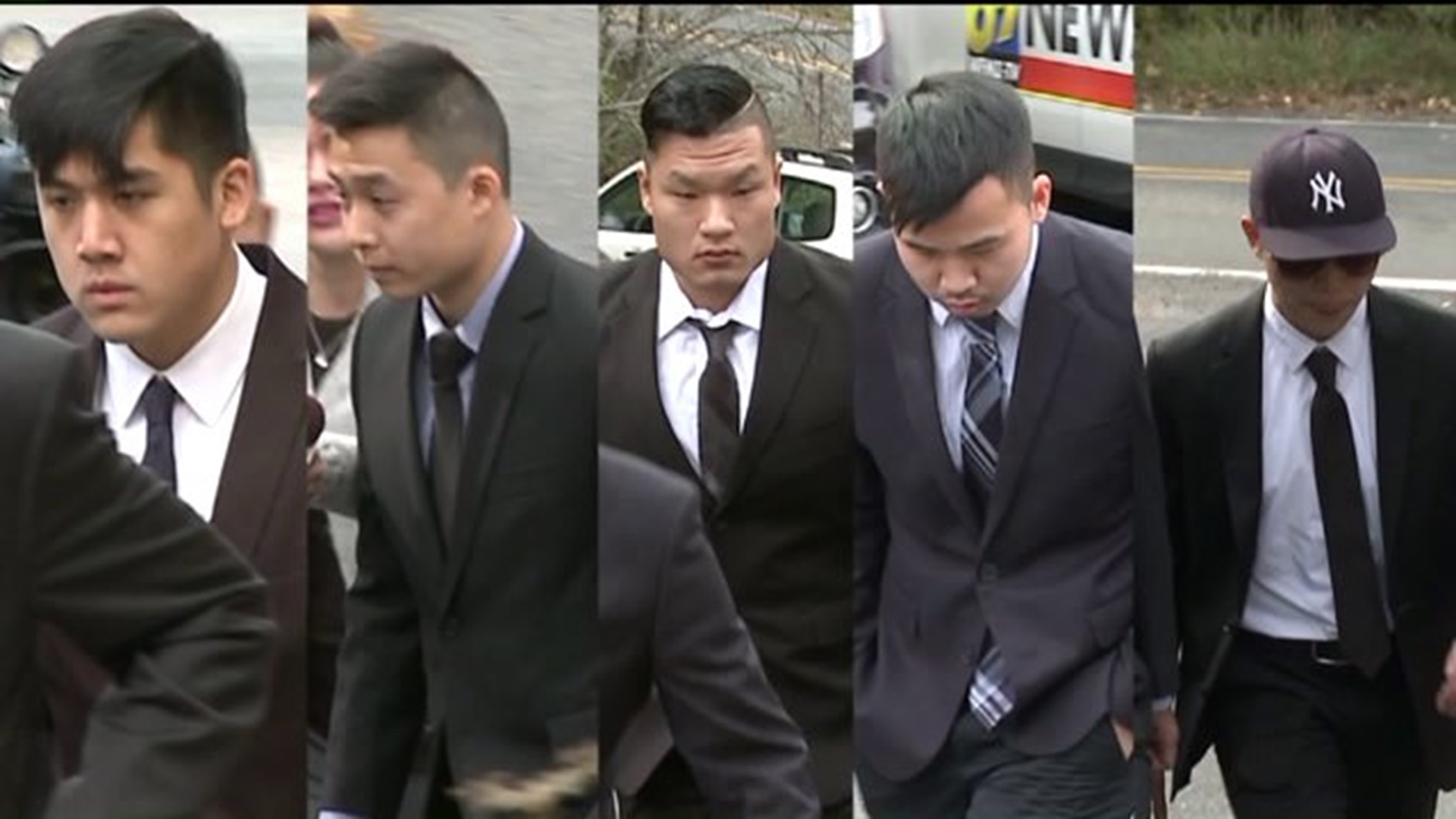 STROUDSBURG -- We’re learning new details about a fraternity hazing death that happened in the Poconos and that new information came from Pi Delta Psi President himself.

Baruch College’s Pi Delta Psi Fraternity President Daniel Lee dished out details at a preliminary hearing explaining in detail how Michael Deng was brutally hazed during a pledging trip to a home near Blakeslee nearly two years ago, and the extensive cover up effort that came after.

"Cover it all up," that’s what Daniel Li says the Pi Delta Psi Fraternity members tried to do when pledge Chun Michael Deng died after a brutal hazing incident in the Poconos.

Li was charged with murder but now is helping the prosecution. He took the stand in exchange for lesser charges, testifying against Sheldon Wong, Charles Lai, and Kenny Kwan.

Li dished out new details about a massive cover-up that began in the basement of the home near Blakeslee in 2013.

Li said fraternity brothers all conspired about what initially to tell pledges and police about Deng’s death and the hazing ritual called "the glass ceiling."

Li also explained that it was fraternity policy in their Pi Delta Psi handbook to email the national chapter about any serious injuries immediately so they have time to prepare for any cases against them.

It’s unclear if the fraternity sent an email, but according to testimony, they called the national fraternity president.

Testimony from detectives and from Li revealed that Kenny Kwan was the last to tackle Deng before he was knocked unconscious and later died.

Li said during the third and most brutal phase of the glass ceiling ritual, “Kenny Kwan got a 10 to 15-foot running start and tackled Michael Deng."

Li says Deng never got up. His body went stiff and lifeless and now at least four of his brothers could be locked up for his murder.

The preliminary hearing for Wong, Lai, Lam, and Kwan went on for hours on Monday in Monroe County court.

A judge decided late Monday afternoon that all charges will be bound over for trial.