CHESTNUTHILL TOWNSHIP, Pa. — A man is locked up in Monroe County after troopers say he shot four people outside his home near Effort Saturday night. The v... 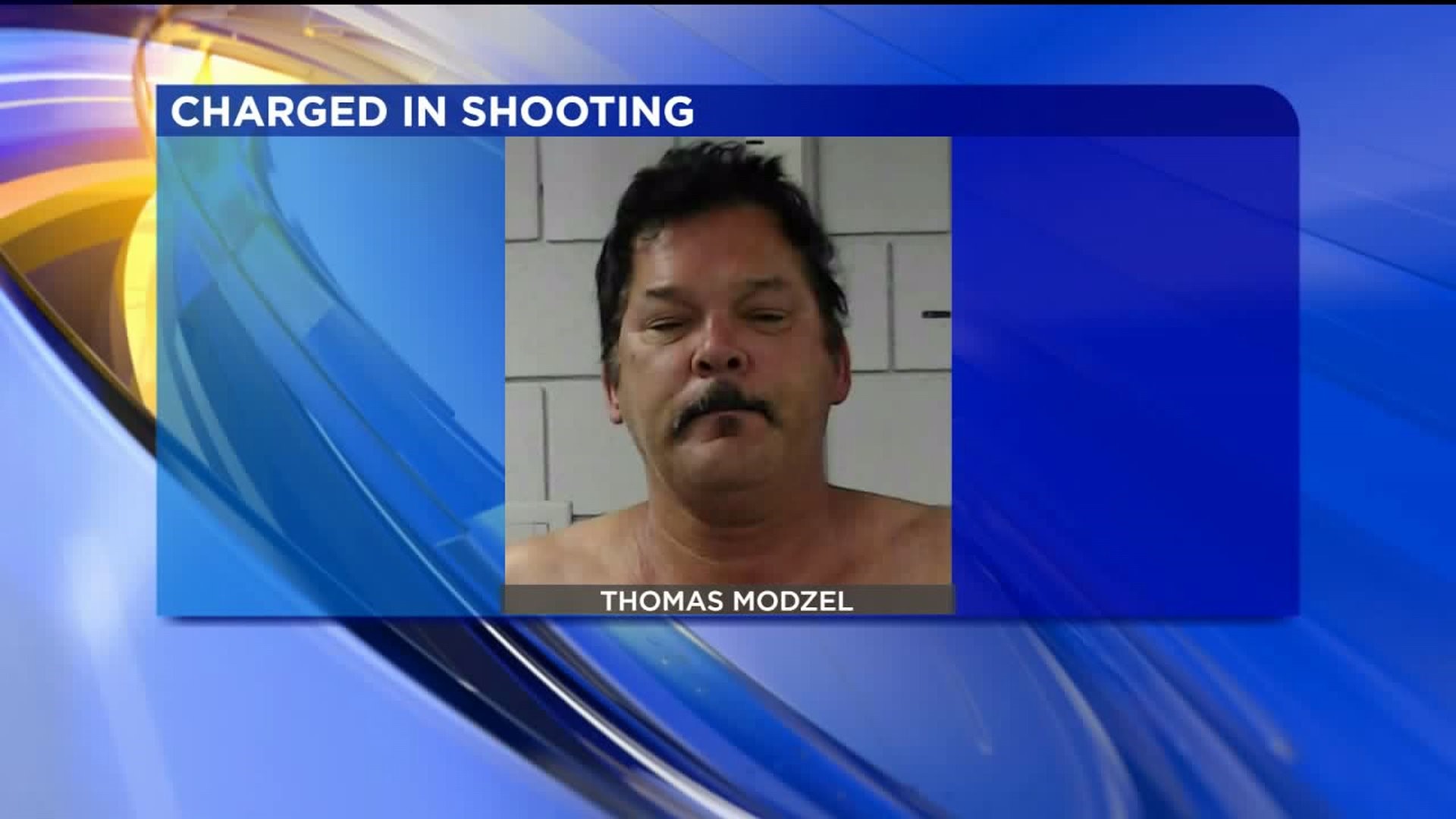 CHESTNUTHILL TOWNSHIP, Pa. -- A man is locked up in Monroe County after troopers say he shot four people outside his home near Effort Saturday night.

The victims are recovering.

State police say Thomas Modzel, 56, fired four rounds from a 12 gauge shotgun at four victims shortly after 8 p.m. after an argument. One of the victims was his stepson, whose name has not been released.

According to court papers, the victims were walking near Modzel's home in the area of Toll and Bayberry roads when he opened fire.

All four went to the hospital, and Modzel was arrested and charged with attempted homicide. Court papers indicate one victim was shot in the eye. The other three victims had injuries to their arms, legs, and upper bodies. All suffered non-life-threatening injuries.

A neighbor who didn't want to go on camera told Newswatch 16 that the four victims were at a birthday party at his home.

Arrest papers obtained by Newswatch 16 say the four victims were walking towards Toll Road when Modzel shot them from his porch, right across the street.

Modzel faces charges of attempted homicide, aggravated assault, reckless endangerment, and simple assault. He is locked up in the Monroe County jail.

According to arrest papers, Modzel told investigators he didn't know the other three victims with his stepson, but he did tell troopers his stepson drove by earlier in the day and said, "C'mon, bring it."

Modzel wouldn't say any more to troopers after that.