EAST STROUDSBURG, Pa. — Danny Ockenhouse from East Stroudsburg was a greeter at Walmart in the borough for more than 20 years. He was let go almost three ... 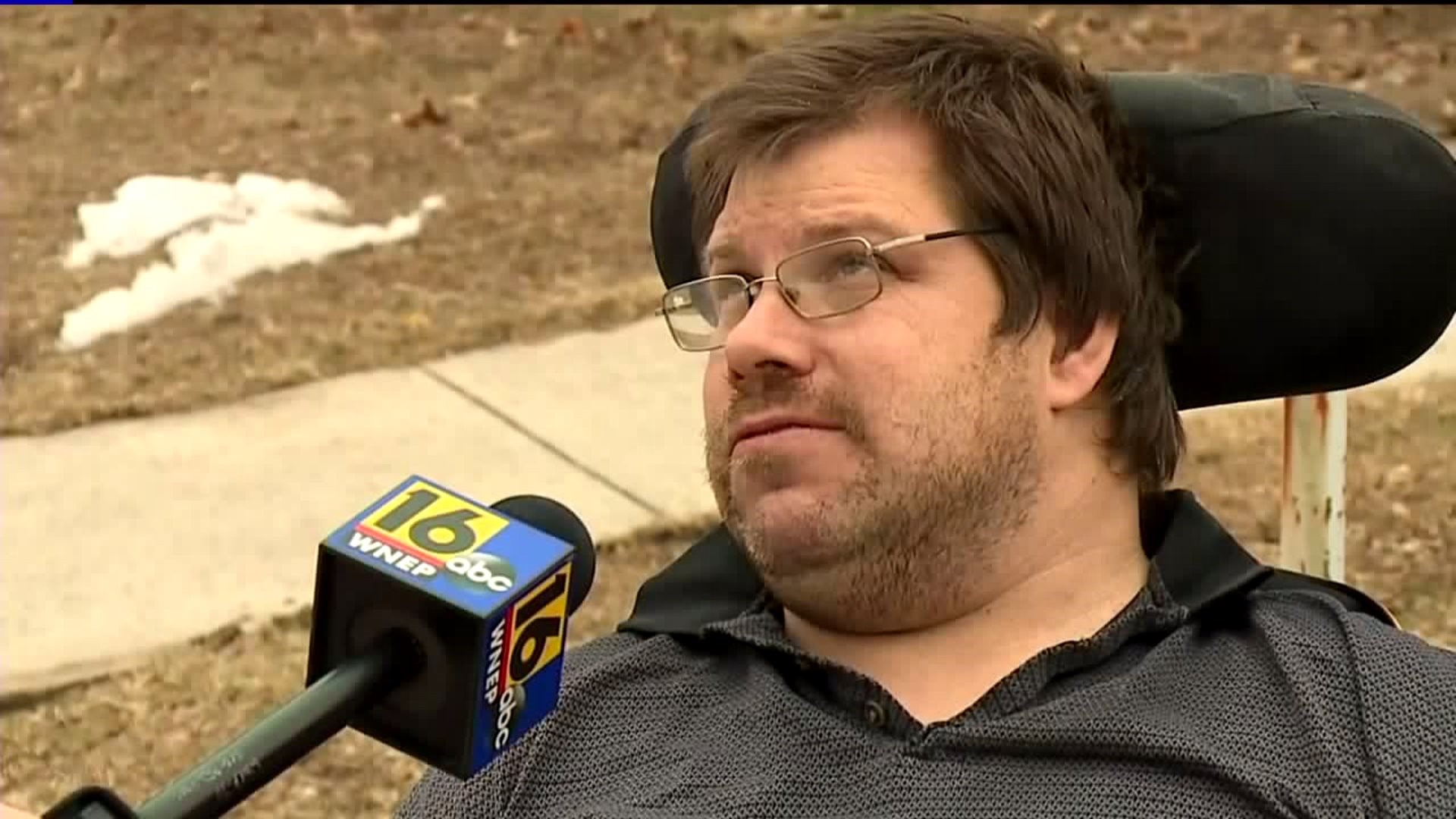 EAST STROUDSBURG, Pa. -- Danny Ockenhouse from East Stroudsburg was a greeter at Walmart in the borough for more than 20 years.

He was let go almost three years ago, after he was unable to meet the duties that came with the company's new job description.

Danny is confined to a wheelchair with cerebral palsy. He hoped his job loss would be the only one for someone with a disability, but then he heard about Adam Catlin -- a Walmart greeter in Snyder County who is finding himself in a similar situation.

"I think it's wrong because regardless if you are in a wheelchair or however you have to do your job, if they hire you like that to begin with, why change the job?" asked Ockenhouse.

When Danny lost his job, the community rallied around him.  Though he didn't get his job back, he says the support helped.

"At first, I was sad, but when I realized the community was behind me, and I hope he feels the same way, the support was overwhelming," said Ockenhouse.

"People with disabilities, work is their life. I mean, we work every day and for us, it's just a job, but for others who have disabilities, it's their life and social network," said Sean Donohoe, Fitzmaurice Community Service.

Both Danny and directors at Fitzmaurice tell Newswatch 16 they hope big companies start to look more at employees' abilities instead of their disabilities.

"You got to keep up the fight," said Ockenhouse.

When Danny was let go back in 2016, he did take a company severance package that was offered. He now volunteers at the East Stroudsburg Salvation Army.