ROSS TOWNSHIP — It’s been almost a week since investigators started digging behind a home in the Poconos as part of a death investigation in the Say... 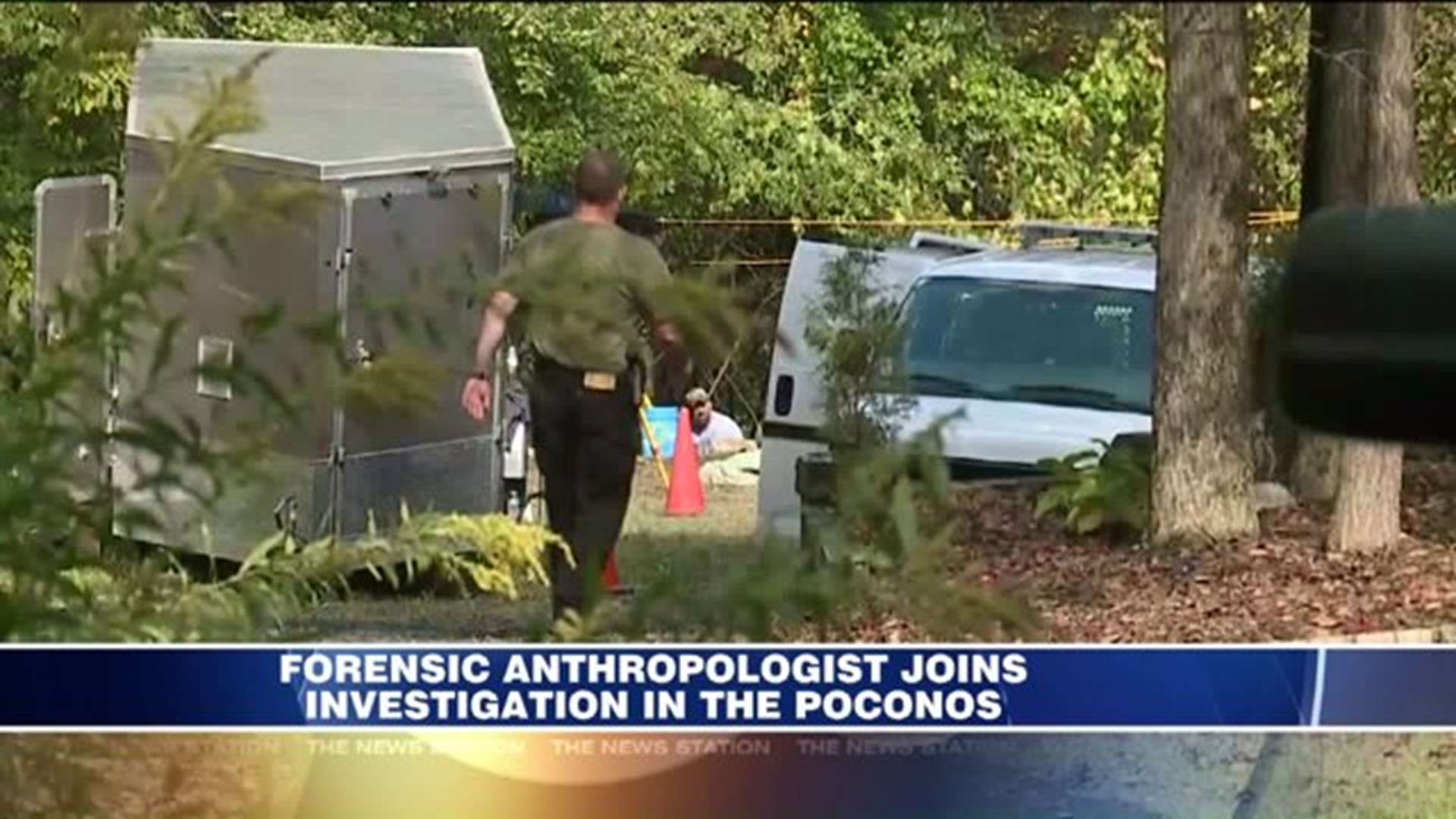 ROSS TOWNSHIP -- It's been almost a week since investigators started digging behind a home in the Poconos as part of a death investigation in the Saylorsburg area.

Authorities have not said much other than a death investigation is underway at a home on Woodhaven Drive in Ross Township.

Authorities told Newswatch 16 a forensic anthropologist who studies human remains has been brought in to help in this investigation.

Since last week, state police and detectives have been digging behind the home near Saylorsburg.

Property records show it belongs to Michael and Cathy Horvath.

On Monday, we saw police collecting evidence from the backyard and from inside the home.

While officials won't say directly why they are at the property in Monroe County, friends, and family of a woman who went missing from the Lehigh Valley in 2013 are wondering if it could be their loved one.

Holly Grim disappeared from the Macungie area three years ago. Her name has been mentioned in this investigation.

Investigators have since left for the day except for one state police vehicle monitoring the home. They expect to be here all week.