Because of the pandemic, the East Stroudsburg Salvation Army is preparing for the holiday season early this year. 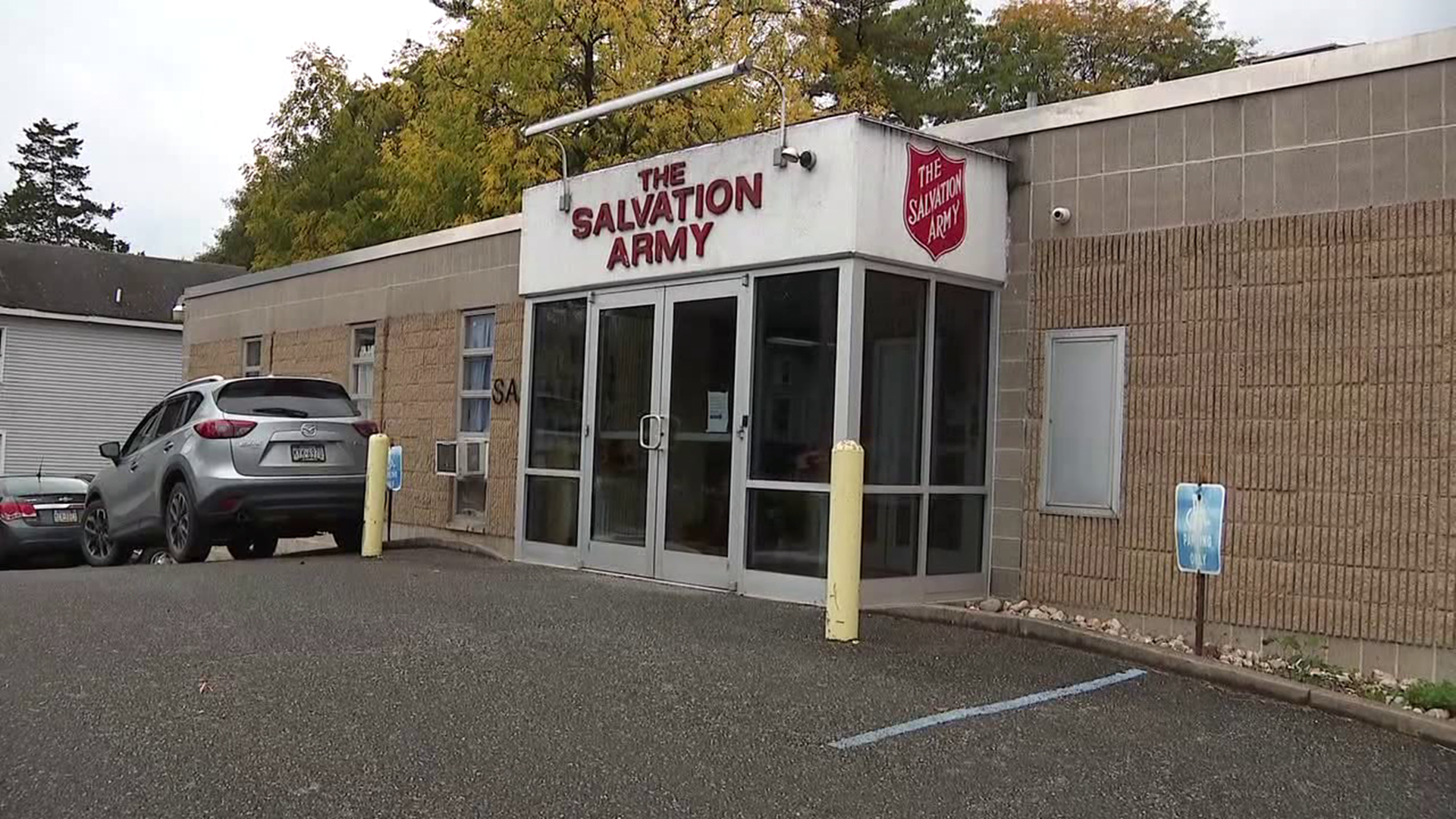 MONROE COUNTY, Pa. — It's quiet outside the East Stroudsburg Salvation Army now, but inside the food distribution center, workers are gearing up for a challenge.

Because of the pandemic, the organization is preparing for the holiday season early this year.

"Our phones are already ringing off the hook with folks that are coming in. Again, some folks have returned to work, but there's a lot of folks who can't go back to work right now and their unemployment benefits are running out so what are they going to do during the holiday?" said Major Gilbert Parkhurst, East Stroudsburg Salvation Army.

November is the organization's big Thanksgiving dinner distribution, and it helps hundreds of families in Monroe County.

Almost all fundraising events for the drive have been canceled.

That's why the organization is asking the community for some help with monetary donations and non-perishable food donations, too.

"The challenge with the influx is that this is when we do a lot of our events. We do a harvest auction, a turkey drive, a turkey project done by a friend of ours from ESU. So as the need goes up, our donations have gone down. The support of the community is going to be more important than ever this year," said Parkhurst.

During a normal year, the line to pick up Thanksgiving dinners wraps around Washington Street, and the Major tells Newswatch 16, he expects the line to be even bigger this year.

But the problem is, he's not sure if there will be enough volunteers. Groups of students from area schools normally help, but it's still unclear if that will be able to happen this year.

"It's going to be a challenge for us. I mean the folks pull up, we load the food in. I mean, hopefully, we can make the holidays brighter for them," said Parkhurst.