Flushing Out a Problem in Mount Pocono

MOUNT POCONO, Pa. — A sewage pumping station in Mount Pocono had to be shut down this week after it clogged up with things people shouldn’t be flush... 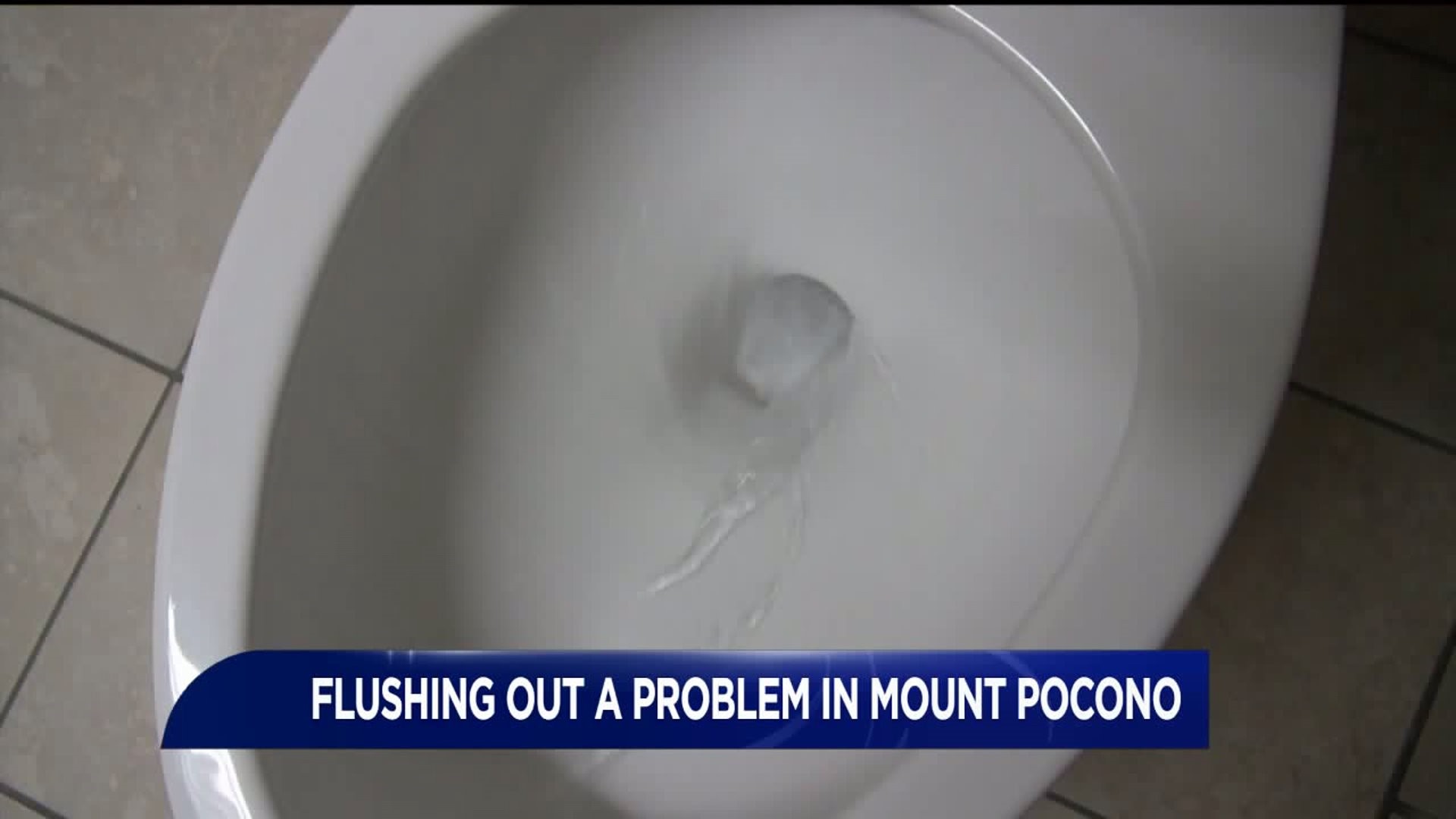 MOUNT POCONO, Pa. -- A sewage pumping station in Mount Pocono had to be shut down this week after it clogged up with things people shouldn't be flushing.

Officials with the borough's municipal authority say if the problem continues, it could increase rates for people who use the service.

Officials at the Mount Pocono Municipal Authority wastewater treatment plant say some customers are flushing more than they should.

"We had a clog in one of our pumps that was due to people flushing things that they should not be flushing. The biggest culprit tends to be wipes, baby wipes and things called flushable wipes, which as far as we are concerned, they are not flushable," said authority member Matt Hensel.

More than 1,000 households and businesses use the sewer system in Mount Pocono.

Officials say the backup forced workers to shut down the pumping station, and then workers had to pull everything out by hand.

"When people start flushing this stuff down the drain, stuff will break and then we will have to raise rates to fix things. We don't want to do it, so once you drop that q-tip down the drain, you're not going to think about it again until you get the quarterly bill and it goes up $5, $10, $15," said Hensel.

Workers at the facility tell Newswatch 16, this isn't a problem specific to Mount Pocono, it's happening everywhere. They wanted to bring awareness and show people what happens when you flush things you shouldn't.

Hensel says toilet paper and the occasional goldfish are OK, everything else, throw in the trash.

Officials in Mount Pocono say if you have any questions about what should and shouldn't go down your drain, ask before you flush.