Renderings of the multi-million dollar project were released by the county commissioners. 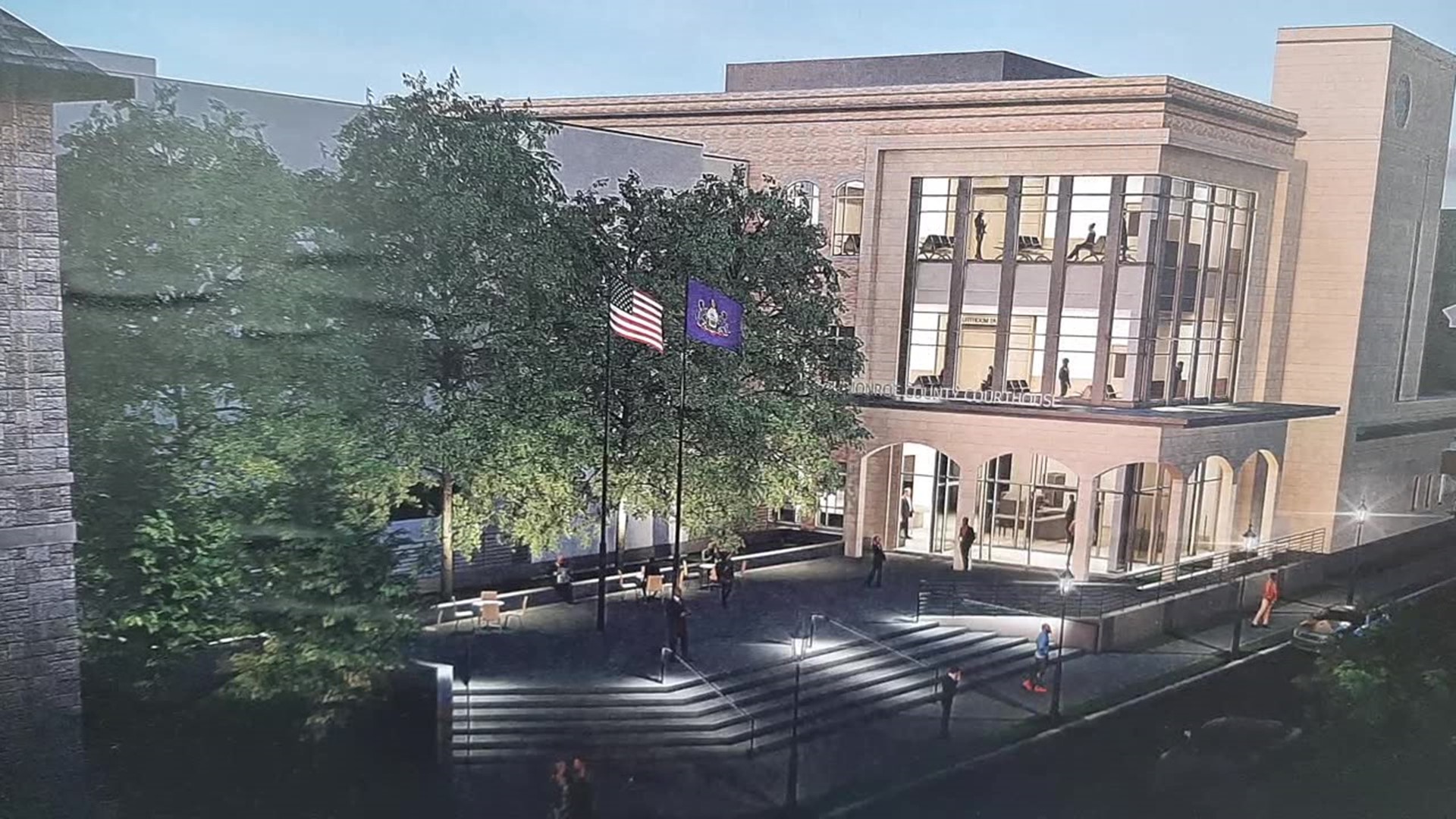 STROUDSBURG, Pa. — Renderings released on Monday show the complete makeover the Monroe County Courthouse is getting.

"It's very important to the county. The facilities that we have, the original courthouse and the annex, the annex is 40 years old, and at the end of its life, it would need a total re-haul anyway. What we have is a two-stage project where we do the first floor of the annex and the new addition. The new addition is primarily courtrooms and rooms for the sheriff's office," said Monroe County Commissioner John Christy.

A construction company from New York State has been hired to do the work.

The first phase of the project, paid for by the county, is expected to take up to ten months to finish.

A former PNC branch will come down in the first part of construction, and we should start to see work at the end of the month.

Commissioner Christy says the expansion is important to many departments that work out of the courthouse and will create much-needed space.

"It's attractive," said Christy. "Whenever there's any change, some people are hesitant, and there will be a period of about two years that we will have congestion here, but we've taken into consideration an awful lot of the problems we might come into."

The entire project is expected to be finished sometime in 2023.