STROUD TOWNSHIP — A 6-week-old kitten is in rough shape after surviving a fire that officials believe was arson. Stroud Township firefighters rescued the ... 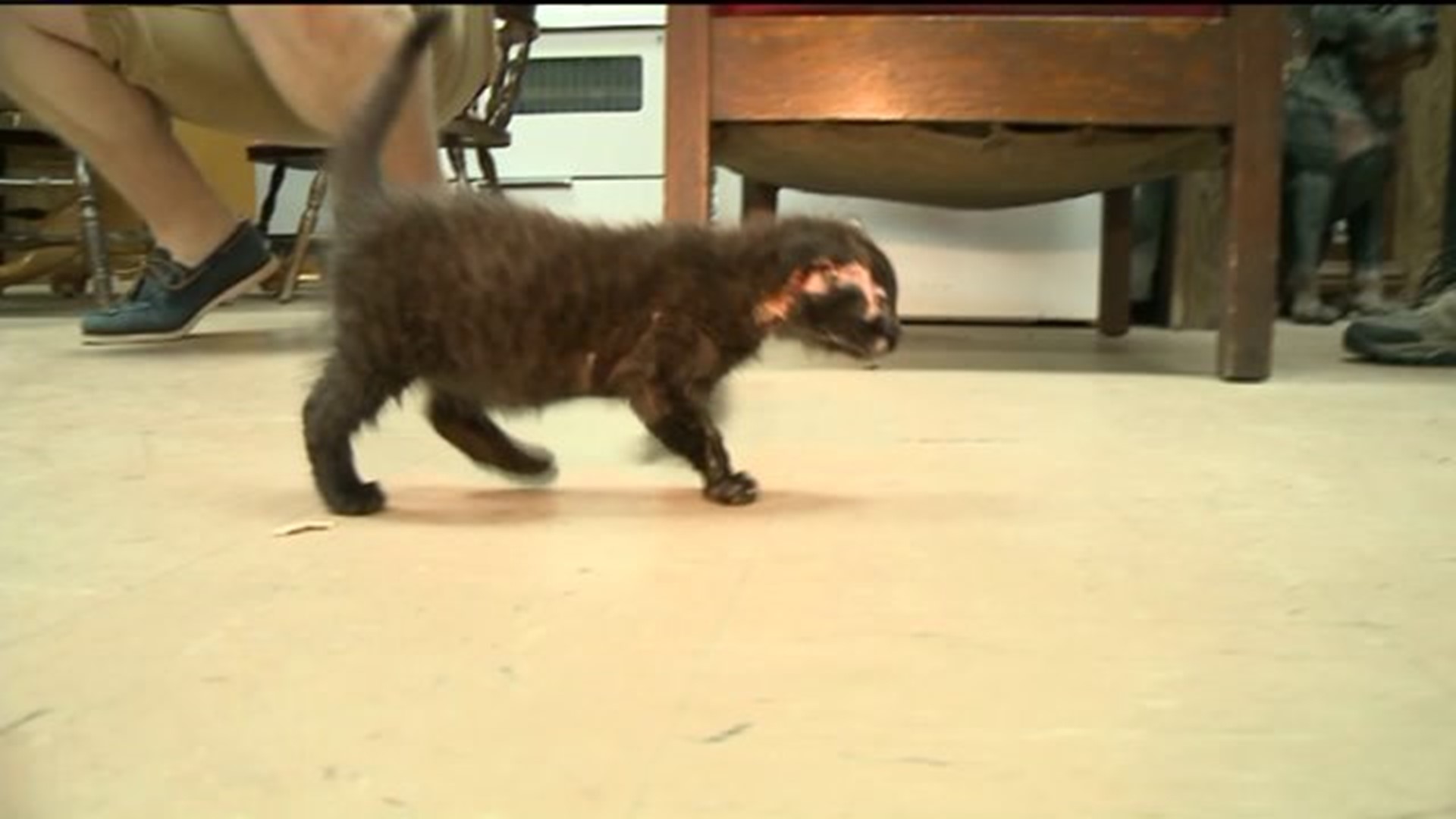 STROUD TOWNSHIP -- A 6-week-old kitten is in rough shape after surviving a fire that officials believe was arson.

Stroud Township firefighters rescued the kitten from the rubble.

The 6-week-old kitten is missing an ear, chunks of fur, and was clinging to one of his nine lives just a few weeks ago.

Firefighters in Stroud Townhip say he was meowing for help in a garage that was on fire.

"Were actually pulling debris and garbage out of the fire and heard meowing underneath a shelf,” said Stroud Township Volunteer Firefighter Matthew Smalley.

The kitten, now named Logi, was all alone and not very happy.

Matthew Smalley rushed him to an emergency vet hoping for the best.

"I wasn't sure if he was going to make it at that point so I was attached right at the start. I was excited every day to go visit him and hold him and everything else and I knew I couldn't' get rid of him,” said Smalley.

They believe Hernandez set his neighbor’s car on fire and it spread to the garage where Logi was.

Hernandez was back in court to face felony charges for this fire, along with animal cruelty charges.

Logi’s new owners say this little kitten is in great spirits but still has several surgeries to go and the vet bills keep piling up.

“We're up to $1,500 already and he's probably going to have surgeries and who knows what else at this point,” said Stroud Township Volunteer Fire Department Assistant Fire Chief David Smalley.

"He's missing a little bit of his face here but he's still happy and in good spirits,” said Smalley.

Hernandez now faces a trial on the arson charge but the magistrate dismissed the animal cruelty charge because Hernandez didn’t know the cat was in the garage.

As for Logi, who’s named after a German fire god, he may lose some toes and some of his fur may never grow back.

As for Logi, who’s named after a German fire god, he may lose some toes and some of his fur may never grow back. There’s a GoFundMe accout called “Love for Logi.” So far it’s raised about $600 .

"He's worth it, he's a really neat little cat and we're glad to have him. He's caught all of our hearts,” said Smalley.