POLK TOWNSHIP, Pa. — Zachary Anthony was killed after a former piano factory collapsed in York, Pennsylvania. Anthony was a firefighter with the York Fire... 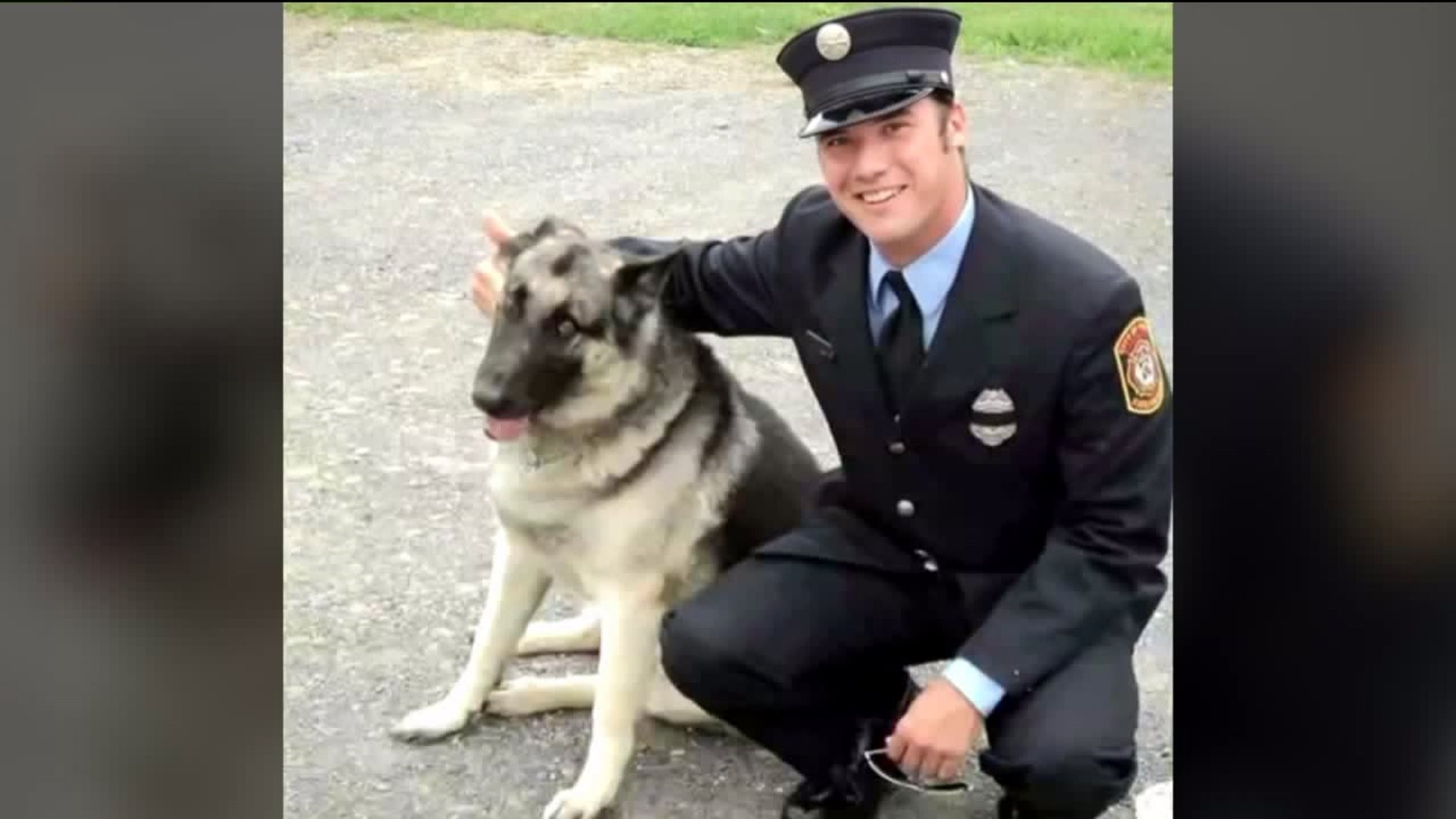 POLK TOWNSHIP, Pa. -- Zachary Anthony was killed after a former piano factory collapsed in York, Pennsylvania. Anthony was a firefighter with the York Fire Department and assisting after the building caught fire.

"It is still a shock. I think it was the most shocking thing I have dealt with in a long time," said his friend Caitlin Moyer.

The 29 year old was a native of Monroe County and known by many people. Caitlin Moyer went to school with Anthony at Pleasant Valley High School and had been friends with him for years. She says a special piece of their friendship still hangs on the wall of the deli she runs near Lehighton.

"Zach was one of our first customers. He signed a two dollar bill and said it was the luckiest so he signed it to us," said Moyer.

"He had the biggest heart in the entire world. There is no one I know that had a bigger heart than him. He was always there for people. You called him up, and he was right there," said Emily Storm, another friend.

Zach's firefighting career started in the Poconos. He volunteered at a number of different departments, including Polk Township. Members there hung black drapes and lowered the flag at half-staff after they found out about Anthony's passing.

"When I got the word that he had passed, it was like a big hole," said Cindy Haydt, Polk Township Volunteer Fire Company.

A message was posted on the Polk Township Volunteer Fire Company Facebook page about the passing of their former member.

Those who worked with him say he was an asset to the company and a person who will be deeply missed.

Two communities now mourn his loss, York and the Poconos.

The public is invited to attend a memorial service for Anthony and fellow firefighter Ivan Flanscha on Wednesday, March 28 from 1 to 3 p.m.

An open funeral service will be held Thursday, March 29 at Freedom Valley Church in Gettysburg.