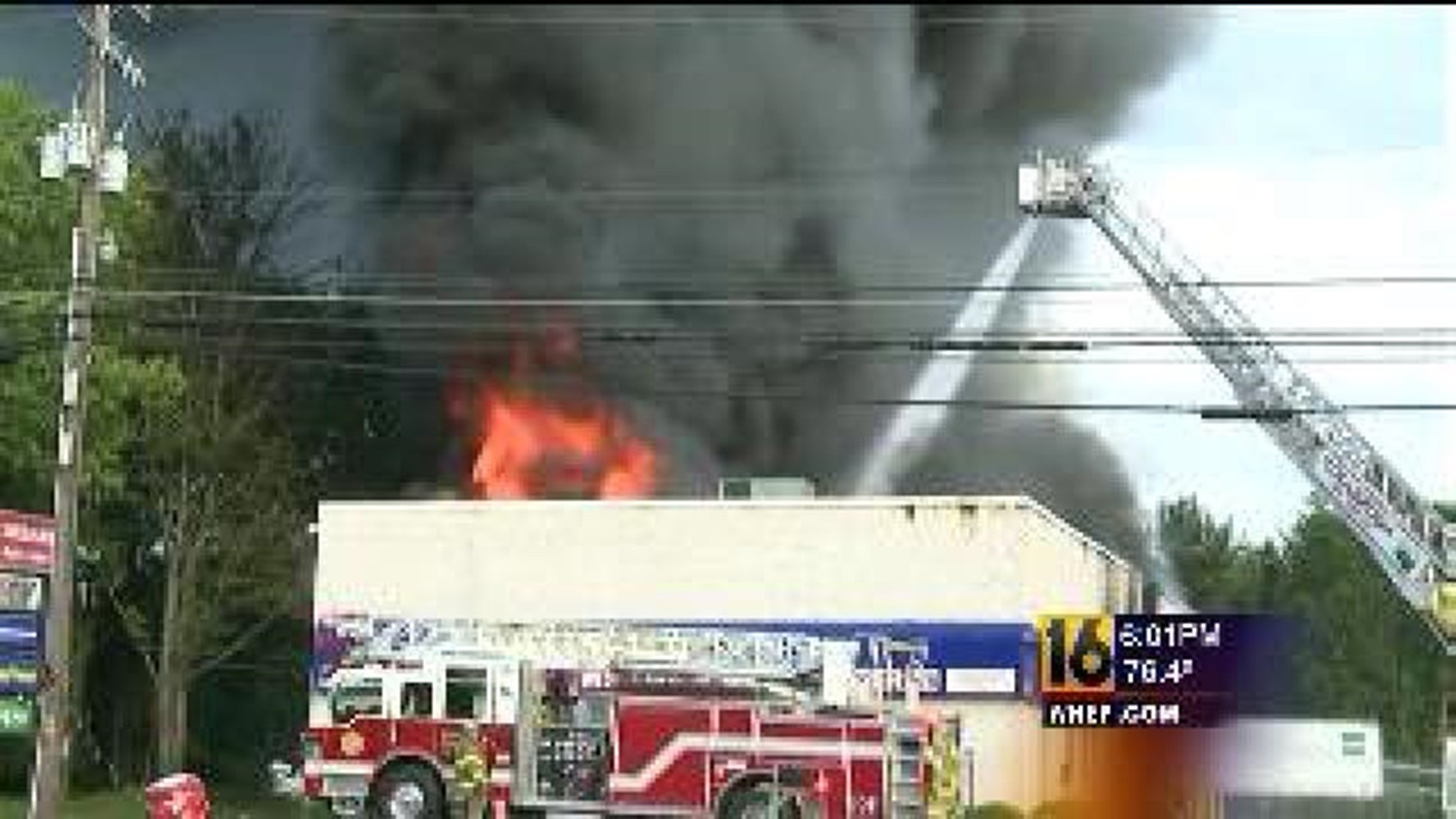 Firefighters were back on the scene Sunday and so was the owner.

The fire started in the third bay and left an enormous pile of wreckage.

Almost 18 hours after it started, firefighters were still putting out hotspots at the auto center on Route 940 in Coolbaugh Township.

The flames and smoke were so enormous, the company president could see the plume all the way in Hazleton.

"So when you can see the smoke in Hazleton what goes through your head, it's not good. It's not going to be a simple clean up on Monday and re-open on Tuesday unfortunately," said Jason Williams, president Jack Williams Tire.

It's estimated the fire did two to three million dollars of damage, destroying three cars that belong to customers and a lot of equipment.

Mechanics own their own tools worth tens of thousand of dollars.

Pocono Summit Fire Chief, George Tallmadge, said this is one of the five biggest fires he's ever dealt with.

"When I got the call that Jack Williams is on fire, I am thinking all the stuff that is inside, what companies I need to call right away, what equipment I need, so when we got the call, right away I called for the two ariels, and tankers because we knew we would need water until we got the hydrants established," said Tallmadge.

As a fire marshal combed through the scene looking for a cause, managers worked on a contingency plan for the shop that employs 18 workers and services 40 to 50 vehicles a day.

"Just try to co-ordinate what we are going to be doing for the next couple of weeks. We have several locations, so we are able to send them over to several stores, and make sure we can accommodate them and keep them working and keep serving customers," said Williams.

Management already has a temporary office trailer on the scene, and even though the damage is pretty dramatic, they hope to have the place torn down and put back up in as little as two months.

Some women came to the site to pray after hearing about the fire at church from their pastor.

"Pray for the firemen like he told us too, pray for the people in the community that are involved so I decided to come here and do that," said Jackie Leonard of Tobyhanna.

Managers said they are hoping to have a temporary location open within the next two weeks. Until then customers will have to go to Jack Williams in Stroudsburg.