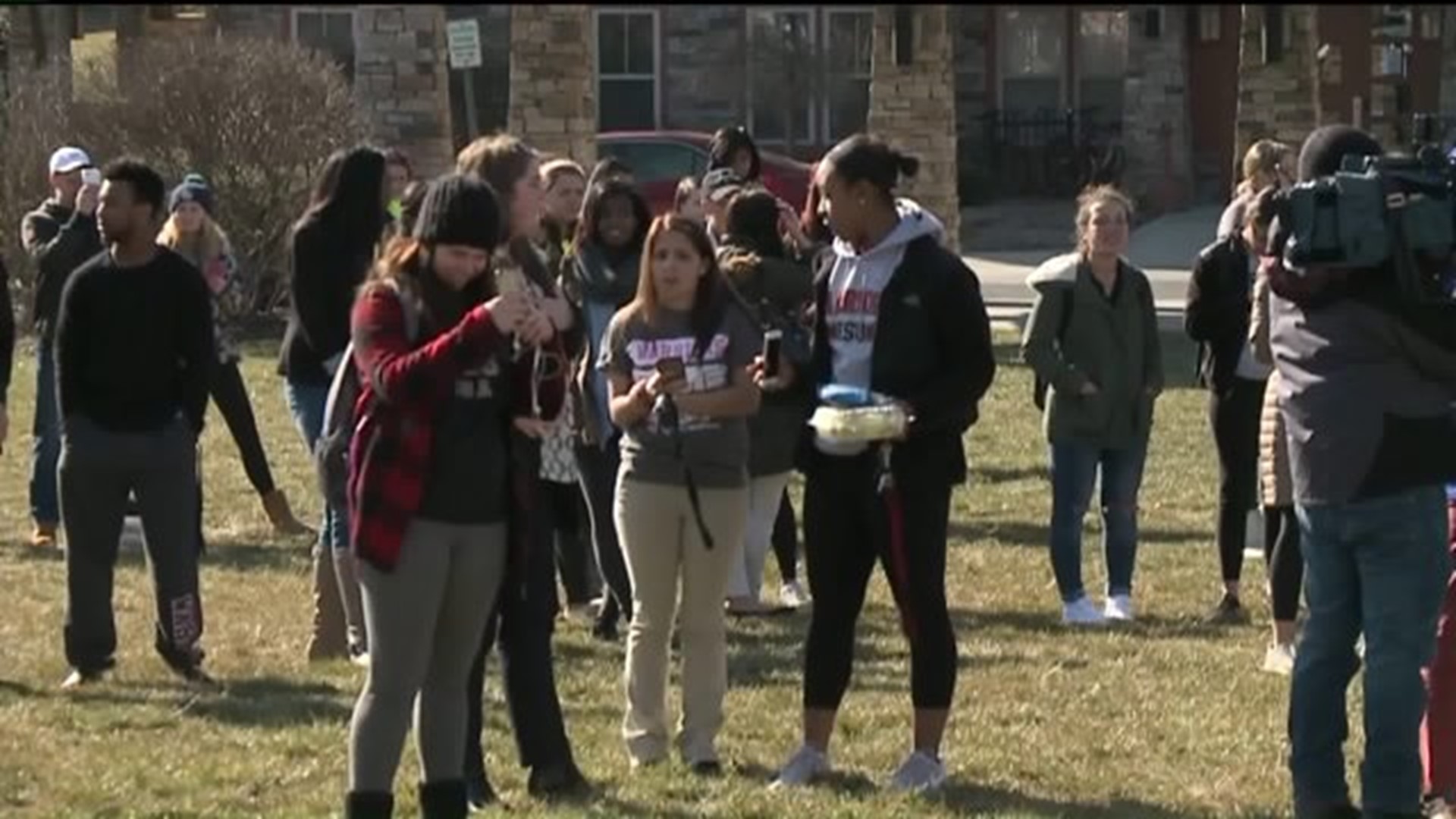 EAST STROUDSBURG -- More than a hundred college students were forced out of their homes after a fire broke out at their apartment building in Monroe County.

Fire crews were called to the University Ridge Apartments, which is part of East Stroudsburg University's off-campus student housing, around 1 p.m. Monday.

Stunned college students rushed back to their homes after the fire broke out in buildings 9 and 10.

“I'm just in shock. I was at my internship when I got the phone call that our building caught on fire,” said senior Holly Kuhn.

“I actually had to go to the ambulance for a little while because I was having a panic attack pretty much. My heart rate was over the roof,” said senior Jessica Condit.

A spokesperson with East Stroudsburg University says the apartment complex is where upperclassmen can rent off-campus housing, and 112 students who live there were forced out due to smoke, water, and fire damage.

No one was hurt, and once the fire was out, fire officials let students back inside to retrieve their belongings.

“Thankfully the fire department was really nice and let us go in and get a lot of our stuff, but it's kind of heartbreaking,” said Kuhn. “I've lived here for two years and like that's my home in there and it's gone now.”

“Luckily we didn't get fire damage, but I saw a lot of rooms that had their roofs caved in. It's just horrible,” said Condit.

The university says since these are apartments, they are not considered dorms and students are encouraged to buy renters insurance. Some admit they don't have it.

The university believes students living in building 10 could move back in in a few days. It's not clear about students who live in building nine.

Until then, the university is providing housing and food to those affected students.

“I think they are getting us a hotel for us to stay at. Our friends live in the buildings around us, so we're going to try to just work something out,” said Kuhn.

A state police fire marshal is investigating what caused the fire.