POLK TOWNSHIP — A husband and wife escaped from a fire in Monroe County that wrecked their home and destroyed several vehicles. Authorities said the fire ... 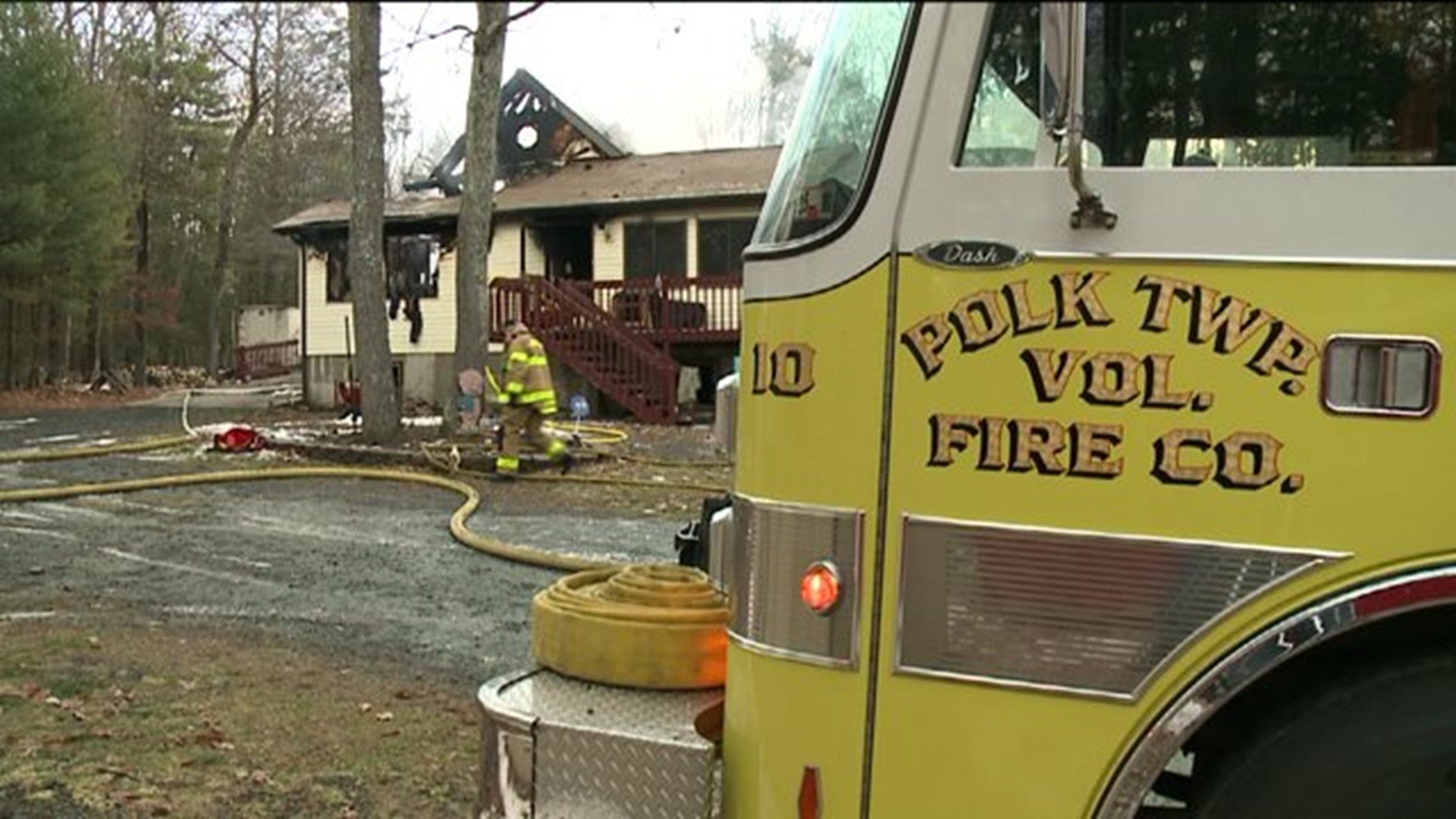 POLK TOWNSHIP -- A husband and wife escaped from a fire in Monroe County that wrecked their home and destroyed several vehicles.

Authorities said the fire on Long Mountain Road in Polk Township near Effort sparked around 5:30 a.m.

More than three hours after they started, crews were still spraying water on what was left of Bill and Bonnie Moffett's home on Long Mountain Road near Effort.

Just before dawn Bill heard their dog Heidi barking. When he went to let her out back, he saw a wall of flames spreading.

Bonnie was upstairs and heard her husband shouting.

"Come down the stairs, the door was nothing but flame. I didn't know where we would go. I walked to go the other way and the window blew out," Bonnie recalled.

Not only did the fire gut the home, it also destroyed two cars, and the cab of a tractor trailer.

The couple uses an electric scooter to get around. It was burned to a crisp.

Firefighters say getting water there was a challenge.

"We had to go about five to six miles away, to pump water out of a lake, and truck the water in," said Polk Township Fire Chief Billy Tippett.

Even before the fire was completely extinguished, the Moffett's grandson was picking through the wreckage, looking for anything that could be salvaged.

While Bonnie was in tears, thinking of all she lost, Bill was able to smile. After 47 years of marriage, he still has what he needs

"Sounds like he did a good job getting you out quick?"

"Yes he did. He's my guardian angel," said Bonnie.

While the Moffetts' dog made it out, their two cats were missing.

Firefighters say while they are not sure what started the fire, they do not believe it was suspicious.