PRICE TOWNSHIP – A family just sitting down to Easter dinner in the Poconos last night was interrupted by a devastating fire that broke out in their nearby gara... 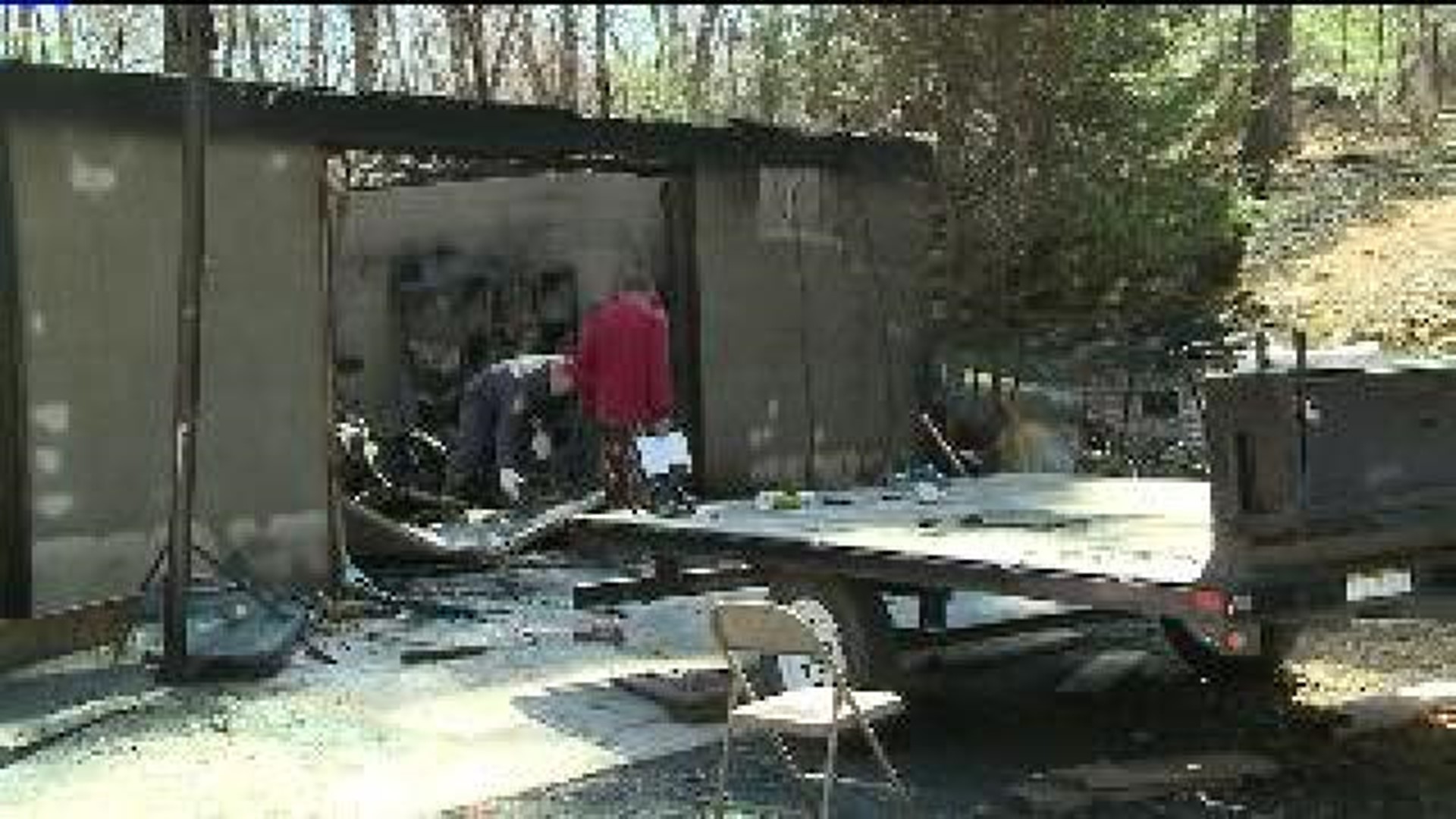 PRICE TOWNSHIP – A family just sitting down to Easter dinner in the Poconos last night was interrupted by a devastating fire that broke out in their nearby garage.

It happened just before 5 p.m. near Marshall’s Creek.

A fire in the garage destroyed most everything the Countermans loved near Marshalls Creek.

Lori Counterman says they heard something strange just as they sat down to Easter dinner.

"We thought we heard car doors. We looked out the window. There were no cars. My son looks out the door he says 'Dad, your garage is on fire,'” said Lori Counterman of Price Township.

Her husband James ran out to where he was just working less than an hour before and tried to salvage whatever he could.

"I seen the roof, it started collapsing and smoke was billowing out the sides there and I just couldn't react,” said James Counterman.

Now, State Police fire marshals are sifting through the damage, looking for a cause.

The Countermans say they’re working to put a list of the losses together themselves.

"There was so much. How do you even count all of the sockets and the wrenches? It's just a loss,” said Lori Counterman.

This 68 Dodge Charger was lost along with some race cars in a fire last night in the Poconos @WNEP pic.twitter.com/CHvCJcD01N

A 1968 Dodge Charger is the biggest loss for the family. Couterman was working to restore it, now he says it can never be replaced.

Two race cars were saved, but it won’t replace the loss of the classic, the first car that Counterman ever drove.

"He was in the process of putting it all together, restoring it, and his dream is pretty much down the tubes,” said Lori Counterman.

But James says he’ll be rebuilding.

"Yeah,yeah, yeah for sure there, I'm definitely going to rebuild, I've got to. I need something to work and tinker on,” said James Counterman.

State Police fire marshals say there’s so much damage they may never know what started this fire.