STROUD TOWNSHIP, Pa. — A library in the Poconos is looking for some help from the community after a garage fire damaged its bookmobile. The bus is a mobil... 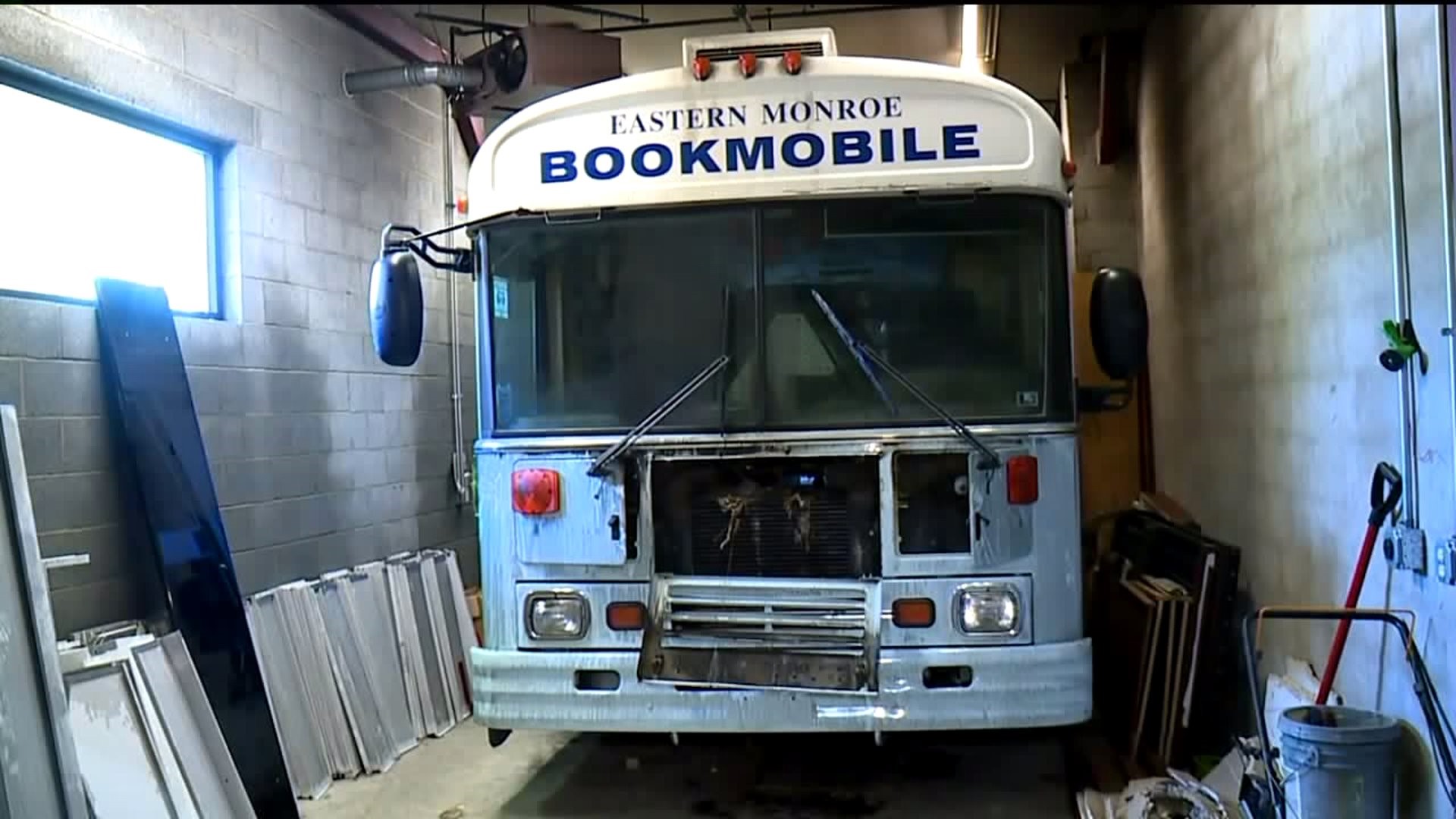 STROUD TOWNSHIP, Pa. -- A library in the Poconos is looking for some help from the community after a garage fire damaged its bookmobile.

The bus is a mobile library and is always seen at special events throughout Monroe County.

The fire happened early Wednesday morning in the library garage.

Fire officials believe the fire might have started in the engine area of the bookmobile.

The director says, luckily, the sprinkler system kicked in to prevent any further damage but now they are tasked with fixing the bus and need some help.

When employees at the Eastern Monroe Public Library near Stroudsburg came into work Wednesday morning, they smelled smoke.

The odor was coming from the garage area in the back of the building where the library bookmobile is kept.

"We smelled some smoke but didn't see any problem until our bookmobile staff went out to take the bookmobile out and we saw that it was burned up," Susan Lyons said.

Fire officials believe the fire started somewhere in the engine area of the bus.

The sprinkler system kicked on and helped douse the flames, though some of the books on the bus were damaged.

Library staff members and people who use this building say, while they are sad that the bookmobile was damaged, they are relieved it wasn't worse.

"We are really grateful that the sprinkler system worked and the fire department responded so quickly," Lyons said.

The bookmobile is used at several special events throughout the county but it will be out of commission for a while.

Ray Williams from Stroud Township says he knows the importance of the bookmobile and hopes to see it back on the road soon.

"You serve the people when you take the service to the people and I think for those who can't get here or might be isolated, I think it's an excellent service."

Donations to help repair the bus are being accepted.

Sasha Bosch from Stroudsburg hopes the library gets the help it needs.

"It's very important. a lot of kids look forward to seeing that at their schools and day cares and so on."

You can make a donation to the Eastern Monroe Public Library by clicking here.