Hundreds of people said farewell Monday to the founder of Pocono Raceway just before Dr. Joseph Mattioli took one final lap around the racetrack he built. More ... 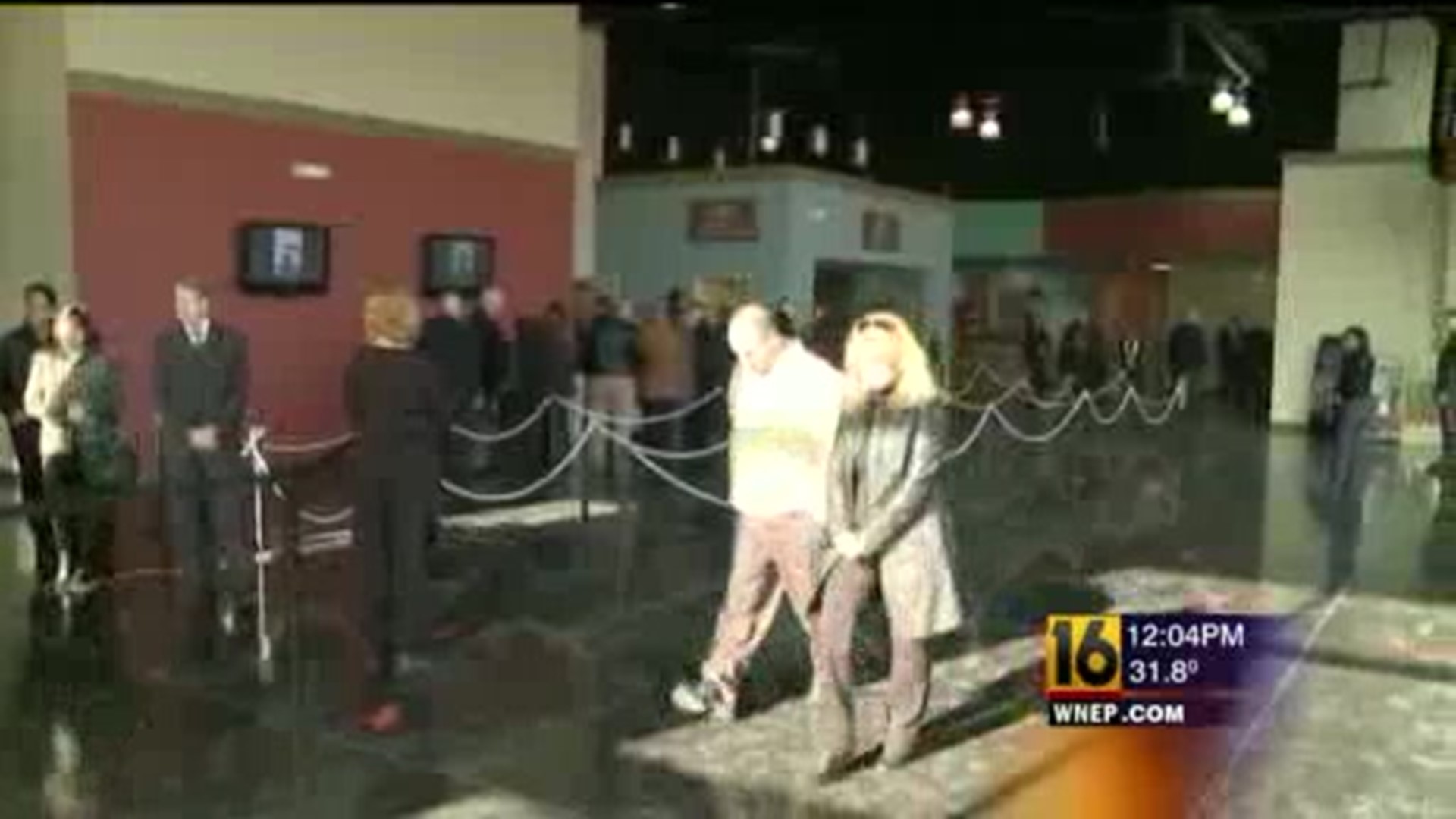 Hundreds of people said farewell Monday to the founder of Pocono Raceway just before Dr. Joseph Mattioli took one final lap around the racetrack he built.

More than 1,300 friends and colleagues came out Sunday and Monday to pay their final respects to the man who created Pocono Raceway.

A steady flow of friends, colleagues and loved ones filed into Pocono Community Church near Mount Pocono to say goodbye to a man many people loved and looked up to in the community, a man who made a name for himself both in the Poconos and in NASCAR.

"Doc" Mattioli, the man responsible for building Pocono Raceway in the 1960s, and impacting many, many people along the way.

"He was a good man and he will be missed. I almost consider myself family to him, because we've known each other for almost a lifetime," said former race car driver Mario Andretti.

"He's iconic. Not just in this area but all through our industry. Doc Mattioli and Rose were pioneers for our industry, our sport and particularly for NASCAR," said Mike Helton, president of NASCAR.

"Doc Mattioli is why we get to do what we do," said Executive Director of the NASCAR Hall of Fame, Winston Kelley.

His viewing spanned two days. The funeral mass followed on Monday at Saint Peter the Fisherman Church in Lake Harmony.

Right after the funeral mass "Doc" Mattioli took his final lap around the racetrack he built.

The family requested no media be allowed inside the track, however, Newswatch 16 got the opportunity to watch "Doc" enter his Pocono Raceway one last time.

More than a half dozen vehicles slowly drove past Doc Mattioli`s home on Long Pond Road, then pulled into Pocono Raceway for one final lap around the racetrack.

"It's sad to say goodbye to him but he led a great life, had a lot of passion and energy that will characterize Pocono for decades for us and generations to come," said Helton.

"It's a great loss. He was definitely an icon in the sport of motor racing," said Andretti.

The executive director of the NASCAR Hall of Fame said there is a definite possibility that "Doc" Mattioli could be inducted.