DELAWARE WATER GAP NATIONAL RECREATION AREA, Pa. — You can see the impact the partial government shutdown is having within the Delaware Water Gap National... 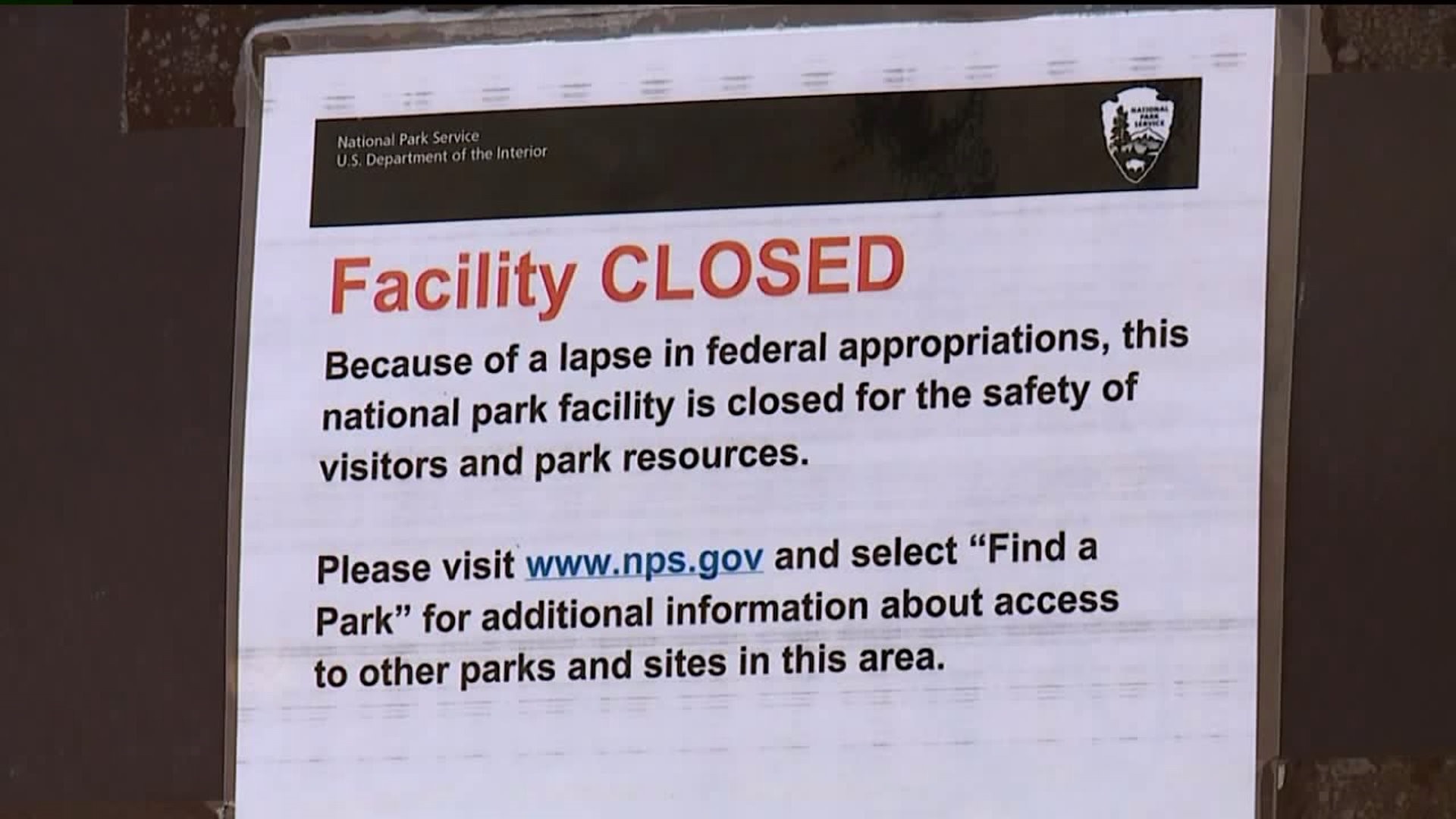 The partial government shutdown has left many parks without most rangers and other staff who would normally maintain it.

This location in the Poconos is a popular hiking spot and rest stop. The bathrooms are now locked though, but apparently, it's not stopping people who have to go.

The Delaware Water Gap National Recreation Area is known for its scenic views, and usually, park employees do a good job at maintaining the area, but as the partial government shutdown continues, some views have become less enjoyable.

"If you gotta go, you gotta go. If you can't use a bathroom, what other options do you have?" Kayla Starr asked.

The shutdown has left many parks, like this one, without most rangers and other employees who keep the areas maintained. There are posted signs alerting people that the facilities are closed.

"It sounds pretty nasty, some of the stuff that is going on," Kyle Willner said.

As for the trails, hikers who frequent this area say you can see they not being closely monitored.

"Compared to last week, some of the debris that was on the ground, we noticed it there again, but there were some fallen trees that made our way a little more difficult," Alex Moreno said.

Some hikers we spoke to say when they hear government shutdown, they think it only impacts people and businesses on a larger scale, not something on a smaller trail like maintenance of a park trail and rest stop.

"It's impacting people in local communities and people who just want to travel from long distances just to come and enjoy something like this and a government shutdown just kind of dampens it," Starr said.

"Last night I actually went online to check trails by Yosemite and I can't check anything just because of this government shutdown, all the trails and the website are at a standstill, so I can't even plan a trip there," Moreno added.

Newswatch 16 tried to reach out to members of the National Park Service for comment, but we received an automated email response saying messages will not be returned until after the shutdown has been lifted.