MOUNT POCONO, Pa. — The weather is expected to make it a messy morning on the highways for those heading into work on Tuesday. If you commute by bus, Penn... 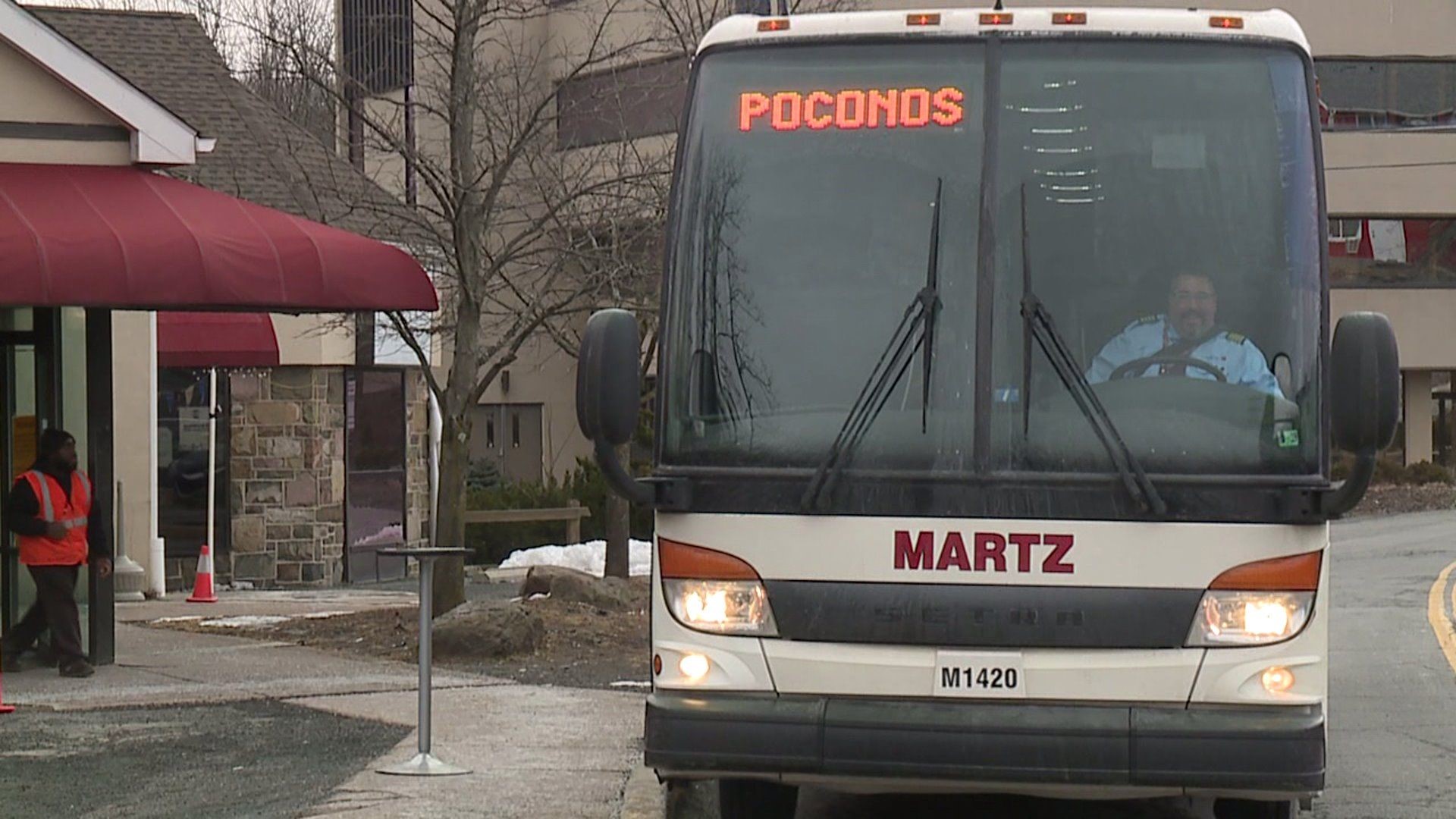 MOUNT POCONO, Pa. -- The weather is expected to make it a messy morning on the highways for those heading into work on Tuesday.

If you commute by bus, PennDOT has some not so good news.

Commuters returned home Monday evening at the Martz terminal in Mount Pocono after a day of work in New York City.

With another winter storm expected to bring snow during the trek back to the city in the morning, PennDOT is planning to ban all commercial vehicles from several highways, including Interstates 80, 380, and 81 starting at 6 a.m.

That restriction also applies to buses.

So how do these commuters plan to get to work?

“I hope they don't do it, but if they do, I'll just stay home and sleep. Enjoy it. Enjoy the day,” said Ken Coulter from Nanticoke.

Martz says it will have early morning runs available from its main terminals in Wilkes-Barre, Scranton, Mount Pocono, and Delaware Water Gap to help its customers get into New York City before the travel bans are in effect. Then buses will run on a condensed schedule.

Martz advises customers to pay attention to bus schedules throughout the day as they will be updated as restrictions are lifted.

Tywana Riddick from Tobyhanna says depending on what time the ban is lifted, she may just spend the night in New York.

“You give the commuters enough time to see if they want to stay in the city or come back because it’s a long commute, and it's a long travel, and most of us have to be at work,” said Riddick.

Martz suggests commuters sign up to get Martz Alerts on their phone.