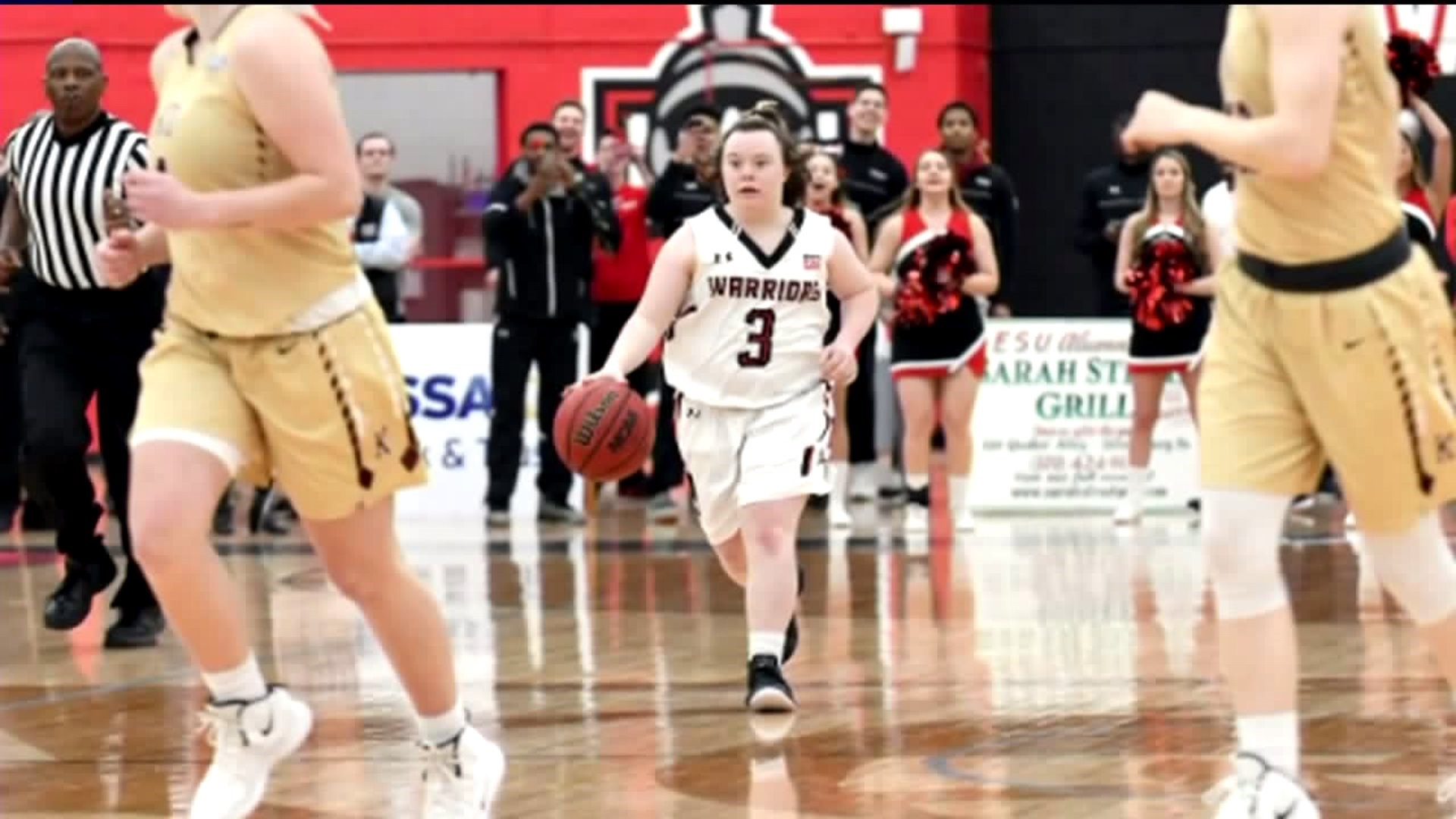 Rachel has Down syndrome and has been the team's manager for the last three years.

Her smile and positivity on the sidelines usually wow the crowd, but at the Senior Night game, her dribbling and shooting skills took center court.

"My mind was completely clear. I was calm, and the best part was going crazy. It was the best thing that ever happened," said Rachel.

"It was her dream to get on the court and play a college basketball game and we had a small part in that. We are honored, and it was a pretty magical night," said Coach Diane Decker, East Stroudsburg University Women's Basketball.

"It's Rachel's world and we are just living in it. To see the fire in her eyes over the past couple days, getting to practice the plays we were going to run for her and just every day, she's the calm before any storm we experience," said Marlene Bassett, East Stroudsburg University Women's Basketball.

Rachel is no stranger to the spotlight. Last year, her basketball idol Steph Curry flew her out to California for a Golden State Warriors game and a meet and greet

What do you think Steph Curry has to say about all of this?

Rachel will graduate this spring and hopes to get a job as a sports manager...or maybe Steph Curry's shooting coach.