EAST STROUDSBURG — A large crowd of students and dozens of faculty at East Stroudsburg University rallied outside the school Tuesday afternoon. Their mess... 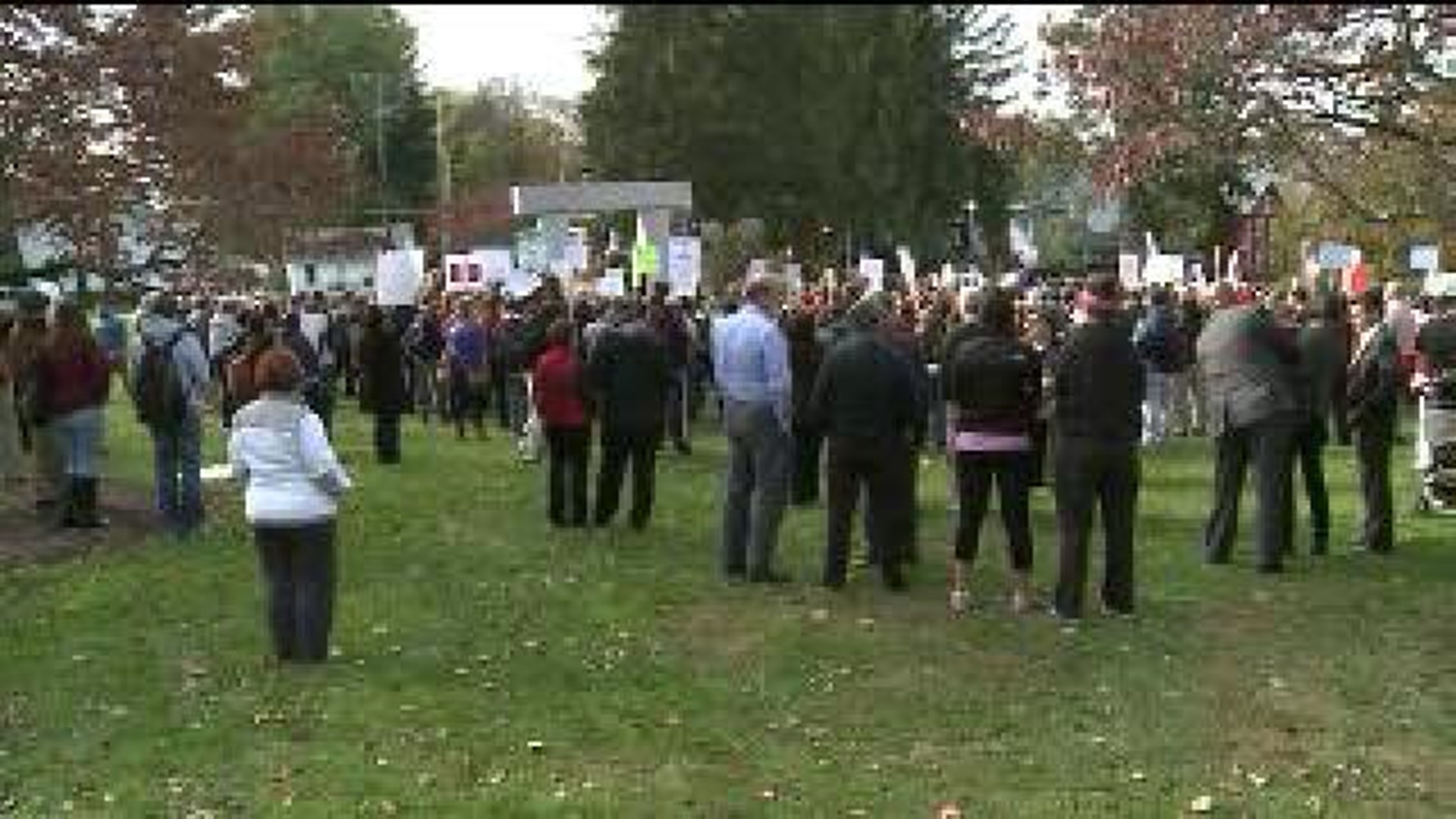 EAST STROUDSBURG -- A large crowd of students and dozens of faculty at East Stroudsburg University rallied outside the school Tuesday afternoon.

Their message to officials: no faculty should lose their jobs to reduce the University's budget deficit.

"That's why we're here today. To support the students it's going to impact them," said Pat Pinciotti, a professor in the Elementary Education Department.

That department is one of a few that may be consolidated or its professors to help reduce a nearly $7 million dollar budget deficit for the next academic year.

"Right now in one of my classes I'm teaching in two different rooms on certain days because the room isn't big enough to hold the work we do in there," said Pinciotti.

Andi McClanahan is the chair of the Communications Department.

Her department was spared from cuts but this Bloomsburg Graduate knows the importance of University professors.

"It was the faculty that I had there that believed in me that got me where I am today," said McClanahan.

Students also spoke out at the rally.

Jordan Frazier was one of the speakers hoping to ignite a change.

"I care about the school and I care about my education." said Jordan Frazier, an ESU English major.

A final announcement on what positions will be cut and what departments will be consolidated at East Stroudsburg University is expected Wednesday.