PEMA and the Department of Health are both working to set up this temporary hospital location on the Campus of East Stroudsburg. 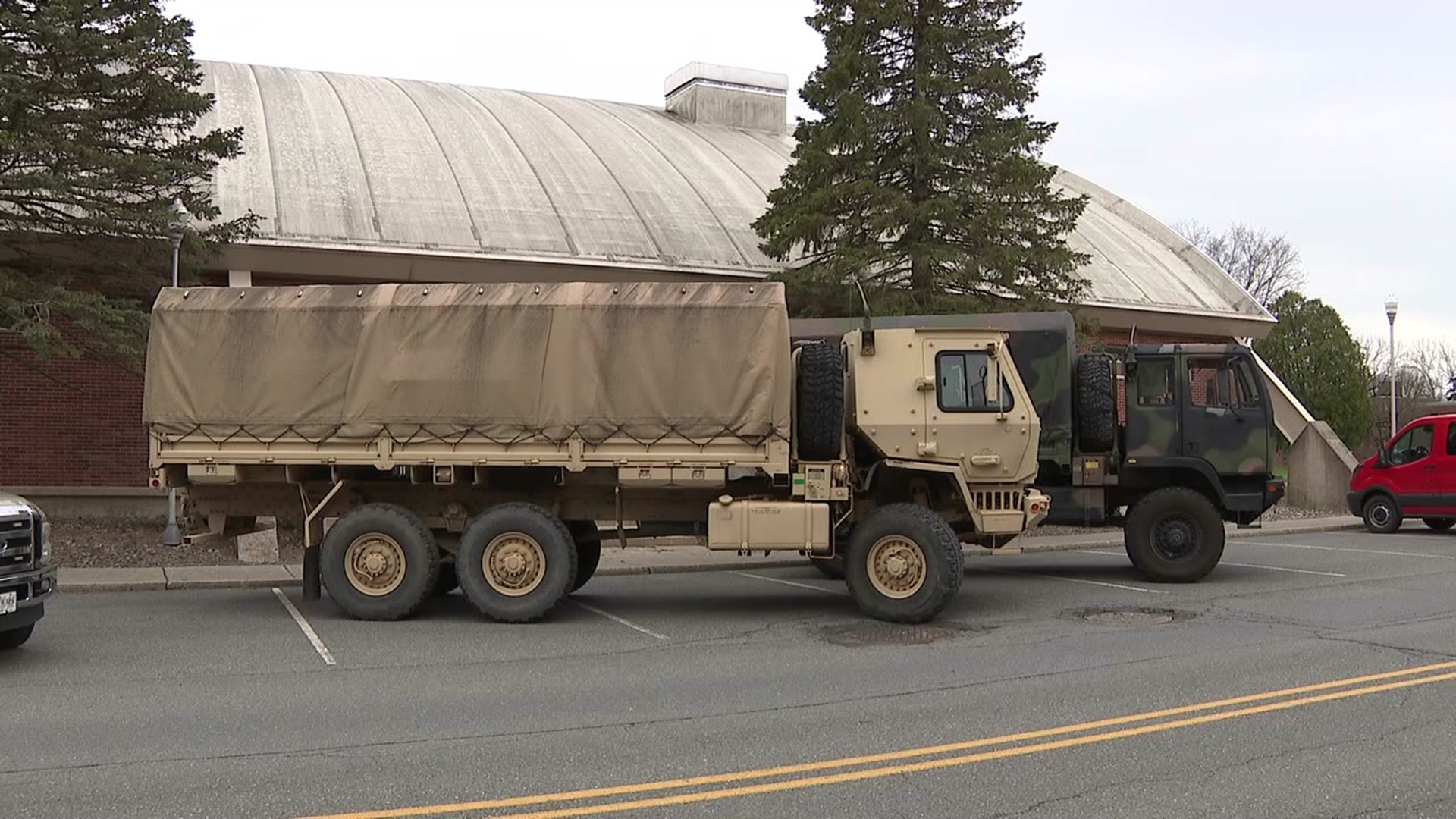 EAST STROUDSBURG, Pa. — Department of Health trailers and members of the National Guard was seen at East Stroudsburg University.

The state is working to put a temporary hospital inside the college's Koehler Field House.

About 200 hospital beds were moved inside.

This alternate site will be used for patients who need medical treatment, but not with life-threatening conditions,  or not for those who are infected with COVID-19.

"We would be able to decompress the hospital with those patients. I don't have a specific timeline on when it will be open, but a lot of it will depend on how stressed our hospitals are with patients with COVID-19, but we are getting that care site ready as well as one in Philadelphia," said Dr. Rachel Levine, PA Secretary of Health.

The setup is being handled by the PEMA and the Pennsylvania Department of Health.

A portion of the hospital beds you see here came from another medical site just outside Philadelphia.

During an interview with Lehigh Valley Hospital-Pocono, hospital President Elizabeth Wise said the hospital has been in discussion with PEMA about the field house.

"There's discussions around that in terms of support. The current plan is that it would be staffed by PEMA, but certainly, there are discussions going on regarding support for that space," said Elizabeth Wise, President of Lehigh Valley Hospital Pocono.

Newswatch 16 also asked hospital officials why they believe East Stroudsburg was picked for a temporary hospital.

"Our proximity to New York, the number of community residents that we have that work in NYC as well as come from the city that has second homes here and the Route 80 corridor and our proximity really lent itself to take a look at would this be a location where we would need to set something up," said Wise.

According to the state, Koehler Field House should be ready for patients later this week, if not early next week.