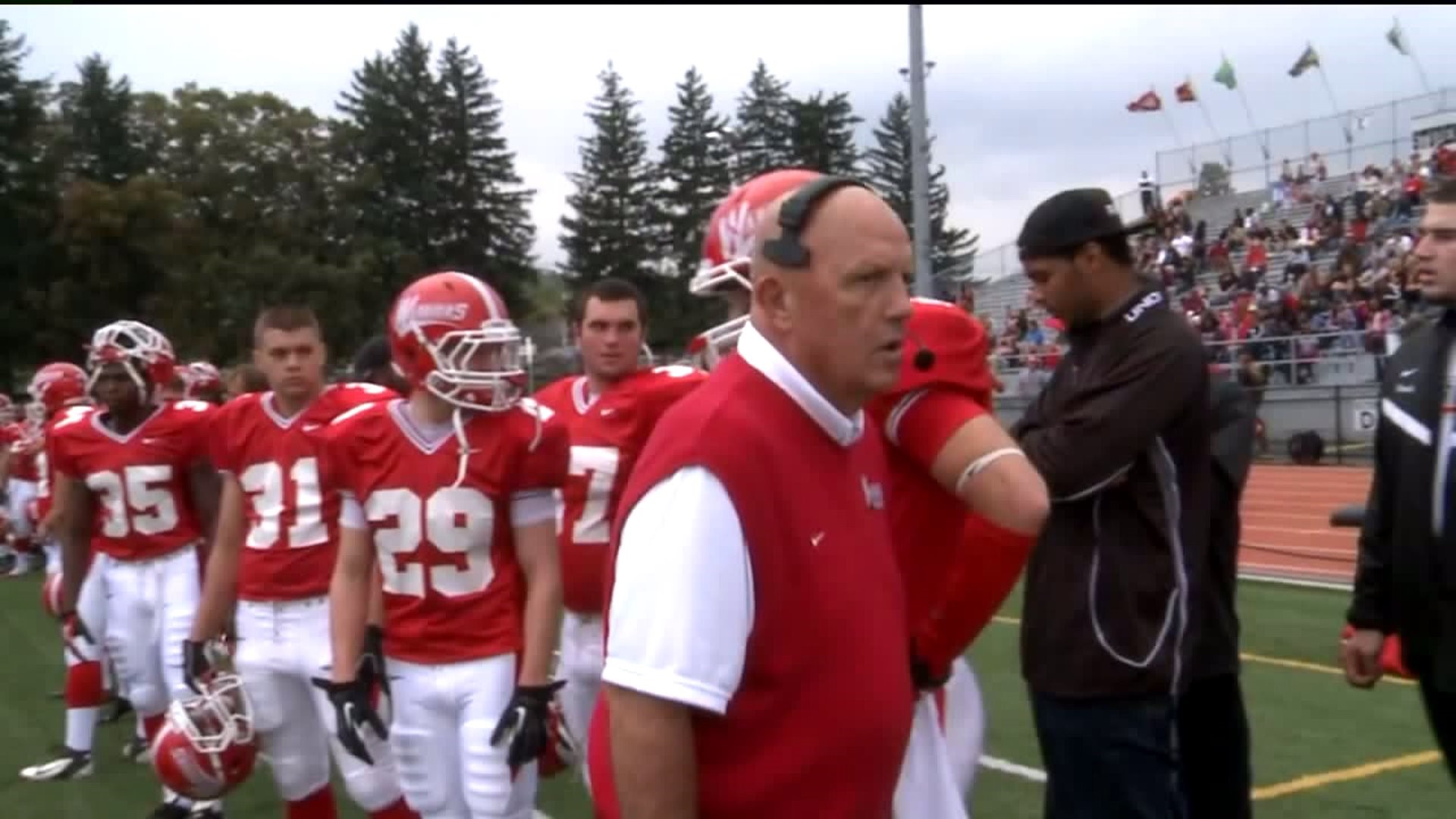 On Saturday, he made a big announcement to his players during the last home game of the season. He will be stepping aside.

"I nudged the official in front of me and I said, 'Sir, we are going to call a fourth timeout. I know that is illegal, you're going to penalize it, but that's OK. I am retiring.' I called timeout with four seconds to go, blew the whistle, the kids came in and I told them this is what we are doing," said Coach Douds.

Couch Douds still has the most wins of any active NCAA football coach.

He spent 45 seasons as head coach at ESU and 53 seasons with the program.

Douds says he didn't want his plan to retire to become a distraction, so he waited until the last second, with another plan in place.

"I told my wife when I leave the stadium, I am going to tip my hat and say, 'I love ya.' I tipped my hat, walked to the car, and smiled all the way home," said Coach Douds.

Players who were on the field when Coach Douds made his announcement say it certainly did come as a surprise, but it's been an honor playing for him.

"He is legendary in this program and around this area. We are all sad about it, but the only thing we can do is move forward from here, and that's what we are looking to do as a program," said Keanan Baines, Warriors defensive tackle.

With two away games left in the season, Associate Head Coach Jimmy Terwillger will act as interim head coach.

As for Coach Douds, though his job on the sidelines is over, he still plans to teach and fundraise at East Stroudsburg University.