CANADENSIS — School was closed for the fifth time in the Pocono Mountain School District due to the manhunt for a suspected cop killer. Nearby in the Cana... 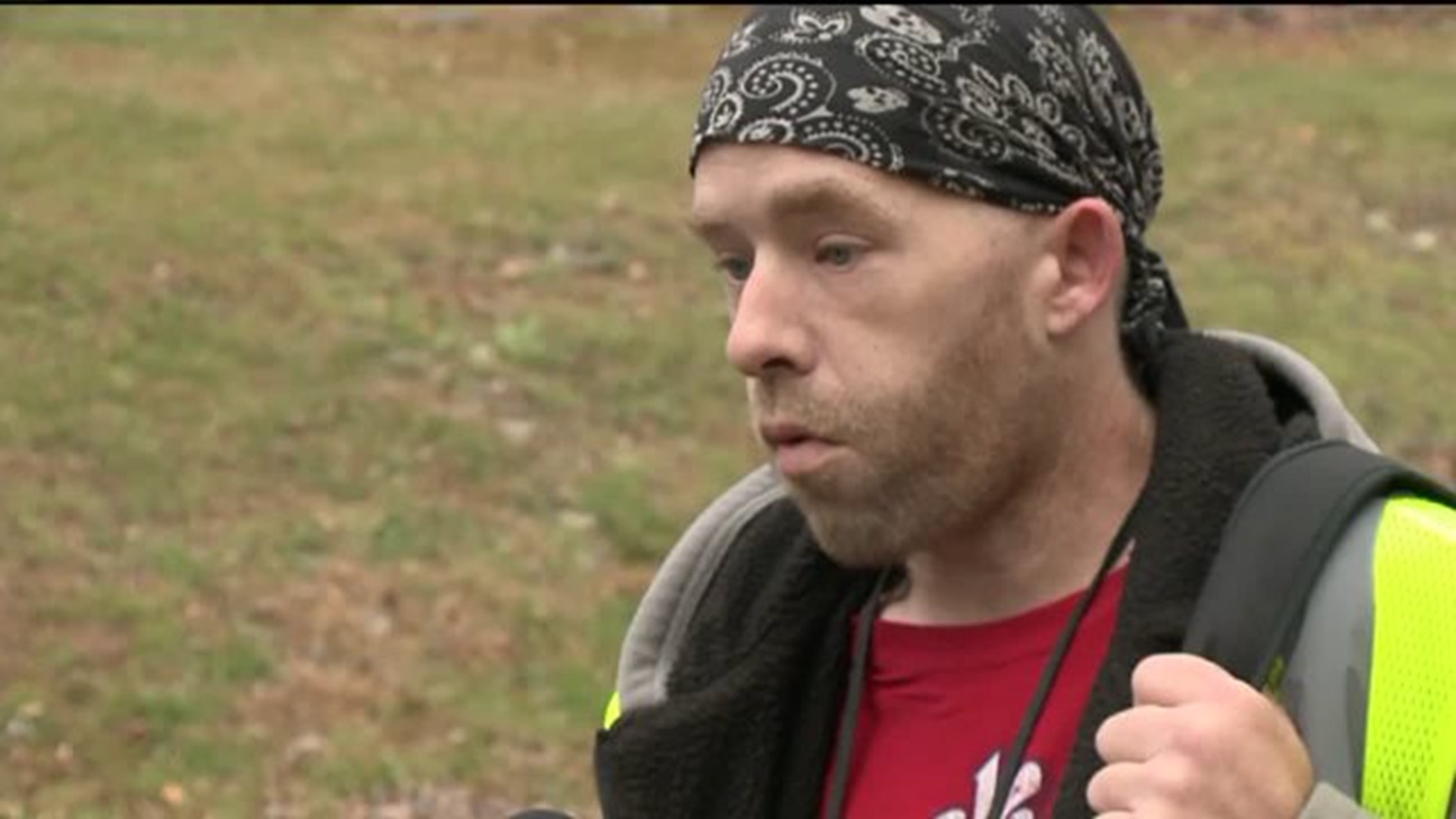 CANADENSIS -- School was closed for the fifth time in the Pocono Mountain School District due to the manhunt for a suspected cop killer.

Nearby in the Canadensis area, we found one man who can't seem to walk to work without being mistaken for alleged cop killer Eric Frein.

"For some reason people seem to think I'm the one they're looking for."

Down Snow Hill Road and across Route 447 near Canadensis, James Tully has made this five-mile trek to and from work for about a year now.

"Because I'm walking and I'm carrying a book bag, and for some reason people seem to think I'm the one they're looking for," Tully said.

Troopers have stopped Tully more times than he cares to keep track of, disrupting his walk to take a closer look at this "Frein look-alike."

It even happened right as our cameras were rolling.

"I've lost count after 20 in total. The most on one round trip stretch was about seven times."

Now Tully wears his photo ID badge from his employer, JA Reinhardt, a factory that does metal manufacturing for mostly military equipment in the Canadensis area.

But even with the badge, Tully says he was ambushed Friday night on his way home from work just after midnight.

"Driver jumps out, yelling to get down on the ground, has his rifle pointed at my head. Now I'm doing my best to comply with him, he kept screaming at me wanting to know what my name is."

Tully says a visit to the hospital revealed he had bruised ribs from the incident.

Now, as the search shifts to the Swiftwater area, he hopes Frein is found sooner rather than later because Tully can't afford a car and can't afford to stop walking to work.

He's now wearing a reflective vest to deflect some of the suspicious looks he's been getting.

They plan to make a decision on whether or not to have school on Wednesday by about 8 p.m. Tuesday.