DELAWARE WATER GAP, Pa. — Drivers going through Delaware Water Gap in Monroe County will notice that the new roundabout is open. Work on the roundabout st... 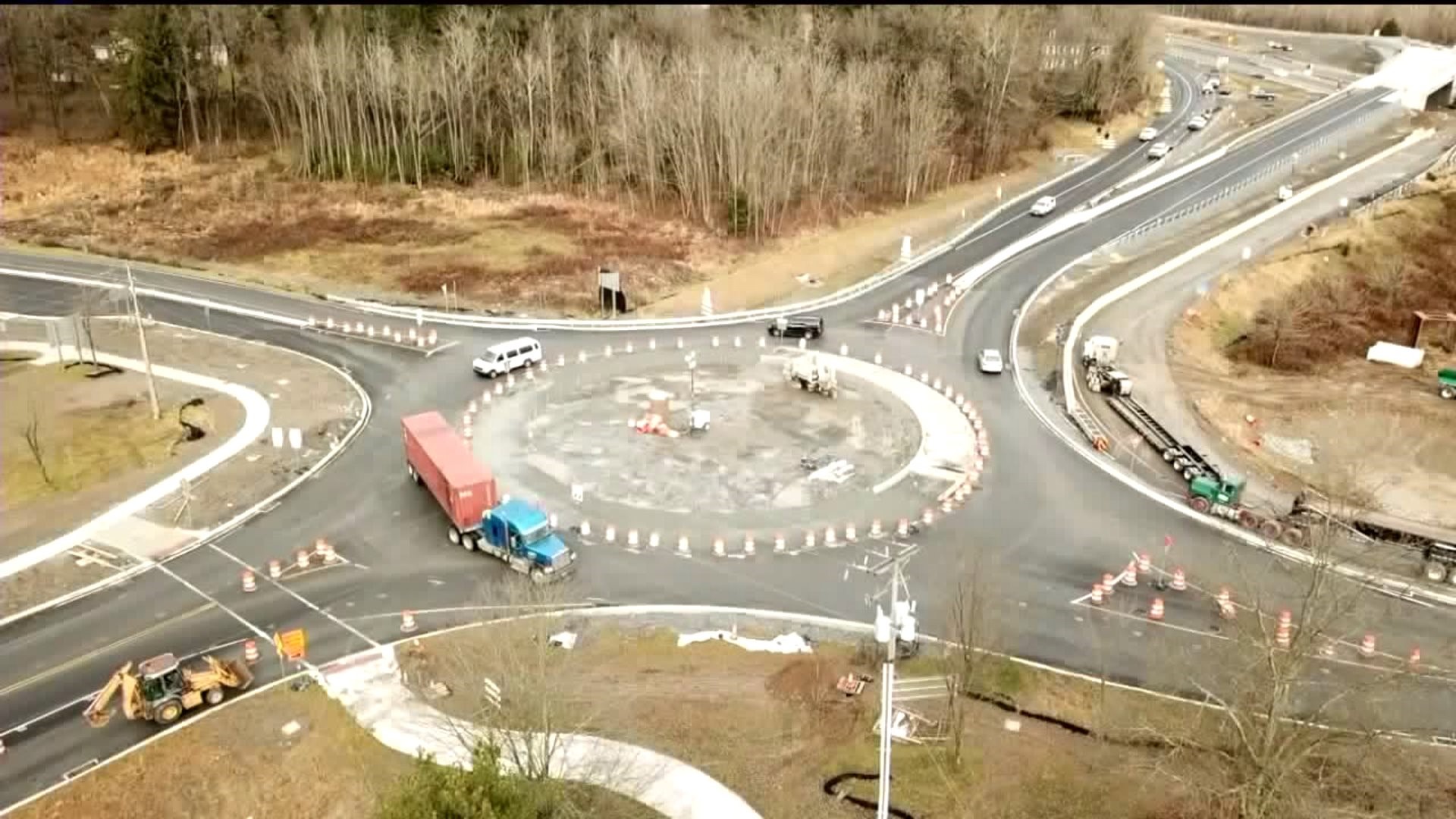 Work on the roundabout started back in April, and while construction of the roundabout is finished, PennDOT says there are still some pieces of the project that aren't complete.

Drivers we spoke to say it's taking some time to get used to the change, but they think it's a positive one.

Dimitri Correa lives in Shawnee and says he's used it a few times since it opened just before Thanksgiving.

"It's different, a little confusing at first to get around, but it's kind of needed at the same time. It works," Correa said.

Construction on the roundabout started back in April. This multimillion dollar project replaced the traffic lights at Broad Street and River Road.

The project also includes the replacement of two ramp bridges at the Delaware Water Gap exit on Interstate 80.

"I thought they were going to be in the past. I'm from New Jersey and they had roundabouts all over. Eventually, they get turned into bridges," said Jim Macglashan.

Even though the roundabout part is open, PennDOT officials say there is still more work to be done. Some of that work includes the final paving and line painting.

PennDOT officials say weather caused a big delay in project completion. Because of that, the whole project isn't expected to wrap up until the spring.

"Now it's a little bit better, but until they raise the circle, the surface, until then it will be painful, but I hope after that it will get better," said Sam Sharma, owner of Water Gap Convenience.

PennDOT officials encourage drivers to pay attention to the posted signs to easily maneuver around the roundabout in Delaware Water Gap and to move slowly in this area.

The Delaware Water Gap roundabout is open, but construction crews still have a lot of work to do before they are done. An update on the construction tonight on @wnep #skycam16 pic.twitter.com/L1bIPPeFbi