POCONO TOWNSHIP, Pa. — We are learning more about a police chase that happened Tuesday afternoon near Tannersville. The tail end of the incident was caugh... 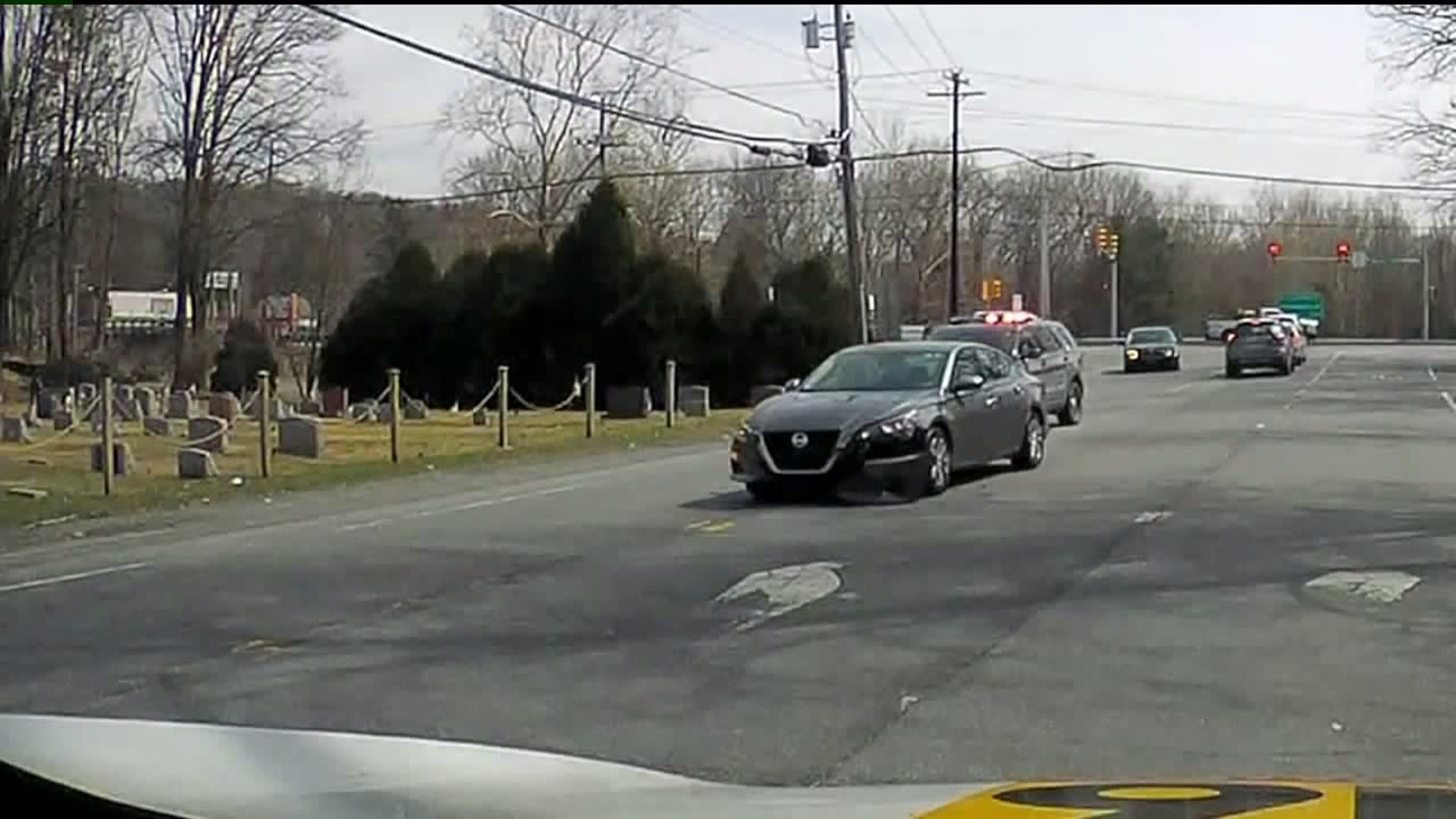 POCONO TOWNSHIP, Pa. -- We are learning more about a police chase that happened Tuesday afternoon near Tannersville.

The tail end of the incident was caught on a Newswatch 16 dashcam.

The man seen running from the vehicle is Jerry Matos from Brooklyn, New York. Authorities say he led troopers on a high-speed chase on Interstate 80.

According to court papers, Matos refused to stop after state police attempted to pull him over for a traffic violation.

While reaching speeds of approximately 100 mph, Matos crossed the median and hit Christopher Lew from Stroudsburg. Lew was on his way to work.

"I saw this car coming across the median. I thought they were out of control. I swerved, and I thought I had avoided it but then I got smacked in the driver side rear end," said Lew.

Lew says he is OK, but a little sore from the crash.

He says once he saw more troopers coming down I-80, he knew something was up.

"It was a bit of a surprise to see all of those police cars pursuing him and so many," said Lew.

Matos can be seen driving his car, with a busted front bumper, into The Crossings Premium Outlets in Pocono Township.

After Matos jumped out of his car and took off on foot, it was only minutes before troopers arrested him. Newswatch 16's dashcam caught that, too.

Police say they found oxycodone pills inside a plastic bag and a "large amount of money" on Matos.