STROUDSBURG — Months after a bicyclist was run down and killed, the driver of the car that allegedly hit him went before a judge. Outside of the courtroom... 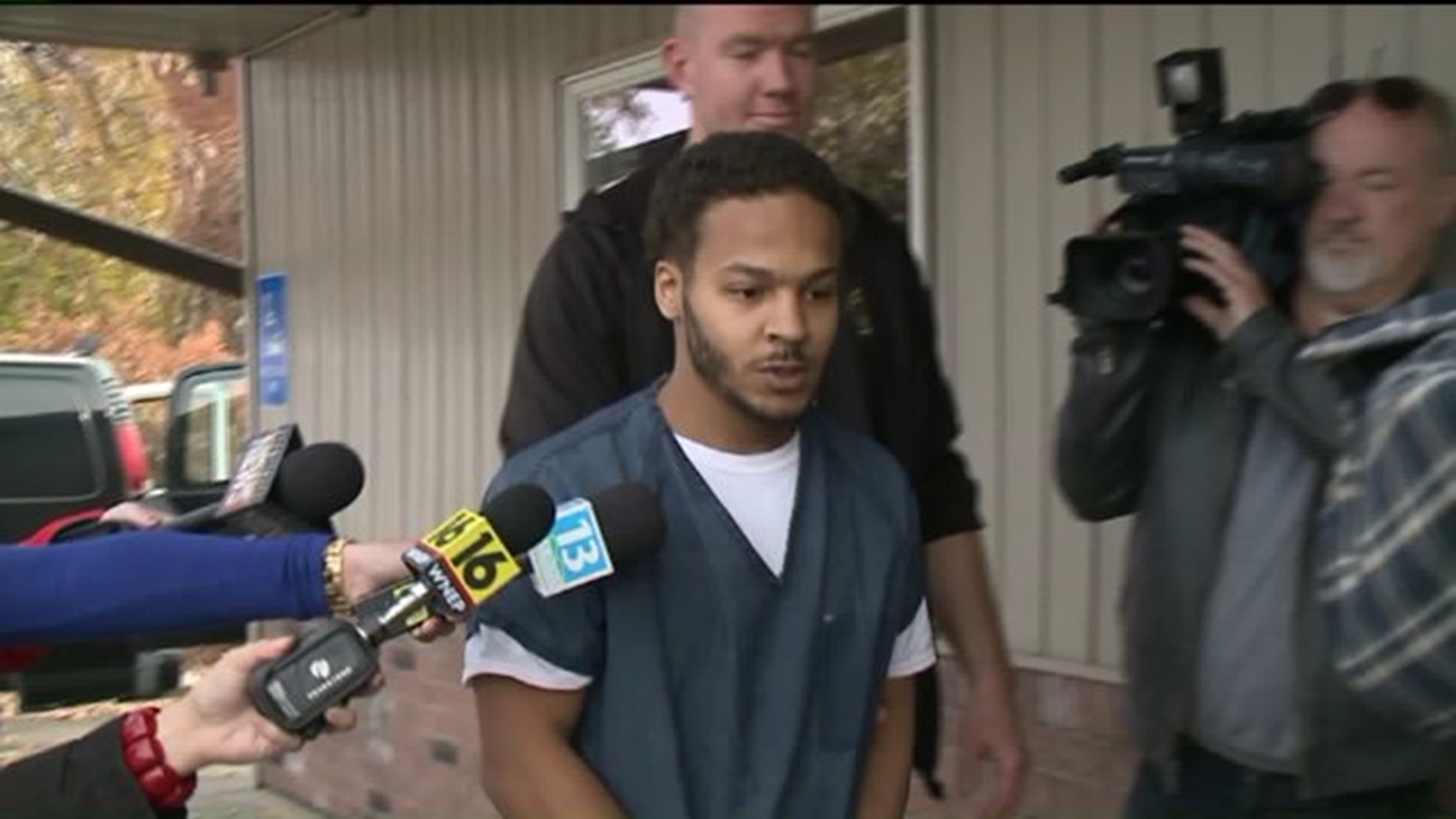 STROUDSBURG -- Months after a bicyclist was run down and killed, the driver of the car that allegedly hit him went before a judge.

Outside of the courtroom, that man said it was a terrible accident.

The driver of the SUV, George Santana told us he’s very sorry for what happened to Tyrone Miller. Miller was riding his bike on the sidewalk when he was allegedly hit by Santana and killed.

Walking into court handcuffed, George Santana of Stroudsburg has nothing but apologies for the family of Tyrone Miller.

"Sorry, it was an accident. I'm deeply sorry," said Miller. "I don't want to say anything," he added when asked what happened that night.

In June, police believe Santana drove down Main Street around 3 a.m., crossed over the double yellow line, and then up onto the sidewalk in downtown Stroudsburg, hitting Tyrone Miller, who was out riding his bike.

Miller died. He was dragged under Santana’s Ford Explorer for 88 feet before it stopped.

Miller was a U.S. Army Staff Sergeant cook for nine years and had worked as a chef in the Poconos.

"He was a loving husband, a loving father, and a loving grandfather and everybody misses him tremendously. Everybody is praying that justice will be done here,” said Steve Wigrizer, attorney for the victim's family.

So many of both Miller’s and Santana’s family members showed up for the hearing at a district judge’s office in Stroudsburg that they couldn’t all fit in the courtroom.

The hearing was waived in exchange for reducing Santana’s bail.

"The matter should be moved downtown to the court of common pleas. This way all family members from both sides can attend,” said Wigrizer.

Santana tells officers that he fell asleep behind the wheel that early morning in June.

Test results showed there was no alcohol or drugs in his system when his SUV barreled up onto the sidewalk causing all sorts of damage and hitting Miller.

Santana wouldn’t tell us where he was going or what happened, just that he’s sorry.

"It was just an accident. I'm very sorry for his family's loss,” said Santana.