STROUD TOWNSHIP, Pa. — When a 5-year-old pup named Mercy was brought into A.W.S.O.M. Animal Shelter on Sunday, she was nothing but skin and bones. The ter... 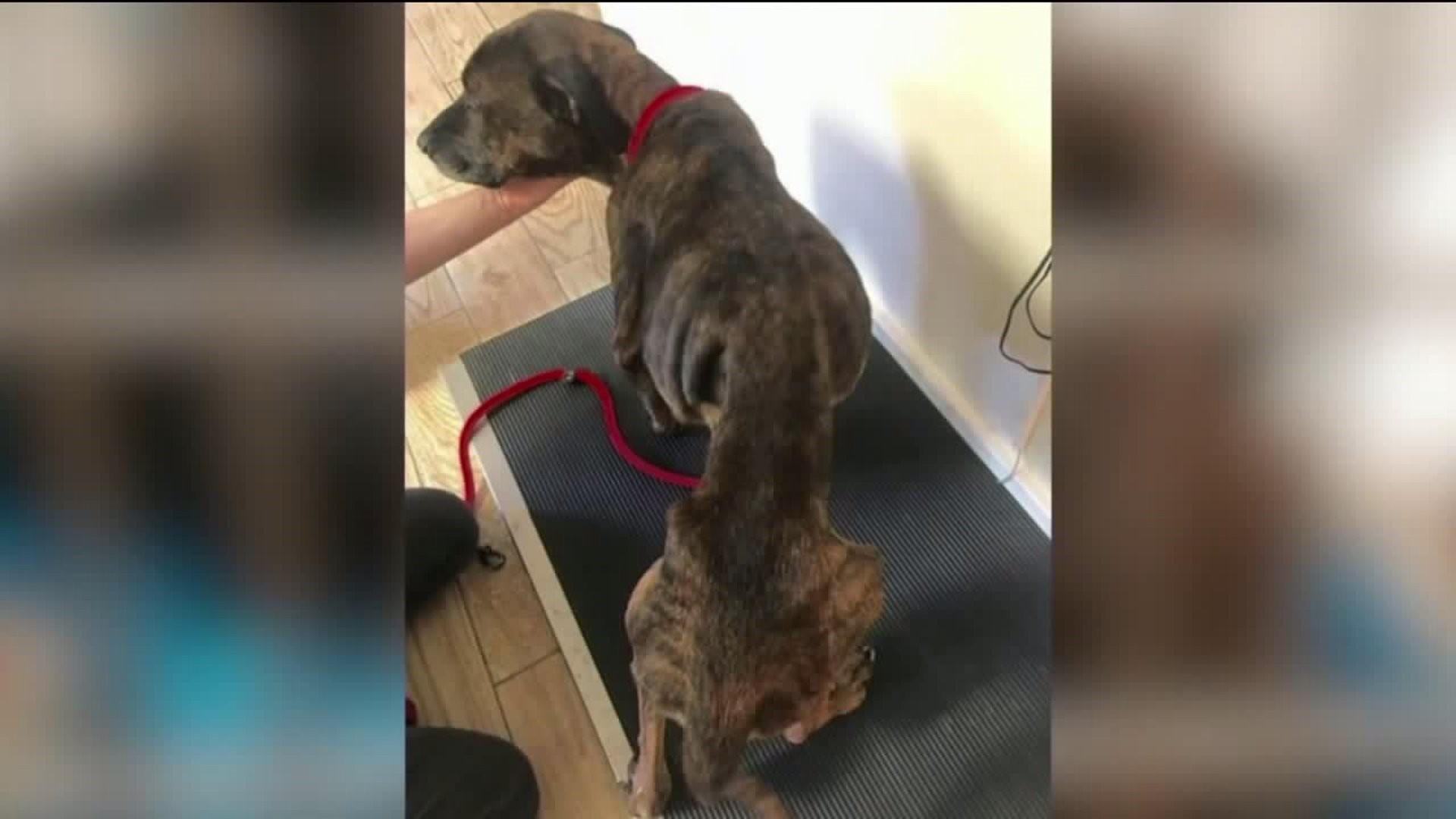 STROUD TOWNSHIP, Pa. -- When a 5-year-old pup named Mercy was brought into A.W.S.O.M. Animal Shelter on Sunday, she was nothing but skin and bones.

The terrier mix was found alone, starving on the side of the road near Marshalls Creek.

"Oh, my goodness. I was coming back from walking a dog and these gentlemen got out of their car and this literally bag of bones with fur on it, they were holding, and it was just so emaciated and it could hardly lift its head up and it was in just really bad shape," said Sandra Fellin, A.W.S.O.M.

Mercy is in kidney failure and has a long road ahead of her. Techs at the clinic are doing what they can to save her.

Because of Mercy's condition, she can't have any visitors other than volunteers at A.W.S.O.M. Mercy needs all her energy to recover.

Volunteers at A.W.S.O.M. believe Mercy was someone's pet that was left behind, not a stray. They can tell by how long the dog's nails are.

"One in this condition, it just blows your mind because how can someone leave a dog. Like we said, it wasn't running. Someone had to own this dog and just leave it there. It was unable to move on its own," said Fellin.

Community support has been a big help for Mercy, but bills are adding up. If you'd like to donate to help with medical costs, click here.