STROUD TOWNSHIP – A neglected dog in Monroe County now needs its leg amputated. The tiny Maltese was found at the doorstep of an animal shelter where someone ha... 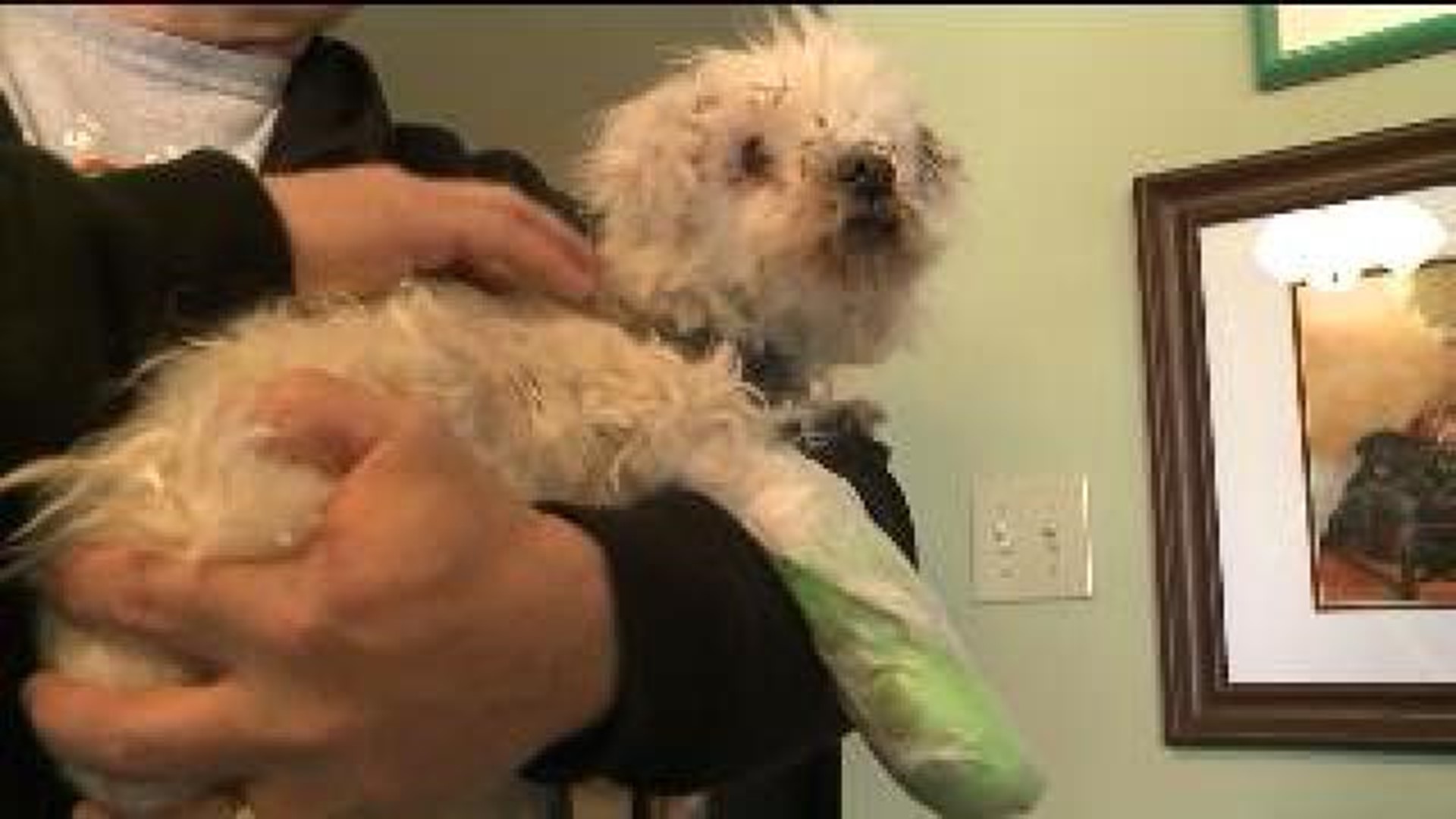 STROUD TOWNSHIP – A neglected dog in Monroe County now needs its leg amputated. The tiny Maltese was found at the doorstep of an animal shelter where someone had left it.

Workers at the AWSOM Animal Shelter near Stroudsburg say they want to know who’s responsible for dropping off the severely neglected pup at their doorstep. They want to hold the owner accountable for the pain they have put this dog through.

He’s shaking all over, but the dog’s still got some spunk. Volunteers found the Maltese abandoned outside AWSOM’s shelter near Stroudsburg, curled up in a ball, not even moving.

A photo was taken the morning the dog, now named Jacob was found. His skin raw from neglect, several teeth are rotted and need to be removed.

The pup was abandoned at AWSOM overnight Sunday, left in the cold with no food, no water, no shelter.

Vets now say they need to amputate Jacob’s leg. Dr. Bongiorno says this dog has been suffering with this severe skin infection for far too long.

"Months of neglect. I mean, how many months it's hard to say, but it's definitely months. This didn't just happen in the last week or the last month,” said Dr. Bongiorno.

Had shelter volunteers not found Jacob inside the pen they say he only had a matter of weeks to live. Now after this operation they hope to find this dog a happier home.

Vets say Jacob will need a few weeks to recover from surgery and then should be ready to go to a new home, one that will have this pup’s tail wagging in no time.

Applications for his adoption are already pouring in.

AWSOM’s Operations Manager Dave Carbone also says he wants to find out who’s responsible for this and hold someone accountable.

"The dog was not chipped, no license of course they just dumped him. Someone has to know whose dog this is. So we're looking for information from the public,” said Carbone.

Workers at AWSOM want anyone with information about the dog to give them a call. They plan to pass all tips along to law enforcement in hopes of bringing Jacob some justice.