Doe with Arrow in Head Spotted in Gated Community

A photo has been making its way around social media showing a doe with an arrow coming out of its head. The deer has been spotted several times inside A Pocono ...

WARNING: A photo in this story may be disturbing to some viewers. 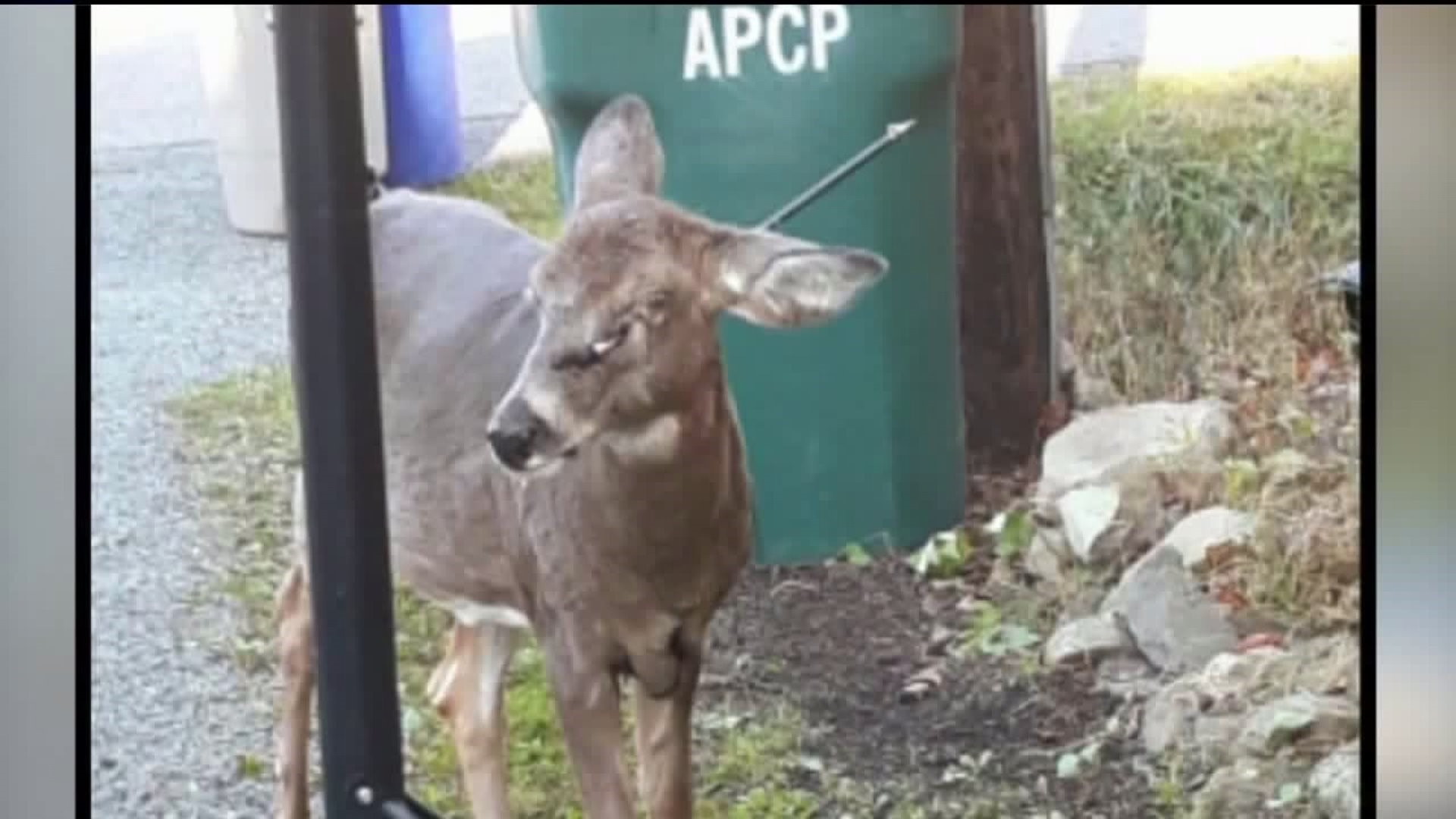 COOLBAUGH TOWNSHIP -- A photo has been making its way around social media showing a doe with an arrow coming out of its head.

The deer has been spotted several times inside A Pocono Country Place near Mount Pocono.

"I think that it's horrible. I think it gives true, respectable hunters a bad name. I hunt and to see that. It's not the first time, well, it's the first time in a development that I have seen it," said Amanda Razny, Coolbaugh Township.

The Pennsylvania Game Commission has been out to the gated community in Coolbaugh Township to look for the doe. The deer is still moving around and hard to catch.

"What I was told by the Game Commission is that if the deer is up and moving, there is really nothing we can do at this point. If the deer does go down and it's laying there, maybe we will be able to put the deer down and call the Game Commission, but at this point, we have nothing we can do. I know it's a sad situation," said Chief Kurt Cummings, A Pocono Country Place Police.

Hunting is not allowed in the residential part of A Pocono Country Place, but right next door, there are state gamelands where people do hunt. The police chief tells Newswatch 16, it is possible that's where the deer was shot.

Henry Fazekas walks his dog Cocoa in the state game land area. He sees a lot of animals, but not the one people are looking for.

"I do walk through here every day, and I see a lot of deer, but none with an arrow," said Henry Fazekas, Coolbaugh Township.

Archery season began earlier this month and goes until mid-November.

If you happen to spot the doe, you can report it to the Game Commission Northeast Regional office, or you can call police at A Pocono Country Place and give a location.

Game Commission officials say as long as the doe is able to function, there is not much they can do.