Investigators said it was a "classic suicide by cop." 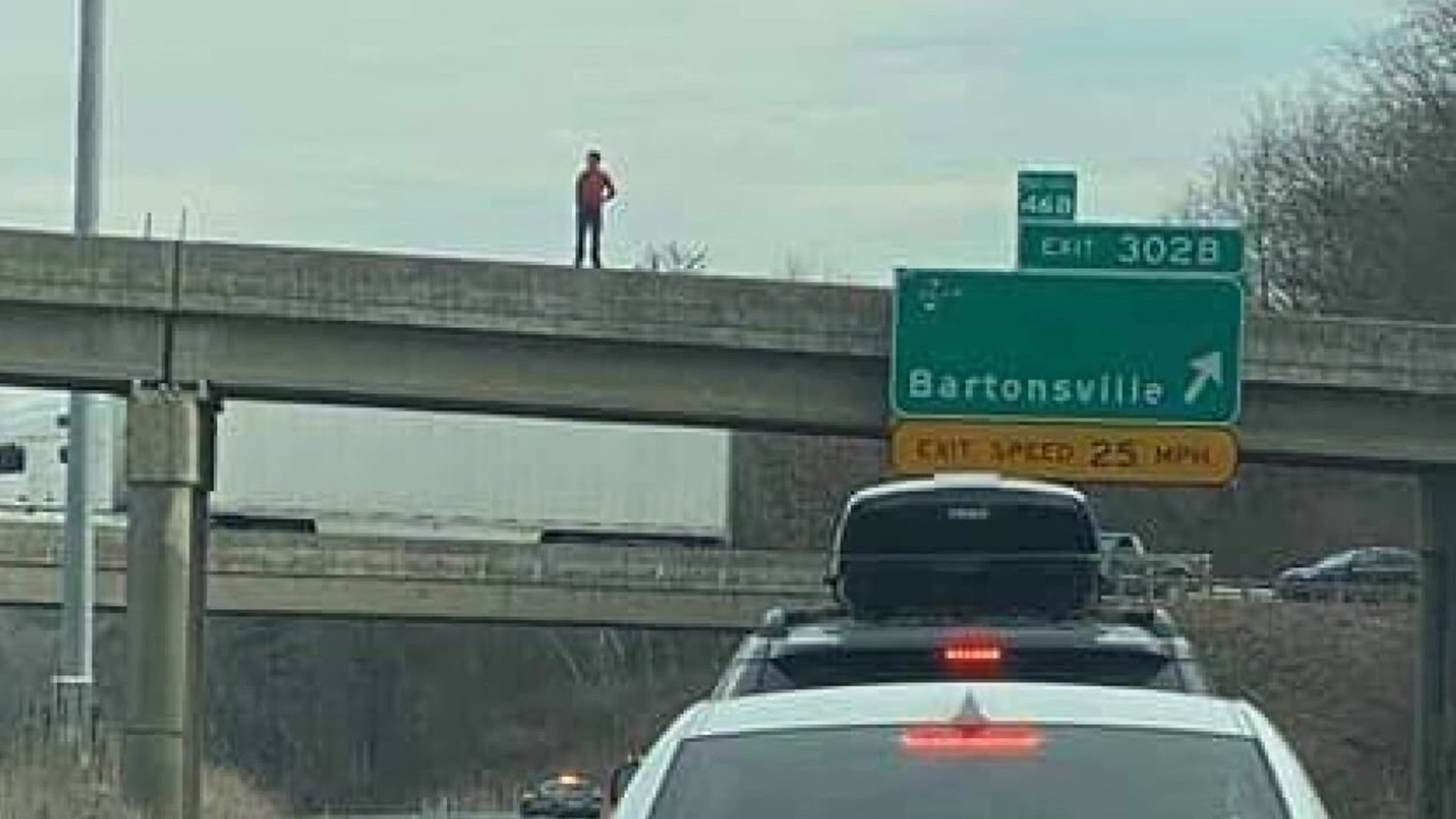 MONROE COUNTY, Pa. — The Monroe County district attorney announced the findings of an investigation into the deadly encounter between troopers and Christian Hall in December on the Interstate 80 overpass in Hamilton Township.

Monroe County First Assistant District Attorney Michael Mancuso and detectives played a video showing state police dashcam footage of what happened on the Interstate 80 overpass near Stroudsburg back in December between Hall and troopers.

"The ultimate conclusion, the use against Christian Hall of deadly force by members of the Pennsylvania State Police was justified under the circumstances due to Hall's actions which presented an imminent risk of death or serious bodily injury," Mancuso said.

Investigators say Hall left suicidal notes and messages on social media, including his death date as December 30, the day of the shooting. Police say Hall was the one who anonymously called 911 that day to report a man on the overpass. During the video, now posted to the district attorney's website, Hall asked troopers if they were "trained to shoot" and to "make it quick."

Authorities say Hall also had what appeared to be a semi-automatic handgun.

According to investigators, troopers let Hall get within 70 feet of them with the weapon in his hand before they opened fire.

"We couldn't let the public remain under impression that this was some sort of malicious shooting involving the young man. We knew that wasn't the case, but we needed to present more importantly to the public at large," said Mancuso.

After the shooting, investigators determined Hall was holding an airsoft handgun, which looks similar to a real handgun.

Attorneys for the Hall family plan to hold their own virtual news conference Wednesday.

“It was a classic suicide by cop scenario. Mr. Hall would not be deterred.” @MonroeCountyDA pic.twitter.com/h5N0dQGGij