STROUDSBURG — PPL says Friday’s storm will rank among the 10 worst ever to affect its customers in eastern Pennsylvania. As of Sunday morning, the u... 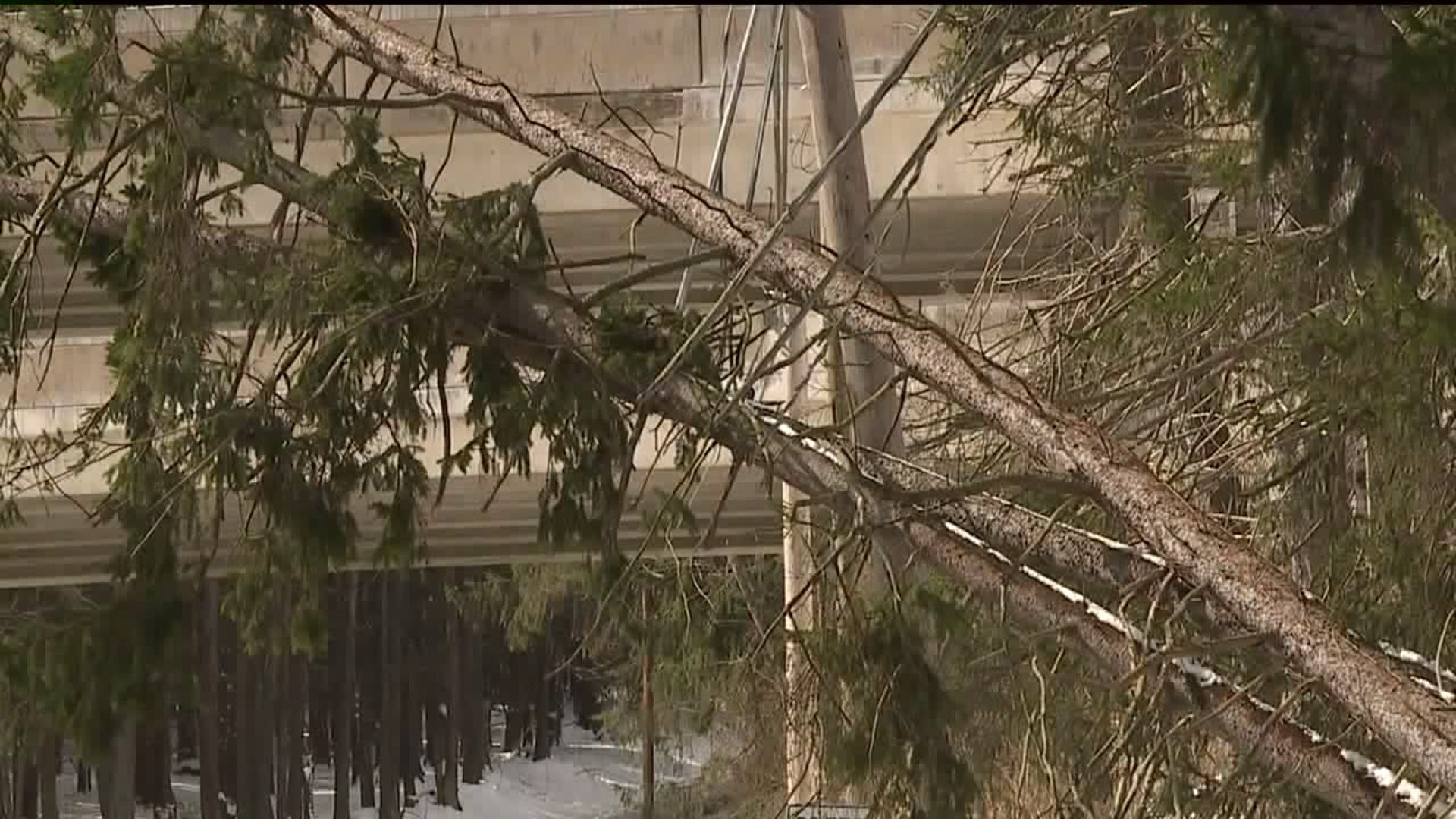 STROUDSBURG -- PPL says Friday's storm will rank among the 10 worst ever to affect its customers in eastern Pennsylvania.

As of Sunday morning, the utility company reported more than 50,000 customers remain without power, mostly in the Poconos. PPL tells Newswatch 16 it's primarily because of the trees down on power lines.

Met-Ed is reporting similar numbers, with more than 30,000 customers in the dark, mostly in Monroe and Pike counties.

After Friday's damaging winter storm, the pressure is on to restore power in this part of the Poconos with thousands of people living without the basics.

"I've been dealing with no showers, no power, no heat, no anything. We've just been in the dead zone here," said Chris Knierim of Tannersville.

People in the Tannersville area don't expect power back for days. The same goes for other parts of the county.

"Frightening. I have no water. I'm not gonna have any water or anything until I think Wednesday," said Beverly Staples of Reeders.

That's when PPL says parts of northeastern Pennsylvania can expect to have the power back on at the latest.

The demand for tree and electric crews is so high, PPL is calling back crews from Puerto Rico and bringing in 100 contractors from other utility companies up and down the east coast. Pleasant Valley High School near Brodheadsville is one of the places crews are waiting to be dispatched to trouble spots.

Newswatch 16 spoke with crews from North Carolina, Kentucky, and Indiana who say they're not leaving until the power is back on.

"We have about 1,500 PPL crews out right now and personnel trying to get people updated as soon as we can," said Chris Shoemaker, PPL Electric Utilities.

But those crews are facing many challenges with a large number of trees on power lines all over the region.

"We're working as safely and quickly as possible to get these things fixed," Shoemaker added.

Until then, the Red Cross has set up shelters throughout the Poconos for people without power, including Stroudsburg High School at 1100 West Main Street in Stroudsburg.

There are also shelters located at Dingman Township V.F.D. at 680 Log Tavern Road in Milford and at Central Volunteer Fire Department, 574 Westcolang Road in Hawley.

More than 50 people were taking advantage of the shelter at Stroudsburg High School Sunday afternoon to get warm.

"This storm has presented a unique challenge for us because the damage is not just confined to a county or two. It was much of northeast Pennsylvania, the Poconos, the Lehigh Valley, and even the Philadelphia area, so our crews are stretched pretty thin dealing with just the sheer size of the storm," said Dave Skutnik, American Red Cross.

The Red Cross tells Newswatch 16 anyone without power can come to these shelters throughout the region to get warm, take a hot shower, charge devices, or get a hot meal.

According to PPL, people can expect power back on by Wednesday at the latest, but it could be sooner.