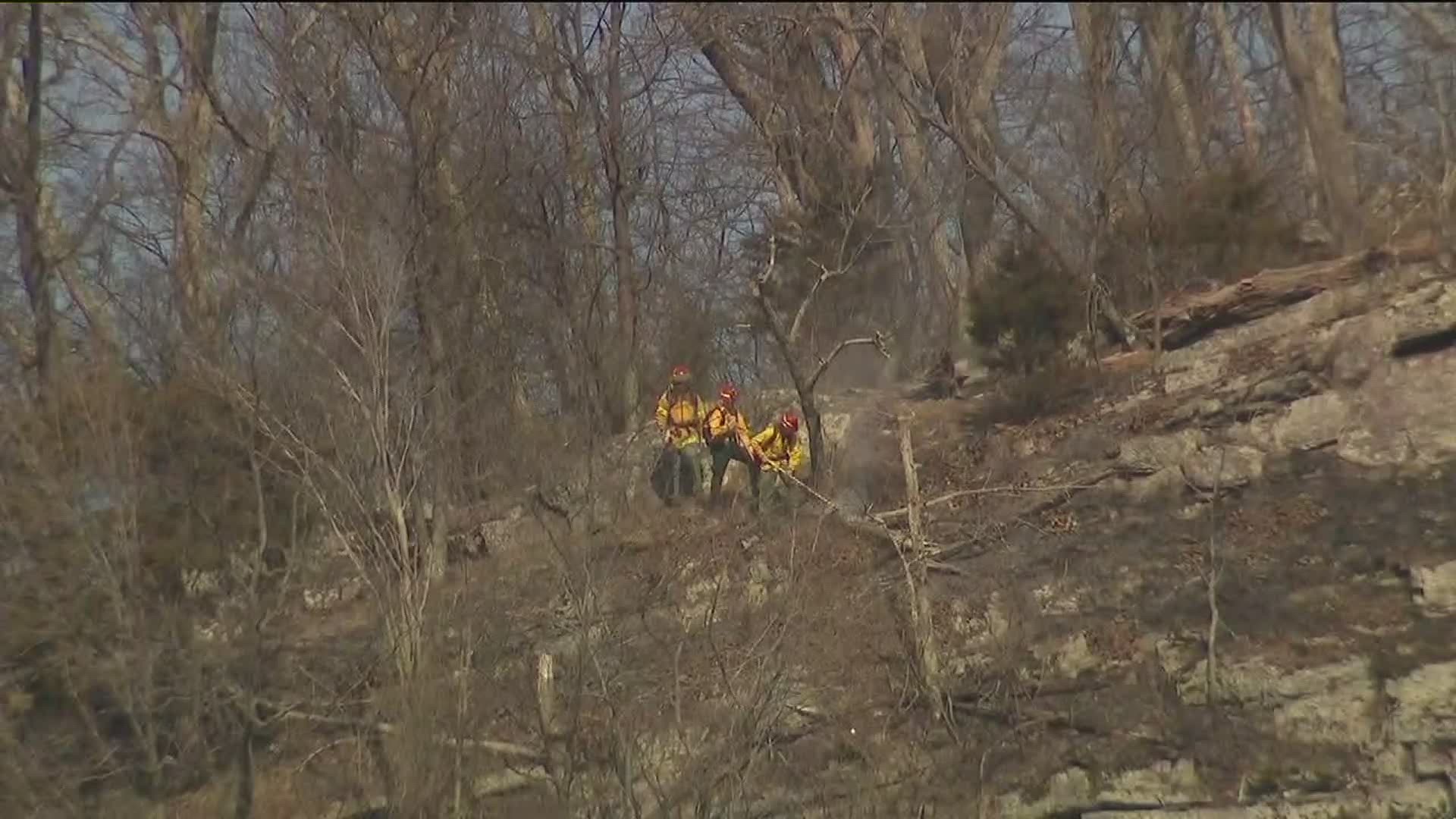 DELAWARE WATER GAP, Pa. — State and federal firefighters are battling flames on Mount Tammany. It's on the New Jersey side of the Delaware Water Gap.

Officials are calling this fire the Rockface fire after flames spread throughout the rocky forest on Mount Tamanny starting around 2:30 p.m. Sunday.

The fire captivated drivers on Interstate 80 as they passed through Delaware Water Gap. The brush fire on the New Jersey side of the river sparked Sunday afternoon.

By Monday morning, the flames had burned about 70 acres of the national recreation area. A haze rose between Mount Minsi and Mount Tammany.

Firefighters say several areas of the fire are contained. Other areas are still at risk of spreading.

"We will have helicopters working. They're going to be shuttling some personnel to a helispot that's close to the fire so they can hike in, and they're also possibly going to be doing some water drops. That'll be mostly along the Route 80 corridor," said Robert Kerschner, New Jersey Forest Fire Service.

Fighting the fire is a joint effort. The National Park Service, the New Jersey Forest Fire Service, and other agencies are working together to put out the fire.

"That's a tough area to get to, that Red Dot Trail. It's the quickest way up to the top of the Indian Head, but it's also the hardest. Those guys are buggy luggin' up there, and there's no water," said New Jersey resident Charlie Fineran.

While people who live near Mount Tammany describe the scene Sunday night as scary, they're thankful for the progress crews have made.

"We're only about eight miles away, so we were worried about it jumping the river. We were thankful the wind was down, so it wasn't too much of a threat," said East Stroudsburg resident Stacey Bassant.

Visitors are being asked to avoid the trails near the fire, specifically the Red Dot and Blue Trails on Mount Tammany. Other parts of the park are still open.

According to the DEP, we need about a half-inch of rain before they can be confident the fire won't spread any further. DEP officials say this is one of the largest brush fires they've seen here in Delaware Water Gap National Recreation Area, and battling it has been difficult because of its remote location.