HAMILTON TOWNSHIP, Pa. — Two people are dead after a single-engine, homemade plane crashed into a swamp near Snydersville. According to the FAA, the plane... 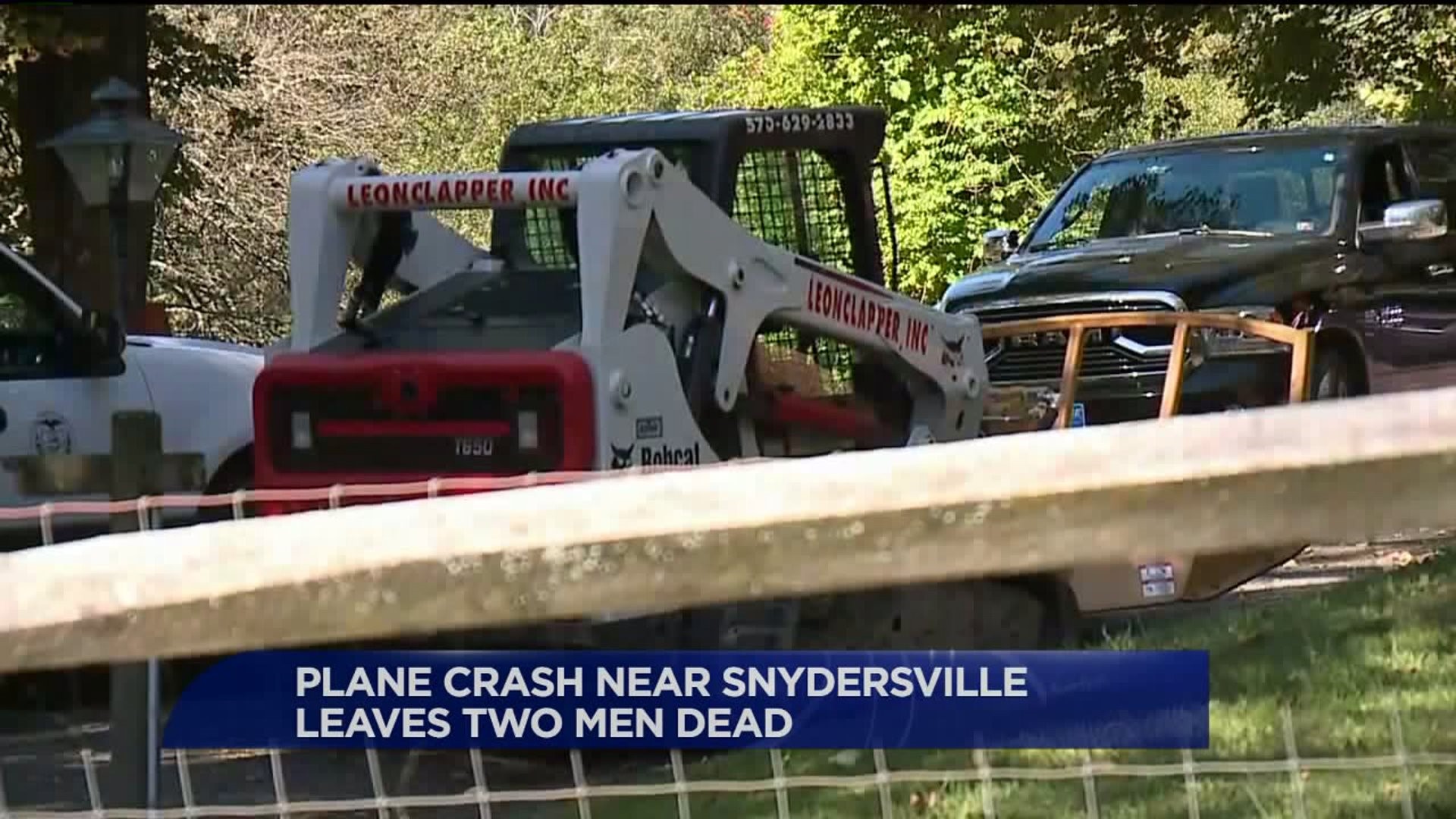 HAMILTON TOWNSHIP, Pa. -- Two people are dead after a single-engine, homemade plane crashed into a swamp near Snydersville.

According to the FAA, the plane took off from Pegasus Airpark near Stroudsburg at noon on Tuesday. It was reported missing Tuesday night.

Rescue crews were called to Neyhart Road in Hamilton Township around 8 a.m. Wednesday. Crews brought in heavy machinery to try and get the plane out.

State Police and the Monroe County Coroner are investigating a small plane crash near Snydersville. There’s no word what caused the plane crash or how many people were on board. Officials with the National Transportation Safety Board have been called. @WNEP pic.twitter.com/IdpvGebmKe

Rescue crews had a tough time getting to the crash site.

"It took us hours to get them. Apparently, they left yesterday. Something happened yesterday to the best of our knowledge. We don't have the exact time but between 12:30 and 1:30 yesterday. This morning, a local contractor in his helicopter, who knows them quite well, they didn't show up to a meeting yesterday. He followed where he should fly from and to, and the gentleman in his helicopter followed the path and found his buddy this morning," said Chief Leon Clapper, Blue Ridge Hook and Ladder.

The National Transportation Safety Board was called in to figure out why the plane crashed. Investigators have not given any other information at this time.

The names of the victims have not been released. However, officials did confirm that one man is from the Monroe County area. The other was a professional pilot.