JACKSON TOWNSHIP, Pa. — The coroner has been called to a crash involving a tractor-trailer in Monroe County. 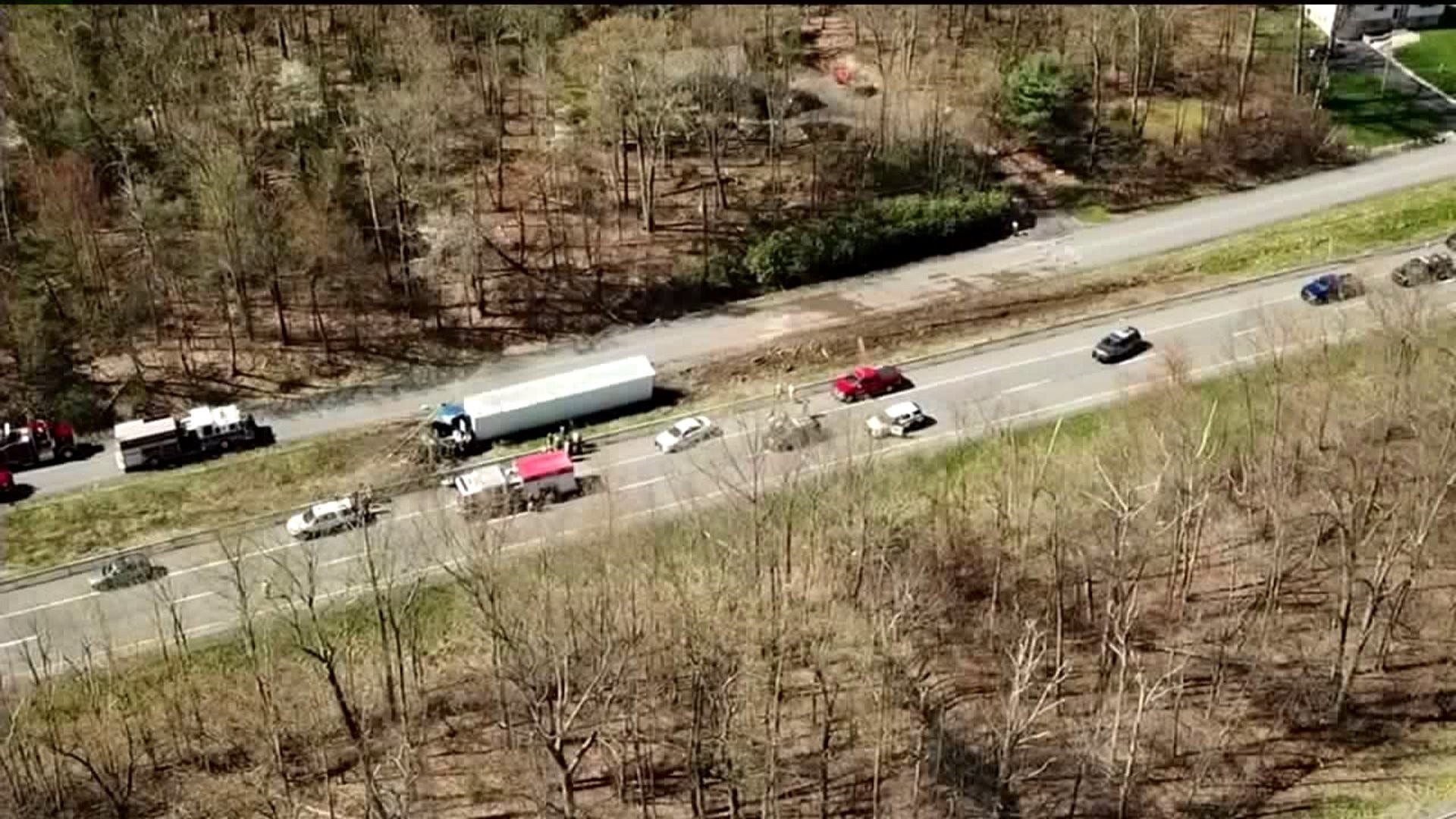 #BREAKING: The Monroe County Coroner confirms he has been called to a crash involving a tractor trailer on Interstate 80 East MM 296 near the Tannersville exit. @WNEP pic.twitter.com/EEI3RmHSbM

JACKSON TOWNSHIP, Pa. -- At least one person in a tractor-trailer is dead after the crash on Interstate 80 east in Jackson Township.

It happened near the Tannersville exit at mile marker 296.

State police had a portion of the interstate shut down. It reopened at about 11 a.m.

The crash happened just after 9 a.m. near a construction zone area.

Here is a view from Skycam 16 of the fatal crash involving a tractor trailer on Interstate 80 east near the Tannersville exit. Right now, that stretch of 80 is closed to traffic. @WNEP pic.twitter.com/FMYH49U64z

Both eastbound lanes were closed between mile marker 293 and 298. Crews reopened the highway around 11 a.m.

The Monroe County coroner said Adeolu Adeyemi, 43, from Illinois, was killed in the crash. No other passengers were in the rig.