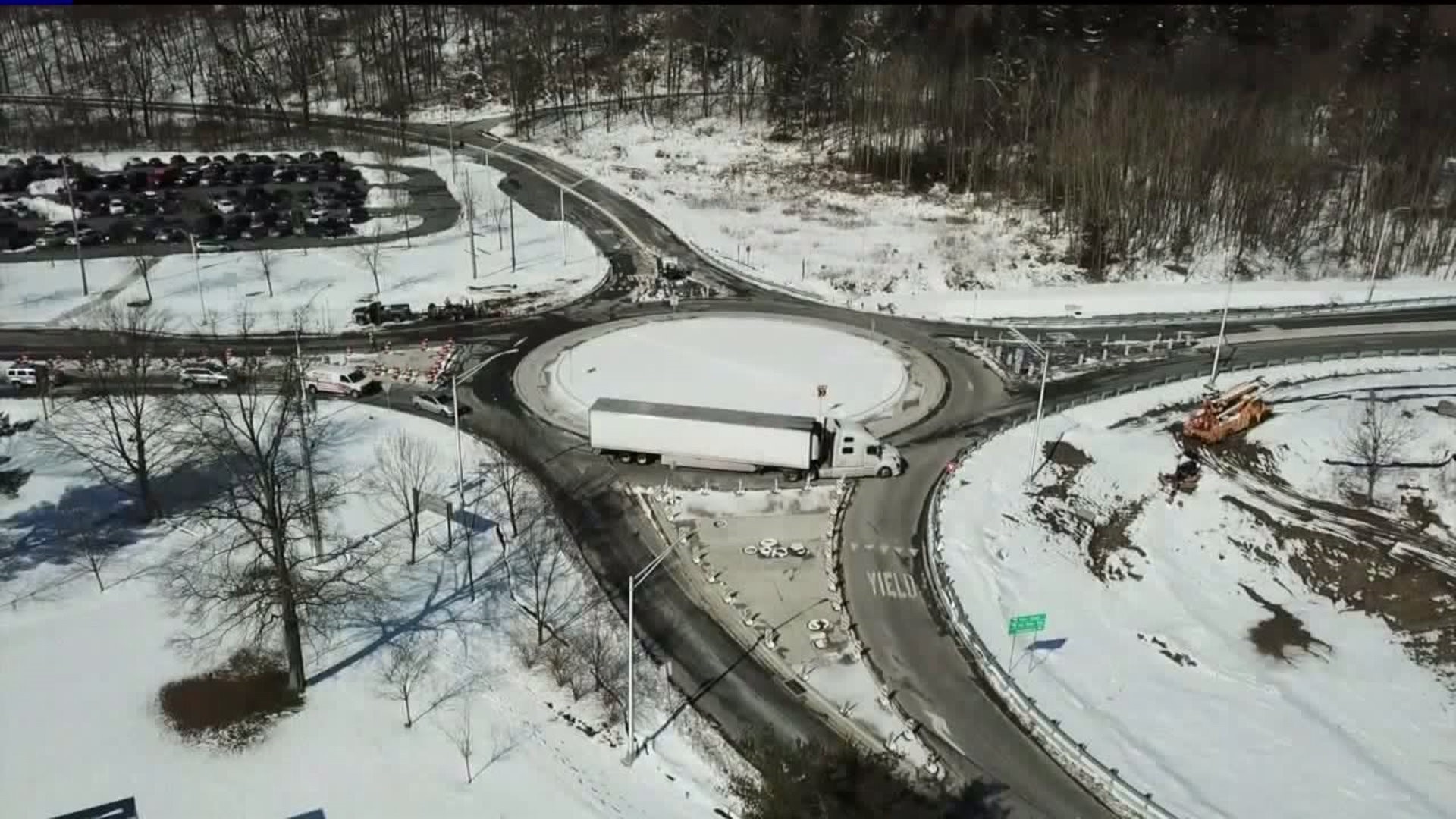 DELAWARE WATER GAP, Pa. --  A new roundabout in Delaware Water Gap is almost finished, but drivers are already noticing some issues, especially those behind the wheel of a big rig.

Drivers we spoke to aren't surprised there is already damage because they think the circle is too narrow, to begin with.

The new roundabout in Delaware Water Gap looks great from above, but down below, tractor-trailer drivers are noticing a problem.

Some drivers say it's a tight squeeze for a big rig.

"I don't mind roundabouts. It doesn't make a difference to me. It's just another piece of road, but when you make it really, really tight where tractor-trailer tires can hug and touch the curb, that creates a liability for the driver," said driver David Josselyn.

A PennDOT spokesperson says there is "no reason to believe there is anything physically wrong with the size of the roundabout," and "it could be operator error due to speed or lack of knowledge to the construction work."

"It's not too bad, but I have a short trailer. You just have to go slow and be real careful," said driver Clyde Fuoss.

To prevent any further damage, PennDOT officials say that they are reviewing the construction to make sure that it matches the design.

PennDOT officials say some drivers might also not be using the inside apron that was designed for larger trucks.

Either way, some drivers plan to avoid this area at all costs.

"This is my first time into this rest area, and it will be my last because it's too much legal liability for me," Josselyn said.

PennDOT officials say if there is any change they can make to improve safety, they plan to do it.