Commuters wonder how they'll get back and forth from their jobs to their homes. 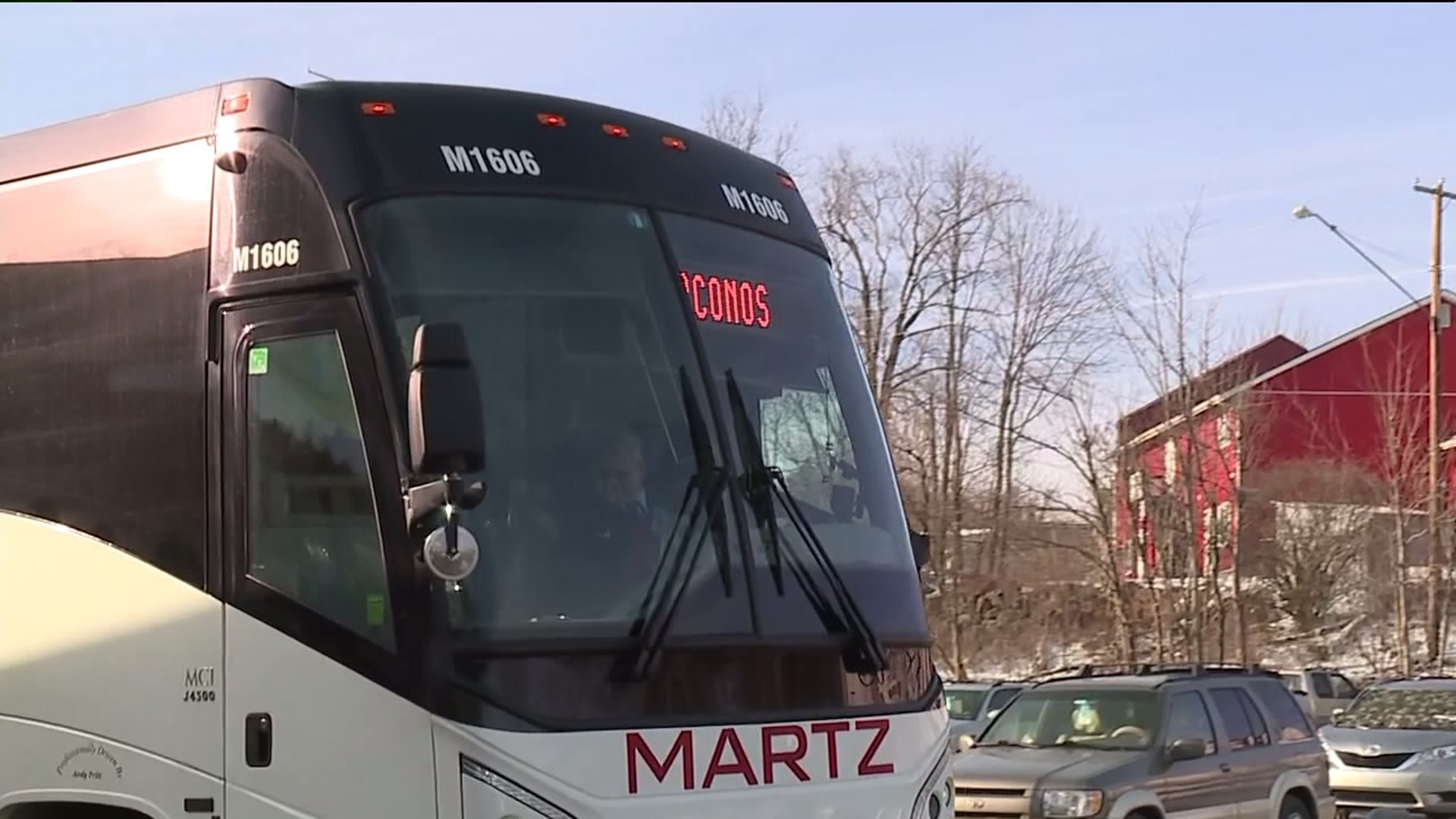 MOUNT POCONO, Pa. — Martz announced it will suspend bus service to New York City and Philadelphia from Northeastern Pennsylvania to help stop the spread of the coronavirus.

As commuters wait for their ride to New York City at the Martz terminal in Mount Pocono, their minds are days ahead, wondering how they'll get back and forth from their jobs to their homes after this week.

Martz announced it was suspending bus service from Northeastern Pennsylvania to and from New York City and Philadelphia; two cities hit hard by COVID-19.

"They could have given a little bit more notice," said Melissa Sanders from Tobyhanna. "Like maybe put a note up or something. I heard it from another passenger."

Martz said this Friday will be its last day for trips to those cities and plans for a return by April 13.

This comes a day after Dr. Anthony Fauci advised those who left New York City recently to self-quarantine for two weeks.

"Yeah, I just told her that they're going to shut down Friday," said the man who told Sanders about the service shutting down.

Over at the Martz terminal in Delaware Water Gap, there were plenty of people getting off this Martz bus coming back from New York.

No one we spoke to plans to self-quarantine.

Carlos Larregui from Kunkletown works as a doorman in Manhattan.

He understands that Martz is trying to keep the outbreak from getting worse.

"The drivers need to be home with their families. I understand, we're under lockdown," said Larregui, referencing the stay-at-home order put in place by Governor Wolf for all of Monroe County. "It's the same case in the city."

The commuters we spoke to said they still have to go to work, they'll just have to find another way to get to New York City.

"I'm going to have to drive," said Keith Tompkins from Canadensis.

"Starting Friday, so that means I'm going to have to drive, Monday to Friday, by myself," said Larregui. "110 miles each way, plus gas and whatever tolls."

"I don't know, I am going to have to figure it out, probably rent a car, there's ways," said another commuter.

Martz hopes service to New York City and Philadelphia to be back by April 13.