EAST STROUDSBURG, Pa. — College enrollment numbers across the nation are slipping, but here in Pennsylvania, numbers are at a low not seen in years. There... 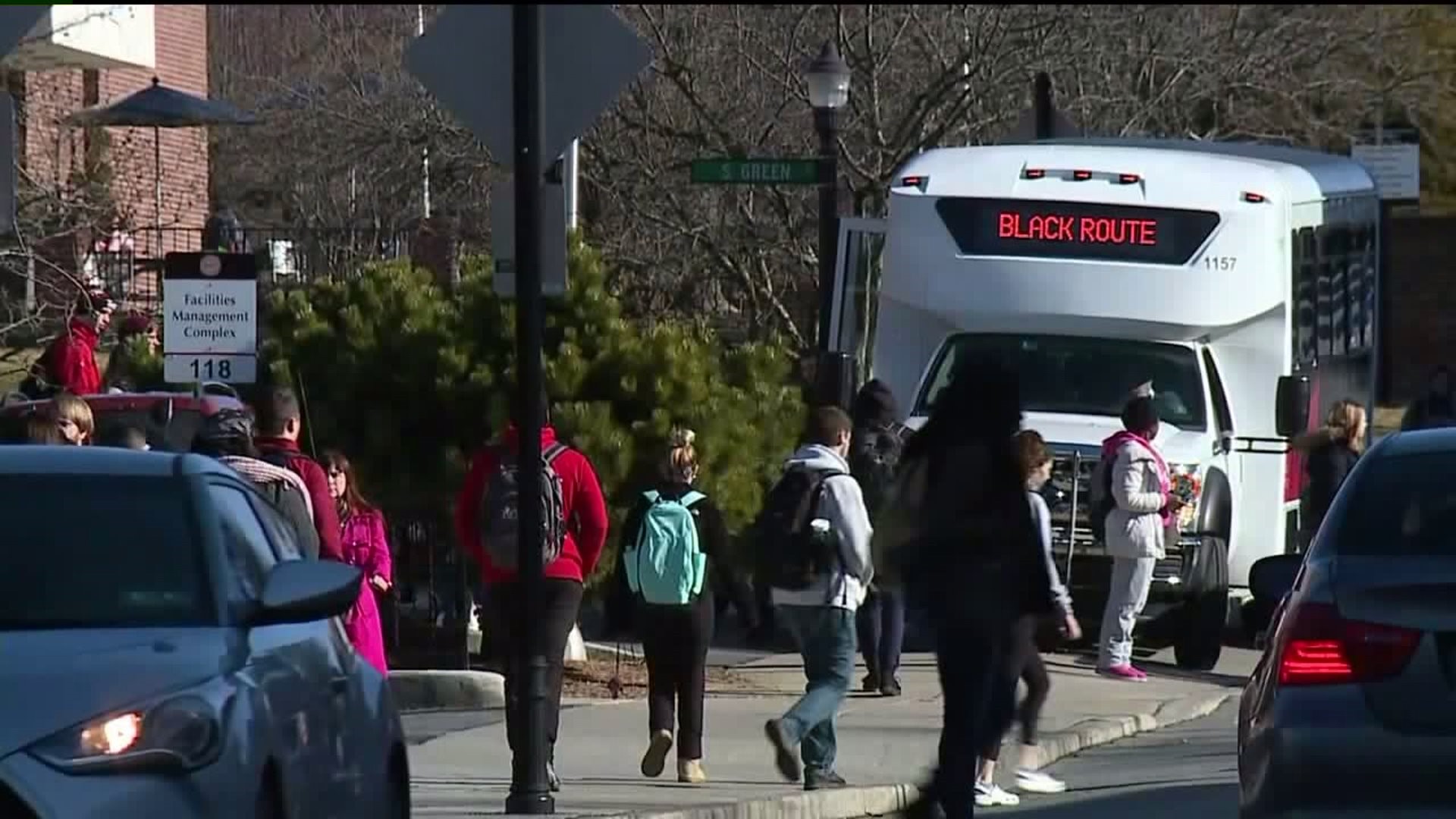 EAST STROUDSBURG, Pa. -- College enrollment numbers across the nation are slipping, but here in Pennsylvania, numbers are at a low not seen in years.

There is an especially steep decline in the system of state-owned universities.

Young minds are being put to work at Monroe County Technical Institute near Stroudsburg.

Justin Amoruso is a sophomore at Pleasant Valley High School and a tech student studying carpentry.

"I was always hands-on. I like to work with my hands. I am skilled in mathematics, and so I figured let me try a tech school," Amoruso said.

According to administrators at the tech school in Pocono Township, enrollment is up about 15 percent since 2014, and the need for trade workers is in high demand.

"One thing that we take pride in is that we give kids options," said MCTI director Dennis Virga. "If they want to enter the workforce through credentials or certifications or if they want to go to post-secondary, we do advocate for them to go to post-secondary, but it's important that they have those options. It's also important that they know which pathway they would prefer earlier on."

College is an option for some students after tech school, but some others have decided post-secondary is not for them.

"I chose to get into this because I didn't really feel like college was for me because it's too expensive," said Francois.

The burden of debt is a fear of Francois, who is studying masonry at MCTI. He knows he is not alone.

"We have seen a decline in the last two to three years. There are a variety of factors that have contributed to that," said ESU vice president Kenneth Long.

Administrators at East Stroudsburg University say colleges across the state are feeling a pinch when it comes to meeting enrollment numbers.

Since 2010, enrollment at ESU is down 16 percent, and it's the same at other state-owned universities.

At East Stroudsburg, the shift is forcing educators to create more avenues for students.

"I think it certainly has helped us take a real hard look at our programs and do a real self-evaluation of what the best things we can do to help move students forward and make them give them the opportunity for the best potential for success. I think in that regard, sometimes pinching is a good thing. Sometimes when you get pinched, you get some great ideas," said Bill Cheetham, ESU enrollment management.

"We are recognizing that our students are changing, that more and more the types of students we have are going into the area that is nontraditional," said associate provost Jeff Weber. "The shift, it's not a crisis. It's a population shift that you're supposed to be providing a service to. That is all we are really doing. It's one of the main things we are doing on the academic side."

For students at ESU, enrollment decline across the state does not come as a shock. And while some students question if their degree is worth the tuition, they understand some careers come with a price tag.

"It's a little bit frustrating, but if it's what interests you and that is what is going to make you happy in the end, then you do need to do to be happy, in my opinion, no matter the debt," said senior Allyson Stitzer.

"I was never really a person to work with my hands, physical stuff. I have always been really good with academics and intellectual stuff. For me, it was easier for me to go to college, learn the information and then apply it to what I want to do," said grad student Dominique Di Cola.

In a statement sent to Newswatch 16 from the Pennsylvania State System of Higher Education, officials say one area of focus is student retention. Officials are looking into how they can improve academic advising and help students in danger of dropping out.