HAMILTON TOWNSHIP, Pa. — Crews rescued two horses that escaped a farm and fell through the ice in the middle of a frozen lake near Stroudsburg. Gunther an... 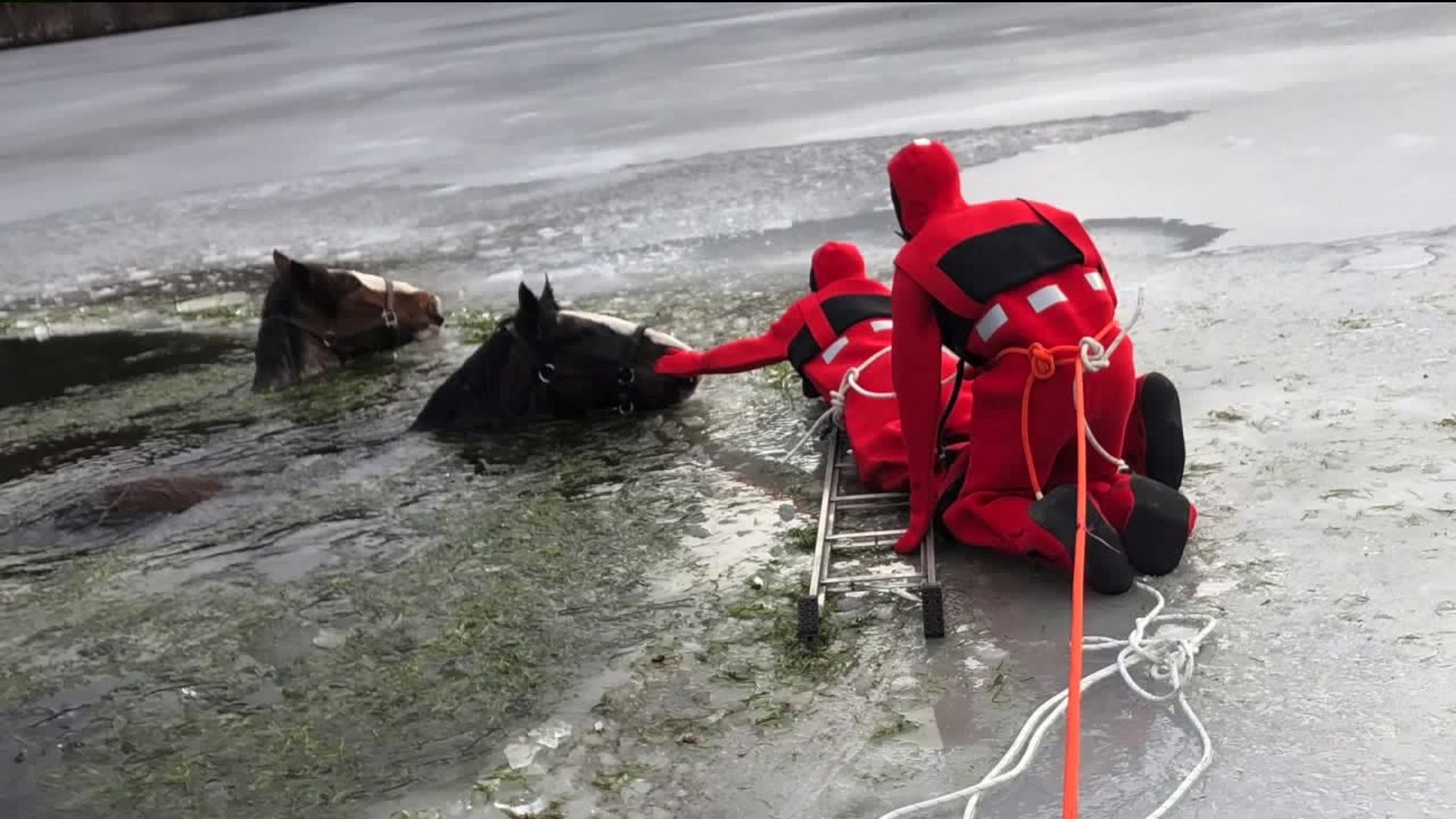 HAMILTON TOWNSHIP, Pa. -- Crews rescued two horses that escaped a farm and fell through the ice in the middle of a frozen lake near Stroudsburg.

Gunther and Wilhelm are two 15-year-old Clydesdales that live at Quiet Valley Living Historical Farm near Stroudsburg. Their owners say they got out Saturday morning and wandered onto a frozen lake before falling through the ice.

Rescue crews say they had to create a trench to walk the horses out of the lake.

"There was no way we were gonna pick them up, put them on the ice, and slide them out on a boat," explained Chief Leon Clapper, Blue Ridge Hook & Ladder Fire Company.

The crews were able to guide the horses to land where veterinarians helped dry off and warm the horses.

A spokesperson for Quiet Valley Farms tells Newswatch 16 the horses made it out of the situation without any broken bones.

"But thank heavens they're in good shape, eating right away, which is typical of the guys," said Deborah DiPasquale, Quiet Valley Farms.

"It was good to see they had a good appetite and have them both on their feet. That's always an important sign for a horse."

"Never in 54 years has this ever happened. We've never had an animal or a human lost in the lake, so this is a first," Reading said.

Reading says the rescue was an emotional experience.

"There were tears because we were worried. They are beautiful, beautiful animals. Everybody worked together and got these horses out safely."

"Bless their hearts, they're good strong horses. That was definitely something in their favor," said DiPasquale.

People from Quiet Valley Farms tell us veterinarians will be keeping a close eye on both Gunther and Wilhelm over the next few days to make sure they are OK.