Cleaning Up After the Storm in the Poconos

POCONO TOWNSHIP, Pa. — A large tree trunk came crashing down into a mobile home at Maple Rock Campsites near Tannersville. It was brought down by strong w... 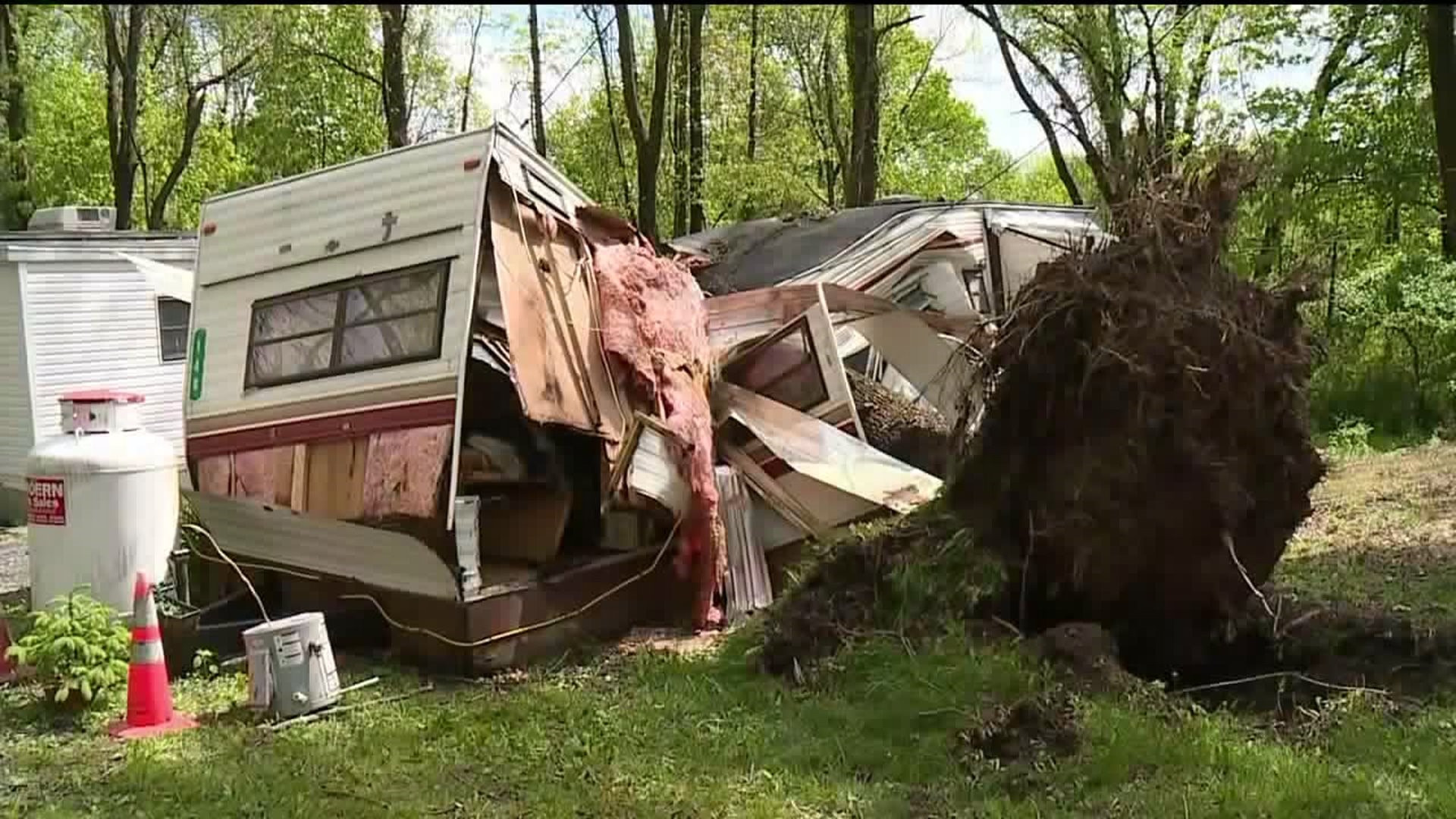 POCONO TOWNSHIP, Pa. -- A large tree trunk came crashing down into a mobile home at Maple Rock Campsites near Tannersville. It was brought down by strong winds and rain during Sunday night's storm.

The couple inside were able to make it out, as did their neighbors, who also felt the wrath of Mother Nature.

Lots of storm damage throughout Pocono Twp. A tree smashed into a mobile home at Maple Rock Campsites. The couple inside made it out safely. In another part of the township, downed trees destroyed multiple vehicles. @WNEP pic.twitter.com/HrSghvsL2W

"The wind was building up. It was getting louder and louder like a freight train and then all of a sudden, a large crash. The whole place was shaking. We were lifted off our feet," said Joe Manina, Pocono Township.

Joe Manina and his wife Andrea have extensive damage to the back of their mobile home. A tree took out their bathroom and part of a bedroom.

"Usually at 7, I go to brush my teeth, but last night I decided not to do it because we have to pray the rosary. So we went to the living room and prayed the rosary and after that, we heard a large noise and saw that it hit my trailer," said Andrea Manina.

Newswatch 16 also found heavy storm damage in another part of Pocono Township, where four cars have been crushed by trees.

"I was thinking maybe some branches came down but when I opened the door, it was like a war zone. It was not what I was expecting," said Krista Scarpelli, Pocono Township.

Pocono Township was one of the hardest hit areas.

Krista Scarpelli says not only did she lose four vehicles, but the side of her home is also damaged.

"We were just sitting down eating dinner and the wind really picked up. We looked out of our glass sliding door in the back and saw some hail coming down and within minutes we just heard loud bangs. It sounded like a train coming through," said Scarpelli.

Power was out for several hours as crews worked to clear trees and fix wires.

According to PPL, most of the power to homes and businesses is restored in Pocono Township.