Family of man shot by police asking for state investigation

Christian Hall was shot and killed by state police on December 30 on the overpass to Interstate 80 in Hamilton Township. 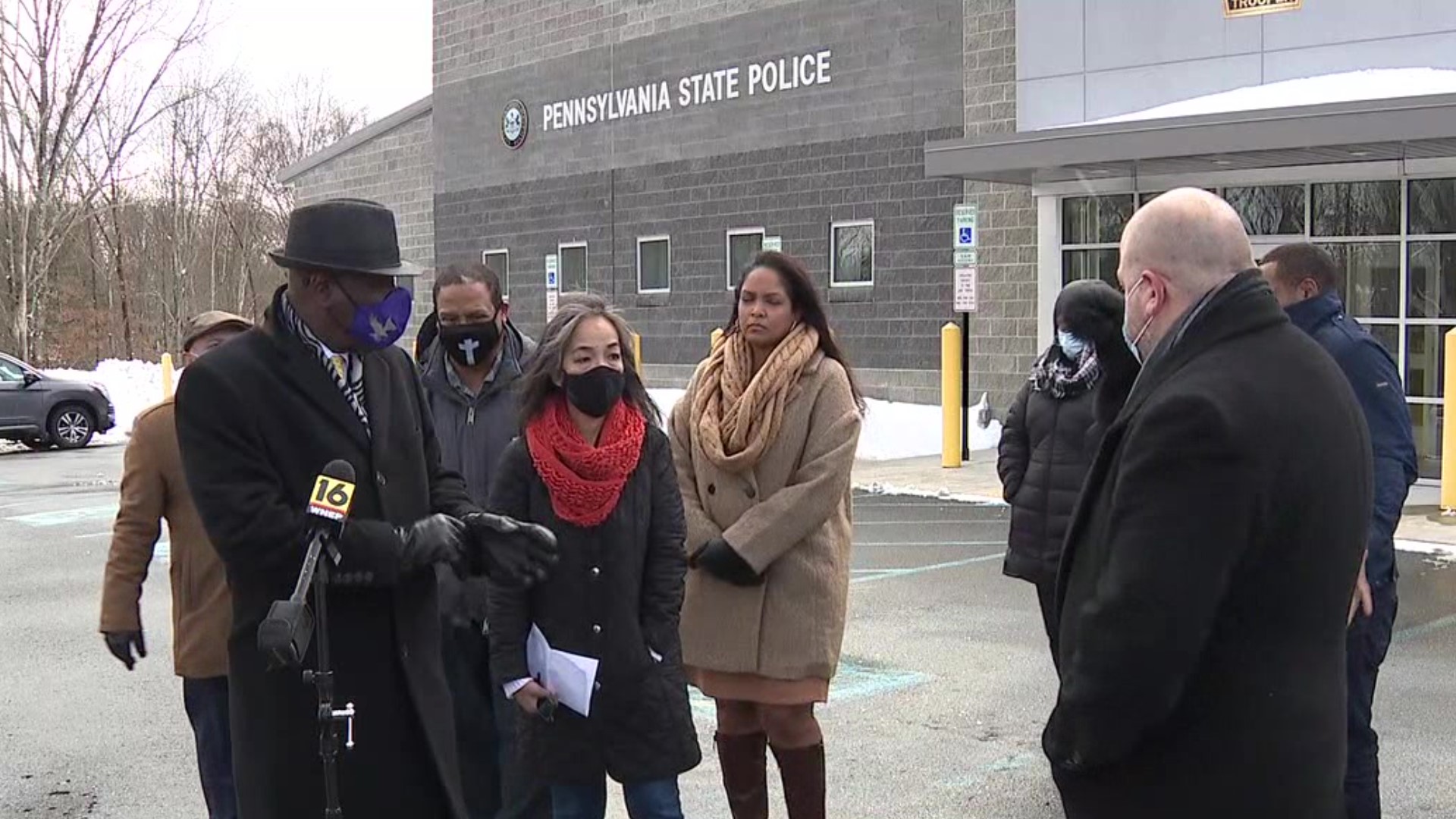 MONROE COUNTY, Pa. — Attorneys for the family of a man shot and killed by state police in Monroe County are asking for the state's top cop to investigate the shooting.

Police say the man, Christian Hall, 19, was standing near a bridge with a gun, and at one point, pointed the gun in the direction of officers. That's when troopers opened fire.

"He needed help," said his mother, Fe Hall. "He was looking for help, but instead of getting help, he was killed by those who were supposed to help him."

Hall was shot and killed by state police on December 30 on the overpass to Interstate 80 in Hamilton Township after reports of a distraught man with a gun on the bridge.

Troopers say, at one point during negotiations, Hall became uncooperative and pointed the gun in the direction of officers. State police fired, striking Hall.

Civil rights attorney Benjamin Crump, who has been representing George Floyd's family, the man killed by police in Minnesota, says a video circulating online shows a different story. Crump says in the video, it appears Hall had his hands up, and the police shot anyway.

"He was having a crisis. There is a suggestion that he was contemplating suicide. He was crying out for help," said Crump. "Christian Hall needed a helping hand, but yet he got bullets while he had his hands up."

Attorneys for the Hall family are asking for the Pennsylvania attorney general's office to look into the shooting.

"This needs a completely independent look. These troopers, while they are state police, the fact is they work with local police and local prosecutors to prosecute their cases. It is simply impossible to have an independent investigation when you're investigating people that you work with every day. This needs to go to Attorney General Josh Shapiro," said Devon Jacob, a Hall family attorney.

In a statement sent to Newswatch 16, the district attorney's office says, in part, "No one from Mr. Hall's legal team has reached out to us at all. We weren't told that the attorneys were going to conduct a press conference today. We have not been asked to provide any information relative to this matter. We are still awaiting certain reports and results before we make any final decision."

The attorney general's office says they have not been requested, and under Pennsylvania law, the AG's office does not have jurisdiction to investigate this matter unless a referral comes from the Monroe County district attorney.